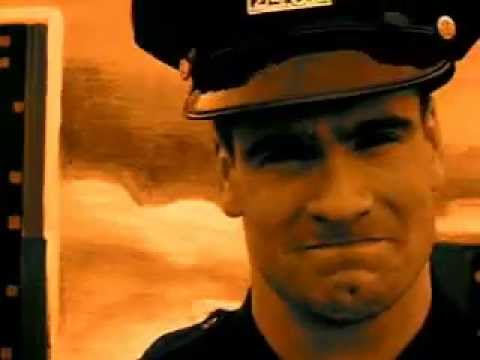 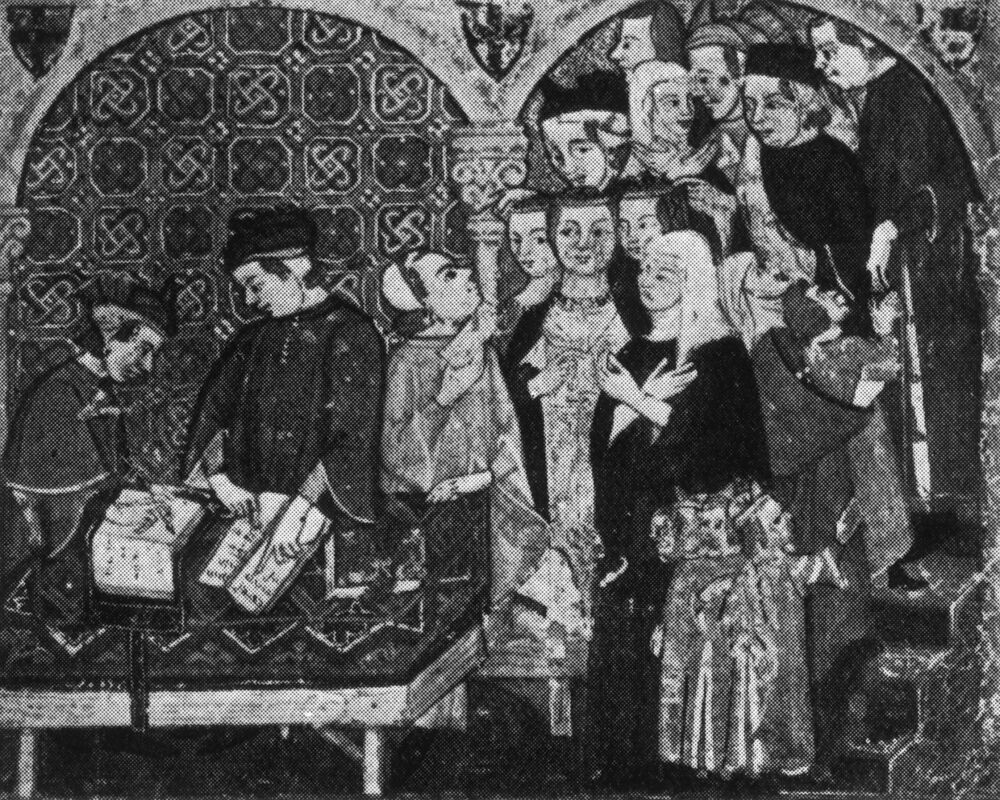 Italy’s populist administration ended 2018 with a remarkable U-turn in its debut budget. The New Year has presented another awkward choice to the governing League and Five Star parties — this time on banks.

On Wednesday, the European Central Bank put in special administration at Banca Carige SpA, a mid-sized lender, after its shareholders rejected a plan to raise capital, prompting some board members to resign. The move could buy the bank some time but is unlikely to solve its deeper problems. These include a mountain of bad loans and a lackluster outlook, compounded by Italy’s stuttering economy.

The first act of the administrators will be to execute the botched fund-raising to appease the supervisors. The bank can’t raise fresh capital from the market, but it can rely on 320 million euros ($366 million) of subordinated loans from a special industry fund, which can be turned into equity.

Yet there’s a real risk that the bank burns quickly through any new money, much as it’s done for the past four years. That would make it impossible for Carige to carry on alone. And here’s where the trouble for the government — and Five Star in particular — really starts.

The populists have campaigned for years on two conflicting promises. First, they vowed to stop giving money to the banks, saying they would support smaller companies and poorer citizens instead. Second, they pledged to shield from losses not just retail bondholders, but also shareholders in the event of a bank failure. That much-disputed 2019 budget includes a 1.5 billion euro fund to reimburse those who lost money in a string of recent bank meltdowns.

These two objectives are plainly impossible to square with each other. A hard law of banking is that in the absence of a private sector solution, there’s no option other than bailing out existing investors (at least in part) or making them take losses. The Five Star Movement sought to hide this truism by distinguishing between “naughty” bankers who ought to be punished and “poor” investors, who must be saved. But any step the government takes on Carige case will no doubt involve a choice between letting the lender go belly up or pouring money into the loathed banking sector.

Realistically, the government has three options. The first is to go ahead with some form of nationalization through a “precautionary recapitalization,” as the previous government did with Monte dei Paschi di Siena. This needs the support of the ECB, which could object that the bank is too small to qualify. Most important, this approach demands that the government injects capital into the bank and imposes losses on shareholders and some bondholders. Both are toxic ideas given the earlier pledges of the populist government.

The second choice is to wait for the ECB to declare that Carige is “failing or likely to fail” and then let the bank enter liquidation. This solution would make good on the pledge of not bailing out more banks. But it would impose losses not just on shareholders and bondholders, but also on unprotected deposits above 100,000 euros. Smaller depositors would be compensated via a bank fund, which would place a big burden on the rest of the Italian banking system.

This leaves a third possibility; the most realistic. The scheme would mirror the liquidation of the two Venetian banks, Banca Popolare di Vicenza SpA and Veneto Banca SpA, in June 2017. In that case, the government had to pay a hefty subsidy to Intesa Sanpaolo SpA, to make sure it bought the good assets of the two lenders. The state took over their bad loans and guaranteed Intesa against some legal risks and future losses on the acquired loan portfolio.

Any bank thinking about helping Carige will look at this precedent. The government will have to splash out to convince them to come to the rescue, while persuading Brussels that the Venetian precedent is worth repeating. Finally, Five Star and the League will have to impose some losses, at least initially, breaking their pledge to safeguard small investors.

The crumbling of Carige risks leaving the government with no happy option. The populists will once again see how hard it is to live up to their outlandish promises.
------
Ground zero van het EU project... Fail.
De EU is op sterven na dood.
The book argues that the euro is worth saving, but this will require reforms and some countries may be forced to leave. Geschreven door 1 van de founding fathers van de euro
zondag 6 januari 2019 @ 11:12:36 #211

quote:
Salvini, who heads the far-right League, said in a statement that the ECB move showed that the EU’s banking union was creating instability and said more transparency was needed to dispel any suspicion the central bank was politically motivated. 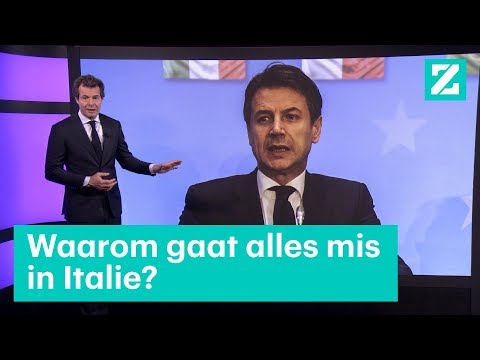 Failed after 2007,
De EU is op sterven na dood.
The book argues that the euro is worth saving, but this will require reforms and some countries may be forced to leave. Geschreven door 1 van de founding fathers van de euro
dinsdag 5 februari 2019 @ 22:43:57 #226

Bankensectot in Italy. A fucking mess.
De EU is op sterven na dood.
The book argues that the euro is worth saving, but this will require reforms and some countries may be forced to leave. Geschreven door 1 van de founding fathers van de euro
dinsdag 5 februari 2019 @ 22:46:45 #227

PMI italy 48.2 welke groei van 1,5 %. Not going to happen.
De EU is op sterven na dood.
The book argues that the euro is worth saving, but this will require reforms and some countries may be forced to leave. Geschreven door 1 van de founding fathers van de euro
donderdag 7 februari 2019 @ 22:24:27 #228 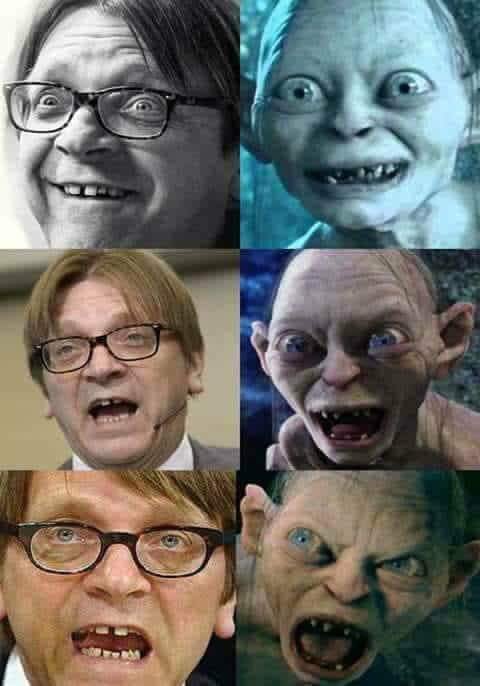 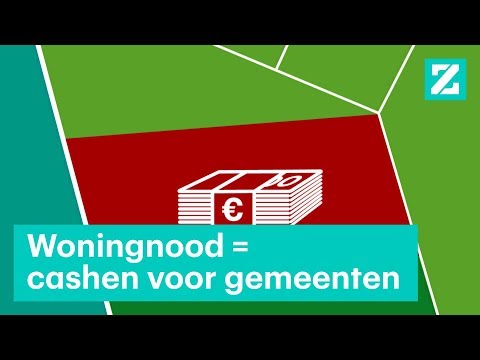 ROME (Reuters) - Using Italy’s gold reserves to plug budget holes could be an interesting idea, Deputy Prime Minister Matteo Salvini said on Monday after a media report said the government was considering such a move.

Earlier, La Stampa newspaper said that the government was considering using part of the country’s gold reserves, which are held by the Bank of Italy, to rein in its budget deficit this year and avoid a planned VAT increase in 2020.

“It’s not an issue that I am following, but it could be an interesting idea,” Salvini, who is also the League party’s leader, told reporters in Rome when asked about the possibility of tapping gold reserves.

Previous attempts by Italian governments to tax the gold reserves or to sell part of them to help balance the public accounts were stopped by European authorities because they would have undermined the Bank of Italy’s independence or broken public financing rules.

The talk of using the central bank-managed gold reserves comes after the leaders of the ruling coalition, formed by the far-right League and the anti-establishment 5-Star Movement, promised at the weekend to replace top officials at the Bank of Italy who they said must pay for failing to prevent bank failures.

Italian Agriculture Minister Gian Marco Centinaio, who is also a member of the League, said on Monday he had never heard anyone in the government speak about the idea of using gold reserves to plug budget shortfalls.

“I’ve never heard talk in cabinet meetings or any other political settings about getting our hands on the Bank of Italy’s gold,” Centinaio said in an interview with Radio Capital.

Italy is the world’s third-largest holder of gold reserves, behind the United States and Germany, with 2,451.8 tonnes as of last year, according to the World Gold Council.