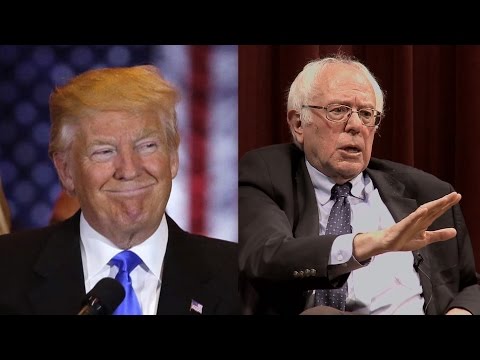 Special: Bernie Sanders on Trump's Victory & the Need to Rebuild the Democratic Party 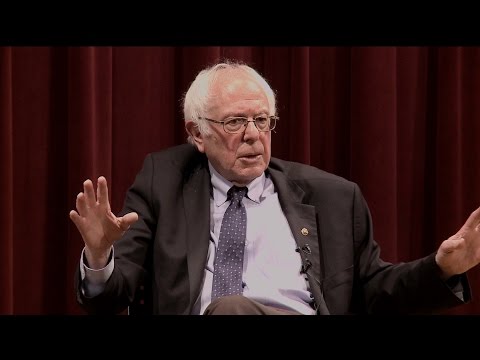 https://www.rt.com/news/368761-chomsky-eu-collapse-trump/
The surge in right-wing and anti-establishment sentiments as a result of failed neo-liberal policies in Europe is likely to lead to collapse of the EU in “a tragic development,” prominent American linguist, scholar and activist Noam Chomsky told RT.

France’s right-wing presidential candidate Marine Le Pen, who is rooting for a referendum regarding France’s membership in the EU, stands a good chance of winning the elections and thus likely initiating the so-called Frexit, Chomsky said in an interview with RT on Wednesday.

“I don’t think Germany would initiate it [the collapse of the EU] because they are beneficiaries of the union,” Chomsky said.

“If the union falls apart, I think it would be a tragic development,” he added.

Chomsky said that failed “neo-liberal policies of the past generation” influenced such a significant rise in popularity of the right-wing parties.

“These programs were designed in such a way so that they would lead to stagnation and even decline for a large part, actually, majority of the population. They also severely undermined democracy, which is even more true in Europe than in the US,” he said.

“The result of these processes is that people are angry, disillusioned, their hopes for the future have collapsed,” Chomsky said.

While lauding the European integration as one of the “great achievements of the post-WWII period,” Chomsky said it has become practically dysfunctional.

“The establishment of a single currency without the proper political structure is a recipe for disaster,” he said.

There are “no mechanisms for the rich sectors to assist the poor sectors in times of difficulty” in the EU, Chomsky continued, speaking of the underlying reasons for such a development.

There’s a “rigid structure” in the European countries such as Greece or Italy that do not have “control over their currencies” and there is “no compensatory system that exists in the federal structure like in the United States,” Chomsky said.

“In Europe, whoever is elected, no matter where they are in the political spectrum, the policies are going to be the same, because they are not determined by the policies in their countries,” Chomsky said, citing the Wall Street Journal, adding that the polices all go back to “unelected bureaucracies” and there’s no way for a EU country to act in its own interest.

According to Chomsky, the agenda of such groups as Greek Finance Minister Yanis Varoufakis’s DiEM25 (Democracy in Europe Movement 2025), which seeks to preserve the EU by overcoming problems within it, is a “more constructive approach.”

He also discussed the agenda of US President-elect Donald Trump, who has been dubbed an “anti-establishment” candidate – the idea Chomsky doesn’t agree with.

“Take a look at Trump and who he has appointed for the cabinet. Secretary of Treasury, most important position, determines what happens in the economy, is he anti-establishment? He comes from Goldman Sachs,” Chomsky pointed out. 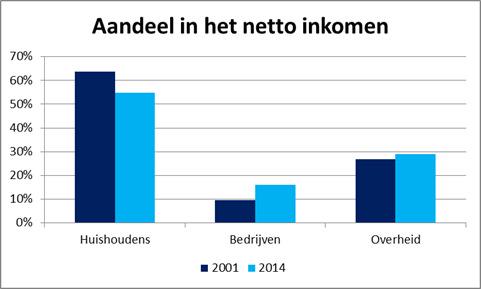 quote:
Economic openness: Rather than attempting to preserve a closed, command, or autarkic economy, the typical “modern authoritarian” regime cultivated extensive connections with the outside world, creating a sense of freedom and prosperity. However, state enterprises and crony tycoons retained a dominant position, and pliant legal systems allowed the leadership and other corrupt officials to set and routinely reset the terms of economic participation for foreign companies, investors, and local entrepreneurs.

Pluralistic media: Formal prepublication censorship and media monopolies were abandoned in most cases, clearing the way for a proliferation of commercialized, well-produced, and often entertaining media outlets. But the state and its agents retained direct or indirect control of key sectors, manipulated mainstream news coverage, and kept truly independent journalism on the margins of the information landscape.

Political competition: Most regimes allowed multiparty systems to emerge, and held regular elections, but opposition parties were fabricated, coopted, or defanged in practice, allowing the ruling group to retain a de facto monopoly on power.

Civil society: Nongovernmental organizations were permitted to operate, but they were kept under close watch and forced to compete with state-sponsored groups. Organizations focusing on apolitical topics like public health or education often received less scrutiny than critical human rights activists, who were variously belittled, harassed, or suppressed.

Rule of law: Twentieth-century authoritarian staples like martial law, curfews, mass arrests, and summary executions were largely left behind, and force began to be used more selectively, so that most of the population rarely experienced state brutality. Dissidents were punished through the legal system, with its vaguely worded laws and obedient judges, and in cases where extralegal violence was used, state authorship was either hidden or not acknowledged. Only certain ethnic minorities faced naked military force or deadly police tactics. 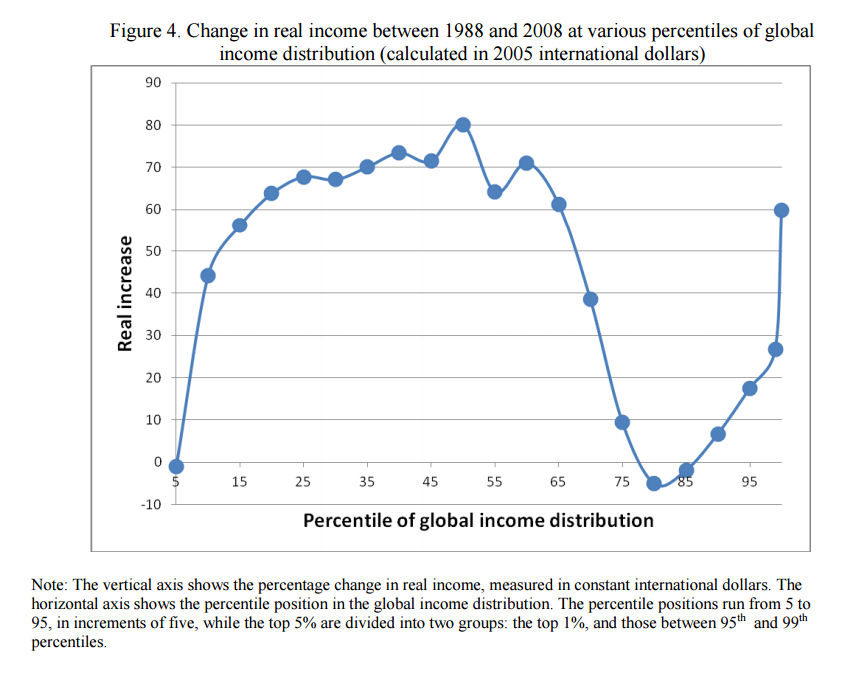 quote:
It doesn’t matter how you slice it; global inequality is getting worse. Much worse. Convergence theory turned out to be wildly incorrect. Inequality doesn’t disappear automatically; it all depends on the balance of political power in the global economy. As long as a few rich countries have the power to set the rules to their own advantage, inequality will continue to worsen. The debt system, structural adjustment, free trade agreements, tax evasion, and power asymmetries in the World Bank, the IMF, and the WTO are all major reasons that inequality is getting worse instead of better. 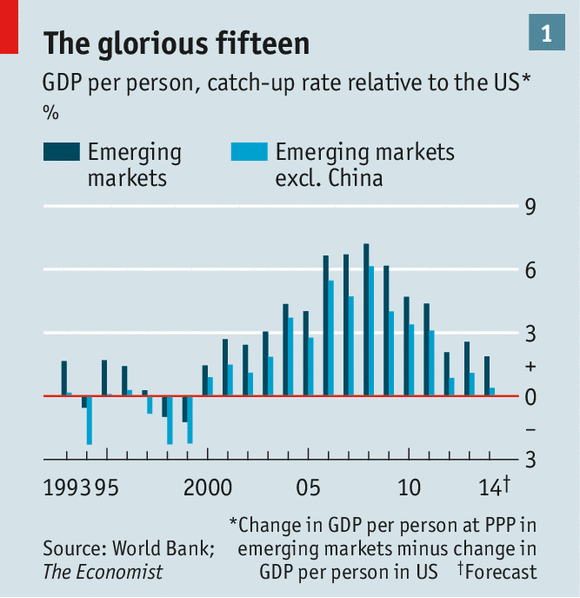 quote:
In eastern Europe and East Asia economies closed the gap at a remarkable clip, though for many eastern European countries a significant part of that growth simply reversed the contraction that followed the fall of the Soviet Union. In 1998 GDP per person in Poland was just 28% of that in America, while China’s was just 7%. By 2013 those figures had risen to 44% and 22%, respectively. Other countries made less progress. Brazil’s GDP per head was already 25% of America’s in 1998 and scraped forward just three percentage points over the next 15 years. For very poor countries even quite high growth provided little catch-up; in Ethiopia, GDP per head rose from 1.3% of that in America to 2.5%. Venezuela and Zimbabwe fell further behind.

One of these was a benign macroeconomic environment; in the 2000s interest rates were low and capital flowed freely. Another was rapid growth in commodity prices; many emerging economies rely heavily on natural resource exports. But the biggest push—which was not unrelated to the commodity-price boom—came from global trade. From 1980 to 1993 global trade grew at about 4.7% per year on average, or a bit more than the 3% rate of global growth. Between 1994 and 2007, however, trade grew at almost twice the rate that the world economy did. Goods exports soared to about a quarter of global GDP.

No such efforts look likely to yield anything like the commodities boom and hyperglobalisation of the turn of the century. In the absence of such stimuli, history suggests that catch-up will be a long, difficult grind, built on slow improvement in institutions and worker skill levels. The past 15 years have changed perceptions regarding just what is possible. But they also deceived people into thinking broad convergence is the natural way of things. It looks like the world is now being reminded that catching up is hard to do.

Bron: The Economist: the Headwinds return 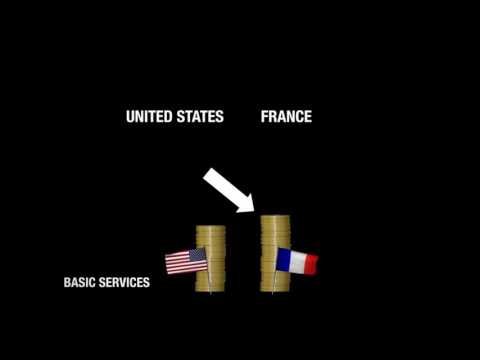 Het is tamelijk kinderlijk als je een discussie tracht te voeren over dit soort onderwerpen door de tegenstander weg te zetten als ongeïnformeerd.
Power is a lot like real estate, it's all about location, location, location.
The closer you are to the source, the higher your property value.
donderdag 1 december 2016 @ 19:50:59 #171

Rendement produceren, ja. Belasting betalen is een bijkomstigheid.
Hoofd en bijzaken, zou je kunnen zeggen.
Power is a lot like real estate, it's all about location, location, location.
The closer you are to the source, the higher your property value.
donderdag 1 december 2016 @ 19:51:59 #172

Nooit fiscaal recht gestudeerd, overigens.
Zou ook niet weten van waar dit uit blijkt.
Power is a lot like real estate, it's all about location, location, location.
The closer you are to the source, the higher your property value.
donderdag 1 december 2016 @ 20:19:27 #176

Personeel is een productiefactor.
Een moreel appèl op belastingbetalers is makkelijk als je niet tot die groep behoort.
Power is a lot like real estate, it's all about location, location, location.
The closer you are to the source, the higher your property value.
donderdag 1 december 2016 @ 20:24:53 #177

Dus we keuren belastingontwijking niet af. Belastingontduiking wel. Dat is de logische conclusie van dit alles. We hebben er geen wet tegen, want we keuren het niet af.
Power is a lot like real estate, it's all about location, location, location.
The closer you are to the source, the higher your property value.
donderdag 1 december 2016 @ 20:40:10 #187