.@JoeBiden: "If you have a problem figuring out whether you're for me or Trump, then you ain't black."
@cthagod: "It don't have nothing to do with Trump, it has to do with the fact -- I want something for my community."
@breakfastclubam https://t.co/endvWnOIV2 reageer retweet

Biden makes inroads with two key groups: independents prefer him by 13 points and voters ages 65+ by 17 points. In 2016, Trump won independents by 4 and seniors by 7. reageer retweet

quote:
A study of 96,000 hospitalized coronavirus patients on six continents found that those who received an antimalarial drug promoted by President Trump as a “game changer” in the fight against the virus had a significantly higher risk of death compared with those who did not.

People treated with hydroxychloroquine, or the closely related drug chloroquine, were also more likely to develop a type of irregular heart rhythm, or arrhythmia, that can lead to sudden cardiac death, it concluded.

The study, published Friday in the medical journal the Lancet, is the largest analysis to date of the risks and benefits of treating covid-19 patients with antimalarial drugs. It is based on a retrospective analysis of medical records, not a controlled study in which patients are divided randomly into treatment groups — a method considered the gold standard of medicine. But the sheer size of the study was convincing to some scientists.

“It’s one thing not to have benefit, but this shows distinct harm,” said Eric Topol, a cardiologist and director of the Scripps Research Translational Institute. “If there was ever hope for this drug, this is the death of it.”

David Maron, director of preventive cardiology at the Stanford University School of Medicine, said that “these findings provide absolutely no reason for optimism that these drugs might be useful in the prevention or treatment of covid-19.”

Past studies also found scant or no evidence of hydroxychloroquine’s benefit in treating sick patients, while reports mounted of dangerous heart problems associated with its use. As a result, the Food and Drug Administration last month warned against the use of the drug outside hospital settings or clinical trials.

Sign up for our Coronavirus Updates newsletter to track the outbreak. All stories linked in the newsletter are free to access.

The new analysis — by Mandeep Mehra, a Harvard Medical School professor and physician at Brigham and Women’s Hospital, and colleagues at other institutions — included patients with a positive laboratory test for covid-19 who were hospitalized between Dec. 20, 2019, and April 14, 2020, at 671 medical centers worldwide. The mean age was 54 years, and 53 percent were men. Those who were on mechanical ventilators or who received remdesivir, an antiviral drug made by Gilead Sciences that has shown promise in decreasing recovery times, were excluded.

Nearly 15,000 of the 96,000 patients in the analysis were treated with hydroxychloroquine or chloroquine alone or in combination with a type of antibiotics known as a macrolide, such as azithromycin, within 48 hours of their diagnosis.

The difference between patients who received the antimalarials and those who did not was striking.

Cardiologist Steven Nissen of the Cleveland Clinic said the new data, combined with data from smaller previous studies, suggests that the drug “is maybe harmful and that no one should be taking it outside of a clinical trial.”

Jesse Goodman, a former FDA chief scientist who is now a Georgetown University professor, called the report “very concerning.” He noted, however, that it is an observational study, rather than a randomized controlled trial, so it shows correlation between the drugs and certain outcomes, rather than a clear cause and effect.

Peter Lurie, a former top FDA official who now heads the Center for Science in the Public Interest, called the report “another nail in the coffin for hydroxychloroquine — this time from the largest study ever.”

He said it was time to revoke the emergency use authorization issued by the FDA, which approved the drug for seriously ill patients who were hospitalized or for whom a clinical trial was not available.

The new study’s findings cannot necessarily be extrapolated to people with mild illness at home or those, like Trump, who are taking the antimalarials as a prophylactic. The president stunned many doctors earlier this week when he said he was taking a pill “every day” — despite FDA warnings that the use of the drug should be limited to those in a hospital setting or in clinical trials. (He has since said he is close to finishing his course of treatment and would stop taking the medication in “a day or two.”)

A large study of health-care workers that examines the use of hydroxychloroquine as a preventive measure against covid-19 is in the works, but no results have been released.

There have been at least 13 studies in recent months on hydroxychloroquine or chloroquine as a treatment for covid-19 patients. They have included randomized controlled studies and observational analyses encompassing patients on the continuum from mild illness to those near death. Evidence of any benefit, such as viral clearance or improved symptoms, has been almost nonexistent. But many found an increased risk in adverse cardiac reactions — especially when combined with the antibiotic azithromycin.

Earlier this month, some proponents of hydroxychloroquine seized on a study out of New York University’s Langone Health center that threw zinc into the mix with hydroxychloroquine and azithromycin, and showed the treated group had a higher rate of survival. But researchers emphasized that it only showed that the combination had some promise. They said the results also could have been due to other factors, such as the zinc being added to patients’ regimens later in the pandemic when hospital treatments and procedures had been refined.

Last week, the National Institutes of Health announced a clinical trial of 2,000 adults to determine if hydroxychloroquine and azithromycin could be used to treat coronavirus patients.

Topol, of the Scripps Research Translational Institute, suggested that the researchers should reconsider the ethics of those trials, given the increasing evidence of potential harm. “It’s very hard to ignore that signal, and it’s worrisome to continue giving it,” he said.

Geoffrey Barnes, a cardiovascular specialist at the University of Michigan, said the study’s approach and its findings were “striking” in making the case that “the risk with these drugs is real.” However, he said that due to the enthusiasm some Americans have for the drug and the Lancet study’s findings, randomized trials are even more important.

“There has been so much discussion about this drug that I think the scientific and medical community has an obligation to define what the potential benefit or risk is in the best way possible,” Barnes said.

When the first large wave of sick patients began showing up at hospitals in March, doctors had very little to offer them. As a result, many took a gamble on hydroxychloroquine. The drug had been shown to have strong antiviral properties in cell cultures, was widely available and was thought to be rather benign in terms of side effects. For years, hydroxychloroquine has been considered a generally safe and effective treatment for malaria, lupus and rheumatoid arthritis.

But those findings of safety were at lower doses than were being used at hospitals during the early days of the surge in patients in the United States and mostly in patients who were healthy. The population infected with covid-19 in hospitals, it turned out, was already at higher risk of cardiovascular complications because many suffer from high blood pressure or other heart issues. Doctors also discovered that, to their surprise, the novel coronavirus appeared to directly or indirectly attack the heart, including by reducing its ability to pump, creating an imbalance in its electrical rhythms, and attacking blood vessels.

.@:JoeBiden: "If you have a problem figuring out whether you're for me or Trump, then you ain't black."

@:cthagod: "It don't have nothing to do with Trump, it has to do with the fact -- I want something for my community."

If you dont vote for me, you aint black. 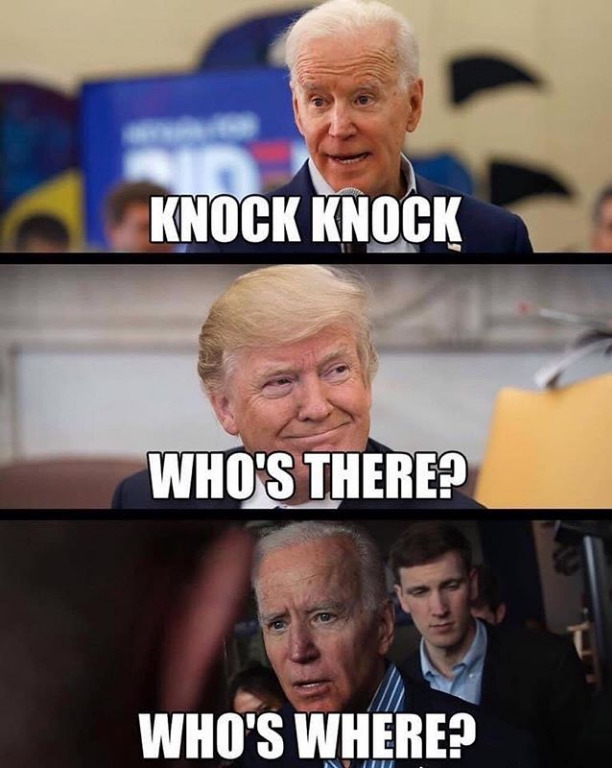 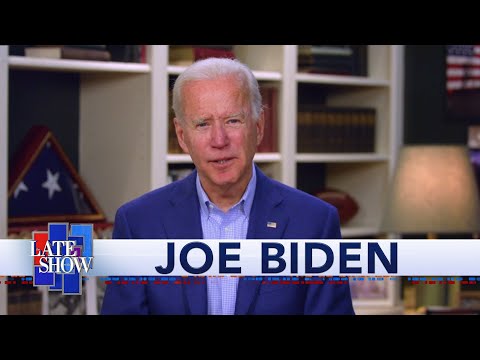 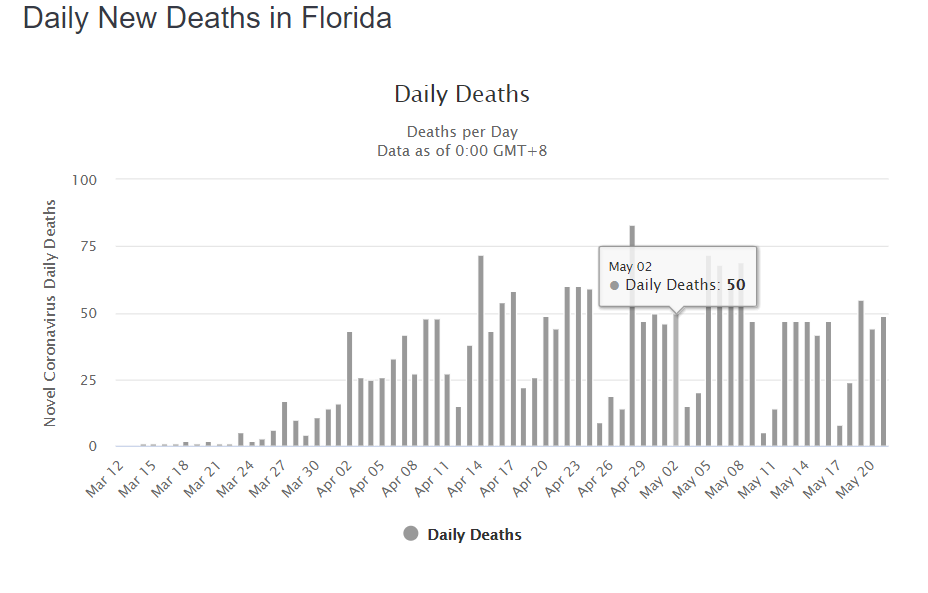 Some have called me "sycophant" for unrelenting support of the president.

I believe Trump was sent by God to lead America through this most perilous moment in our history, blessed with a vision and second-sight beyond his innate strategic brilliance.

He is our voice. reageer retweet

Some have called me "sycophant" for unrelenting support of the president.

I believe Trump was sent by God to lead America through this most perilous moment in our history, blessed with a vision and second-sight beyond his innate strategic brilliance.

He is our voice. reageer retweet