Michael Avenatti claims the only book he was allowed to read in prison was his long-time foe Donald Trump's 1987 memoir Art of the Deal: Disgraced lawyer sues the Bureau of Prisons for $94m for mistreatment - $1m for each day he spent in solitary or lockdown

He thought he was merely appealing to his base. He might have united the rest of the country against him.

It is startling when two speeches within 24 hours, neither much heralded in advance—the second wouldn’t even have been given without the first—leave you knowing you have witnessed a seminal moment in the history of an administration, but it happened this week. The president’s Tuesday speech in Atlanta, on voting rights, was a disaster for him. By the end of Senate Minority Leader Mitch McConnell’s answering speech on Wednesday you knew some new break point had occurred, that President Biden might have thought he was just crooning to part of his base but the repercussions were greater than that; he was breaking in some new way with others—and didn’t know it. It is poor political practice when you fail to guess the effects of your actions. He meant to mollify an important constituency but instead he filled his opponents with honest indignation and, I suspect, encouraged in that fractured group some new unity.

The speech itself was aggressive, intemperate, not only offensive but meant to offend. It seemed prepared by people who think there is only the Democratic Party in America, that’s it, everyone else is an outsider who can be disparaged. It was a mistake on so many levels. Presidents more than others in politics have to maintain an even strain, as astronauts used to say. If a president is rhetorically manipulative and divisive on a voting-rights bill it undercuts what he’s trying to establish the next day on Covid and the economy. The over-the-top language of the speech made him seem more emotional, less competent. The portentousness—“In our lives and . . . the life of our nation, there are moments so stark that they divide all that came before them from everything that followed. They stop time”—made him appear incapable of understanding how the majority of Americans understand our own nation’s history and the vast array of its challenges.

By the end he looked like a man operating apart from the American conversation, not at its center. This can be fatal to a presidency.

He was hardly done speaking when a new Quinnipiac poll showed the usual low Biden numbers, but, most pertinently, that 49% of respondents say he is doing more to divide the country, and only 42% see him as unifying it.

In the speech Mr. Biden claimed he stands against “the forces in America that value power over principle.” Last year Georgia elected two Democratic senators. “And what’s been the reaction of Republicans in Georgia? Choose the wrong way, the undemocratic way. To them, too many people voting in a democracy is a problem.” They want to “suppress the right to vote.” They want to “subvert the election.”

This is “Jim Crow 2.0,” it’s “insidious,” it’s “the kind of power you see in totalitarian states, not in democracies.”

The problem is greater than Georgia. “The United States Senate . . . has been rendered a shell of its former self.” Its rules must be changed. “The filibuster is not used by Republicans to bring the Senate together but to pull it further apart. The filibuster has been weaponized and abused.” Senators will now “declare where they stand, not just for the moment, but for the ages.”

If a speech can be full of itself this speech was.

From the floor of the Senate the next day came Mr. McConnell’s rebuke. It was stinging, indignant to the point of seething. He didn’t attempt to scale any rhetorical heights. The plainness of his language was ferocious.

Mr. Biden’s speech was “profoundly unpresidential,” “deliberately divisive” and “designed to pull our country further apart.” “I have known, liked and personally respected Joe Biden for many years. I did not recognize the man at the podium yesterday.” Mr. Biden had entered office calling on Americans to stop the shouting and lower the temperature. “Yesterday, he called millions of Americans his domestic ‘enemies.’ ” That, a week after he “gave a January 6th lecture about not stoking political violence.”

“Twelve months ago, this president said that ‘disagreement must not lead to disunion.’ But yesterday, he invoked the bloody disunion of the Civil War to demonize Americans who disagree with him. He compared a bipartisan majority of senators to literal traitors.”

“Twelve months ago, the president said that ‘politics need not be a raging fire destroying everything in its path.’ . . . Yesterday he poured a giant can of gasoline on that fire.”

“In less than a year, ‘restoring the soul of America’ has become: Agree with me, or you’re a bigot.”

“This inflammatory rhetoric was not an attempt to persuade skeptical Democratic or Republican senators. In fact, you could not invent a better advertisement for the legislative filibuster than a president abandoning rational persuasion for pure demagoguery.”

American voters, said Mr. McConnell, “did not give President Biden a mandate for very much.” They didn’t give him big majorities in Congress. But they did arguably give him a mandate to bridge a divided country. “It is the one job citizens actually hired him to do.” He has failed to do it.

Then Mr. McConnell looked at Mr. Biden’s specific claims regarding state voting laws. “The sitting president of the United States of America compared American states to ‘totalitarian states.’ He said our country will be an ‘autocracy’ if he does not get his way.” The world has now seen an American president “propagandize against his own country to a degree that would have made Pravda blush.”

“He trampled through some of the most sensitive and sacred parts of our nation’s past. He invoked times when activists bled, and when soldiers died. All to demagogue voting laws that are more expansive than what Democrats have in his own home state.”

“A president shouting that 52 senators and millions of Americans are racist unless he gets whatever he wants is proving exactly why the Framers built the Senate to check his power.”

What Mr. Biden was really doing was attempting to “delegitimize the next election in case they lose it.”

Now, he said, “It is the Senate’s responsibility to protect the country.”

That sounded very much like a vow. It won’t be good for Joe Biden.

When national Democrats talk to the country they always seem to be talking to themselves. They are of the left, as is their constituency, which wins the popular vote in presidential elections; the mainstream media through which they send their messages is of the left; the academics, historians and professionals they consult are of the left. They get in the habit of talking to themselves, in their language, in a single, looped conversation. They have no idea how they sound to the non-left, so they have no idea when they are damaging themselves. But this week in Georgia Mr. Biden damaged himself. And strengthened, and may even have taken a step in unifying, the non-Democrats who are among their countrymen, and who are in fact the majority of them. 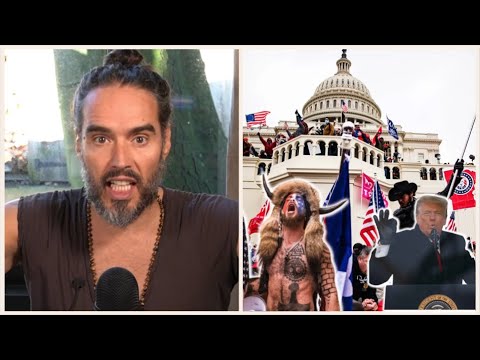 Hang OnâŠ. Have We All Been CONNED By Jan 6th?!
MUH INSURRECTION

twitter
“The fundamental cause of the trouble in the modern world today is that the stupid are cocksure while the intelligent are full of doubt.”— Bertrand Russell
vrijdag 14 januari 2022 @ 23:03:44 #64

twitter
“The fundamental cause of the trouble in the modern world today is that the stupid are cocksure while the intelligent are full of doubt.”— Bertrand Russell
vrijdag 14 januari 2022 @ 23:10:55 #65 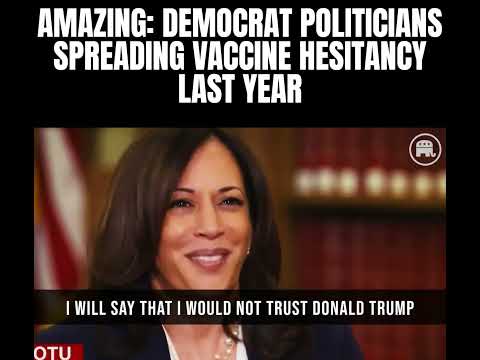 “The fundamental cause of the trouble in the modern world today is that the stupid are cocksure while the intelligent are full of doubt.”— Bertrand Russell
vrijdag 14 januari 2022 @ 23:33:43 #68

“The fundamental cause of the trouble in the modern world today is that the stupid are cocksure while the intelligent are full of doubt.”— Bertrand Russell
vrijdag 14 januari 2022 @ 23:37:00 #70

twitter
“The fundamental cause of the trouble in the modern world today is that the stupid are cocksure while the intelligent are full of doubt.”— Bertrand Russell
vrijdag 14 januari 2022 @ 23:44:11 #72

“The fundamental cause of the trouble in the modern world today is that the stupid are cocksure while the intelligent are full of doubt.”— Bertrand Russell
zaterdag 15 januari 2022 @ 00:08:29 #74

twitter
“The fundamental cause of the trouble in the modern world today is that the stupid are cocksure while the intelligent are full of doubt.”— Bertrand Russell
zaterdag 15 januari 2022 @ 00:19:52 #75

[ Bericht 24% gewijzigd door Kijkertje op 15-01-2022 02:26:15 ]
“The fundamental cause of the trouble in the modern world today is that the stupid are cocksure while the intelligent are full of doubt.”— Bertrand Russell
actieve topics nieuwe topics
abonnement bol.com Unibet Coolblue
Presidentsverkiezingen VS #87 Let's Go Brandon!