A deeply divided Supreme Court eliminated the constitutional right to an abortion, overruling the 1973 Roe v. Wade decision and leaving the question of abortion’s legality to the states.

The court’s decision in Dobbs v. Jackson Women’s Health Organization upheld a law from Mississippi that bans abortion after 15 weeks of pregnancy, roughly two months earlier than what has been allowed under Supreme Court precedent dating back to Roe.

In siding with Mississippi, the court’s conservative majority said the Roe decision was egregiously wrong in recognizing a constitutional right to an abortion, an error the court perpetuated in the decades since.

Although the case before the court involved a 15-week ban, the overruling of Roe gives states broad latitude to regulate or prohibit abortion as they see fit. Many conservative-leaning states are poised to tighten access further, while some liberal ones have established permissive abortion regimes under state law. The decision could become a major issue in this year’s elections, as state and federal lawmakers look to position themselves in a post-Roe world.

Almost half the states have laws in place or at the ready to curtail or outlaw abortion, while others have laws that would preserve its legality. Questions on whether and how to limit abortions are expected to continue roiling state legislative debates.

The ruling, one of the most consequential in modern memory, marked a rare instance in which the court reversed itself to eliminate a constitutional right that it had previously created.

The decision also is a defining moment for a Supreme Court that is more conservative than it has been in many decades, a shift in legal thinking made possible after President Donald Trump placed three justices on the court. Two of them succeeded justices who voted to affirm abortion rights.

In anticipation of the ruling, several states have passed laws limiting or banning the procedure, and 13 states have so-called trigger laws on their books that called for prohibiting abortion if Roe were overruled. Clinics in conservative states have been preparing for possible closure, while facilities in more liberal areas have been getting ready for a potentially heavy influx of patients from other states.

The ruling follows a highly unusual leak last month of an early draft opinion in the case that suggested the court was preparing to overrule Roe and withdraw federal protections for abortion rights.

The Supreme Court has been investigating the leak at a time of strained relationships among members of the court. Justice Clarence Thomas in a recent speech suggested trust among members of the court had been lost. And when the court heard oral arguments in the Dobbs case in December, Justice Sonia Sotomayor questioned whether the court could “survive the stench” created by perceptions “that the Constitution and its reading are just political acts.”

The court’s Roe decision in 1973, written by Nixon appointee Justice Harry Blackmun, reflected a line of legal thinking that the Constitution barred political majorities from imposing their moral judgments on the intimate choices of individuals. The Roe court grounded the right to an abortion in the 14th Amendment’s guarantee that states can’t deprive individuals of life and liberty without due process of law. The ruling built off a constitutionally recognized right to privacy, which came when the court struck down state restrictions on contraceptives.

That ruling didn’t spark an immediate outcry, but by the Reagan era, it had become a rallying point for conservatives who believed the high court had improperly invented rights not laid out in the Constitution, usurping the political branches of government. The issue of abortion has hung over the Supreme Court ever since, as well as the Senate confirmation process for new justices.

Mr. Trump pledged to appoint justices who would overrule Roe, and when he named Justice Amy Coney Barrett to succeed the late Ruth Bader Ginsburg, the court’s conservative majority grew to six justices. That gave hope to abortion opponents that aggressive new state measures might find high-court support and led some, including Mississippi, to call on the court to overrule Roe.

The court does on occasion overrule its past decisions—notably, for instance in the 1954 Brown v. Board of Education decision that ended racial segregation in public schools—but justices for years have dueled over when it is appropriate to do so. Most of those debates have taken place in cases that had nothing to do with abortion, but the future of Roe has loomed over the discussions.

The Supreme Court in 1992 came close to overruling Roe, in Planned Parenthood v. Casey, a case involving abortion restrictions in Pennsylvania. But internal deliberations led the court to preserve core protections for abortion rights, under a controlling opinion forged by three GOP appointees.

Mississippi’s law, the Gestational Age Act, was adopted in 2018 and initially designed as a more incremental attack on abortion. At the time, a full legal assault on Roe had no realistic chance of success because Justice Anthony Kennedy, a maverick conservative, stood alongside Justice Ginsburg and three other liberal justices in forming a solid majority to keep abortion rights in place.

The case began when the state’s only provider, the Jackson Women’s Health Organization, sued to strike down the 15-week law.

After Justice Kennedy later in 2018 retired and Justice Ginsburg died in 2020, Mississippi shifted gears in how it defended its restrictions. After previously arguing its law could be upheld without jettisoning all constitutional protections for abortion, the state urged the high court to ditch Roe and Casey altogether.
- XOXO -
zaterdag 25 juni 2022 @ 00:37:39 #2

Aut viam inveniam, aut faciam
There he goes. One of God's own prototypes. A high-powered mutant of some kind never even considered for mass production. Too weird to live, and too rare to die.
zaterdag 25 juni 2022 @ 01:29:00 #45 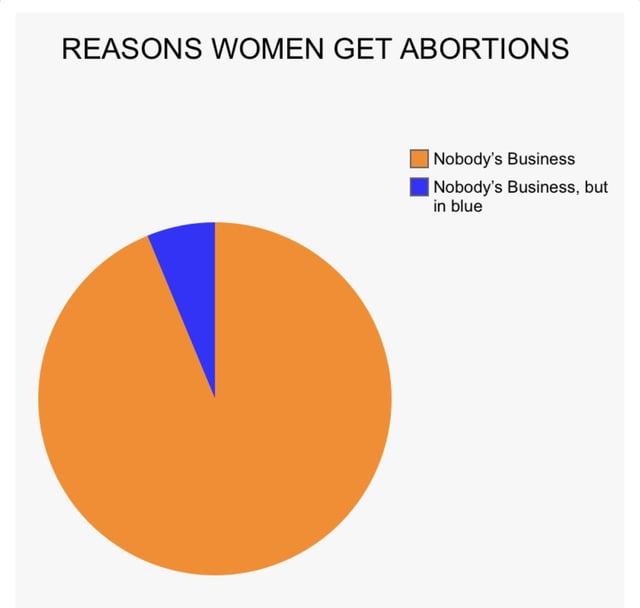 Aut viam inveniam, aut faciam
There he goes. One of God's own prototypes. A high-powered mutant of some kind never even considered for mass production. Too weird to live, and too rare to die.
actieve topics nieuwe topics
abonnement bol.com Coolblue
Roe v Wade overturned #2