The second table of the above image shows what happens if the stock price increases and the trade move against the short seller, who is required to deposit additional margin in the account when the total margin requirement exceeds the original total margin requirement of $75,000. So, if the stock price increases to $60, then the market value of the short sale is $60,000 ($60 x 1,000 shares). The maintenance margin is then calculated based on the market value of the short, and it is $18,000 (30% x $60,000). The two margin requirements added together equal $78,000, which is $3,000 more than the initial total margin that was in the account, so a $3,000 margin call is issued and the funds must be deposited into the margin account or the short position (some or all of it) must be closed. 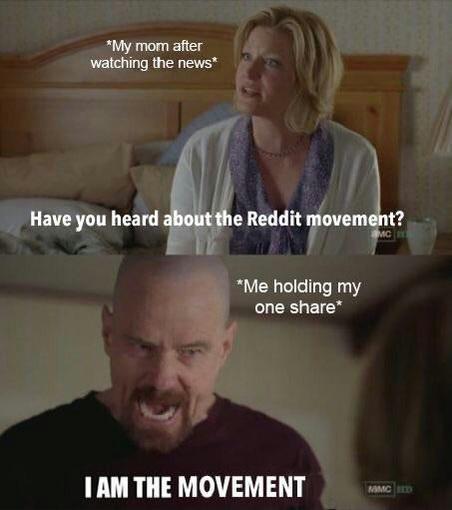 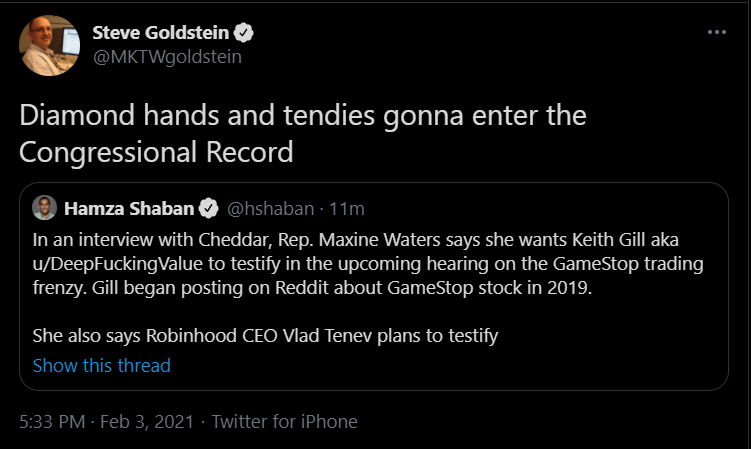 The joke is on you and WSB. I can't wait till you guys see the new short interest numbers and realize you've been fighting amongst yourselves for over a week now 🤣🤣

Your own sub members are the ones selling shares and dropping the price, and your own mods are selling you all out to be a part of a Netflix movie 😆

I know something you don't, I work at Fidelity, I'm an insider. I've already seen the short interest numbers, they aren't what you think. Well below 50% as of Monday. Despite all that "solid DD" you guys blindly follow over there. You are all going to get burned so badly it's not even funny. The hedge funds played you guys, but the truth is, you all played yourselves even worse.

===========================
Being stubborn and holding stock in a company that isn't as fundamentally sound as they like to project isn't going to win this battle for them. They are using any comparison they can to cling on to their herd mentality confirmation bias. They won the battle but lost the war. They would have been wise to take the gains at the peak, waited for the shorts to reload, and then go long again with their increased buying power. That would have won it for them.

It's very apparent the artificial spike in PM's yesterday was done by Melvin and the proceeds were used to continue ladder attacks now that WSB's buying power has been exhausted. The saddest part to me is that they could have made life-changing money for themselves and their families, instead, they chose to be stubborn and will likely end up lifetime GME bag holders that will never get back to cost basis in their lifetime
Cone of Learning / Calvin Hobbes Economics / Socialism Illustrated / Product Development (Tree) / Oil for Immigration / Kosten immigratie veel hoger dan de baten / Flatgebouw Nederland / Barkruk economie / Arbeidsmarkt kansen
Eindredactie Sport / Forummod donderdag 4 februari 2021 @ 08:42:51 #47