Daryl Impey has been described as a “leader and captain on the road,” a “super domestique,” and has played a crucial role in the big teams that have enjoyed his services.

Now, the South African who was the first rider from his homeland to wear the yellow jersey in the Tour de France, has signed a contract to bring all those assets to Team Israel Start-Up Nation in the coming season.

“I decided to make a fresh start,” explained Impey (35) when asked what drove him to make the move to the Israeli team. “I feel like I need to step out of the comfort zone of Mitchelton-Scott. I had great success with the team, formed many strong friendships, and made amazing memories. I can’t thank them enough for getting me this far in my career.”

He went on to explain, “It certainly wasn’t an easy decision – I gave it a great deal of thought. But it’s exciting to work with a new team, with new energy and new ambitions. The most crucial reason is the challenge that is waiting for me at ISN. After speaking with ISN co-owner Sylvan Adams and the team’s management, I got the sense that they see other aspects of me as a bike rider. I will have the opportunity to play a leadership role, and as a team captain I will be given more responsibility and a huge challenge at the same time.

Team ISN has moved through the ranks very quickly; and now it’s about trying to create a winning culture. I will use my experience over the past decade to instill this in the younger guys and make sure we are always progressing. I’m excited about it.”

That’s precisely what the team expects from him, said ISN General Manager Kjell Carlstrom: “Daryl has shown in the past that he can be very valuable to a team, both in a support role and when going for personal results.

In Daryl we have a rider who can be a leader in some races and a team captain in others. He’s also bringing with him a wealth of experience that we can benefit from.”

Sylvan Adams was heavily involved in pursuing Impey after the dramatic move to sign Chris Froome. “Daryl Impey is a strong rider, who has won big races, twice conquering the Tour Down Under. We also expect that given Daryl’s experience, he could be our Tour de France road captain. He started his career riding with his friend Chris Froome on Barloworld, so we are hoping that Daryl will be a trusted ally for Chris, as we race to make history together at the Tour.”

Impey himself made no secret of how Froome’s decision to lead ISN starting next season has played into his own decision making: “It’s not often you get to race with one of the greats in our sport, so when Chris called me and said he trusts me and would like to have me by his side I appreciated that and knew he meant it. I have known him a long time and our careers have nearly come full circle – we started out together at Barloworld and we are continuing at ISN. I know he can win another Tour de France, and it will be great to not only be part of that team, but to play an important role.”

About Daryl Impey career highlights:
Teams: Started his Pro career in Team Barloworld (2008 – 2009) and raced for RadioShack, MTN -Qhubeka. In 2012 joined Green Edge (Mitchelton Scott).
Tour De France: In 2013 became the first South African to lead the TDF. In 2019 won his first stage.
Victories: Won 4 Tour races. Tour of Turkey (2009). Tour of Alberta (2014), and Tour down Under (2018, 2019).
Country: National Road race champion (2018, 2019) and National TT champion (2011, 2013 -2020).
About Team ISN:
Founded to elevate and popularize the sport of cycling in Israel and other emerging cycling nations, Israel Cycling Academy has grown, in just a short period, from a humble Continental level team to becoming a WorldTour team under the name “Israel Start-Up Nation”. With its goal of developing Israeli cycling talent, ISN/ICA operates two teams: the Israel Cycling Academy development team for younger riders, which races at the Continental level, and the senior Israel Start-Up Nation team competes at the highest level of the sport, the WorldTour. The ISN team roster includes riders from 16 nationalities, making it one of the most diverse in the world of pro cycling. The team’s riders have been designated “Ambassadors of Peace & Sport” by the Peres Center for Peace and Innovation, founded by the late Israeli President and Nobel Peace prize winner, Shimon Peres. This designation requires that our riders race with exemplary sportsmanship and act as ambassadors for the home country as we race all over the globe. 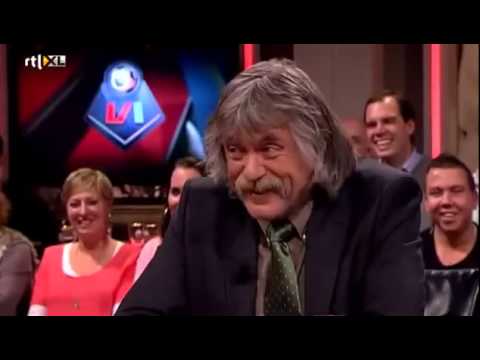