Why is Greece supporting a dictatorship in Venezuela that is as bad as the Colonels’ Junta that ruled Greece from 1967 to 1974?

Turkey’s President Recep Tayyip Erdogan is considering Nicolas Maduro, the President of Venezuela, a “brother.” Both men are surely connected by the non-virtue of their heavily authoritarian tastes in politics.

But why on earth is Greece — that usually sees the world the very opposite way of how things are perceived in Ankara — now making common cause with Turkey? In particular, what has happened to Greece’s tradition of solidarity with democracy and human rights?

Why is Greece, the European nation that lived under a foul, cruel, corrupt right-wing backed military junta between 1967 and 1974, sending a message of support and endorsement to a foul, corrupt, military-backed dictatorship in Venezuela?

In light of that, one has to admire the chutzpah of Juan Guaido, the brave young president of the Venezuelan National Assembly.

He has invited the Greek prime minister, Alexis Tsipras, to come to Venezuela for a week to see for himself the despair of Venezuela’s citizens as they are exposed to the shenanigans of Maduro, his generals, admirals and air force jefes who – to date, at least — back him to the hilt.

Maduro is no Chavez

Chilean Pedro Felipe Ramirez, who was imprisoned and tortured during the Pinochet dictatorship years in his country, was a left-wing politician at the time and he was gay – two attributes that guaranteed the hate of the Chilean military.

He spent his exile years in Venezuela and, in 2014, went back to Caracas as Chile’s ambassador to Venezuela until 2018.

Ramirez insists that Maduro has nothing to with the heritage of Hugo Chavez:

I remain a Chavista, but the Maduro regime has nothing to do with Chavism. It is a dictatorship run by a group who has taken control of the state for their personal benefit. They have destroyed the country, creating hunger and provoking the biggest exodus ever seen in South America.

I was the UK Foreign Minister in charge of Latin America at a time when the Tony Blair government tried to reach out to Hugo Chavez. Blair had a possibly naïve, but generous belief that if he treated newly arrived leaders on the world stage with respect and friendship they would respond.

After all, Blair famously rushed to drink beer with Vladimir Putin in a bar in Moscow in 1999 and invited Bashar al Assad to London when the young British educated Syrian leader took over in Damascus.

Hugo Chavez was given red carpet treatment in London. As I spoke Spanish, I was sent to Caracas and Chavez held a long midnight meeting with me during which he quizzed me on Blair’s Third Way ideology.

A day after my visit, the Venezuelan right staged a mini-coup and detained Chavez. I was the first EU minister to demand his release and the UK sent a warning to Washington not to back the golpistas in Caracas.

I also met opposition politicians during my visit. These encounters are still vivid in my mind as the hatred of Chavez on the part of the men I met with was only matched by their wealth and complete indifference to any concept of social justice.

Too rich for its own good

Venezuela, one of the richest, most beautiful nations in the world has been ill-served by governments of both the right and leftist populists like Carlos Andes Perez in the 1980s and then Hugo Chavez who turned ever-more demagogic and had no idea how to use the fabulous oil wealth of Venezuela to enrich all the people of Venezuela.

Like the Saudi and other petrol dictatorships, Venezuela suffers from the modern curse of being too rich for its own good. It is no accident that Turkey and Russia – two countries where the military and security generals have become rich in exchange for supporting an authoritarian president — have come out strongly in favour of Maduro and against the people of Venezuela.

Now the Greek government of Alexis Tsipras is backing the Maduro dictatorship while other European left prime ministers, like Spain Pedro Sanchez, who knows the truth of the Maduro tyranny, is calling for new elections.

In the week when the Syriza government made a major breakthrough against nationalist populism with the name-change deal on Macedonia being approved by the Greek parliament, the good name and image of Greece in Europe has taken a blow with the Tsipras decision to endorse a regime in Venezuela every bit as evil as the that of the Greek colonels between 1967-1974.

About Denis MacShane
Denis MacShane is a Contributing Editor at The Globalist. He was the UK's Minister for Europe from 2002 to 2005 — and is the author of “Brexit No Exit: Why Britain Won’t Leave Europe.” [London]. Follow him @DenisMacShane

In dit topic legt Piet uit hoezeer hij fan is van socialisme.
It’s Pox-Eclipse, full of pain! And out of it were birthed crackling dust and fearsome time. It were full-on winter, and Mr. Dead chasing them all. But one he couldn’t catch, that were Captain Walker.
dinsdag 5 februari 2019 @ 21:55:25 #257 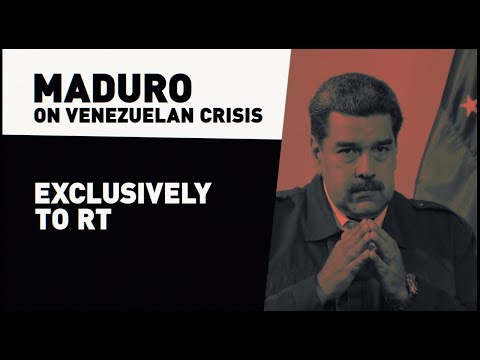 'I won't be remembered as a traitor': Maduro to RT (EXCLUSIVE)

Ja, dit is echt in zijn straatje idd.
It’s Pox-Eclipse, full of pain! And out of it were birthed crackling dust and fearsome time. It were full-on winter, and Mr. Dead chasing them all. But one he couldn’t catch, that were Captain Walker.
dinsdag 5 februari 2019 @ 22:05:04 #259

quote:
Some have been accused by the opposition and human rights groups of acting as paramilitary groups, often using force to impose their control over neighbourhoods and attack government critics, protestors and journalists.

Hebben al naar eigen zeggen al duizenden 'antisocialen' vermoord.
It’s Pox-Eclipse, full of pain! And out of it were birthed crackling dust and fearsome time. It were full-on winter, and Mr. Dead chasing them all. But one he couldn’t catch, that were Captain Walker.
woensdag 6 februari 2019 @ 08:14:41 #265

https://nos.nl/artikel/22(...)socialen-gedood.html
It’s Pox-Eclipse, full of pain! And out of it were birthed crackling dust and fearsome time. It were full-on winter, and Mr. Dead chasing them all. But one he couldn’t catch, that were Captain Walker.
woensdag 6 februari 2019 @ 08:26:16 #267

Tja, sommige mensen krijgen een warm gevoel van zelfverrijkende dictators die moordcommando's aansturen.
It’s Pox-Eclipse, full of pain! And out of it were birthed crackling dust and fearsome time. It were full-on winter, and Mr. Dead chasing them all. But one he couldn’t catch, that were Captain Walker.
woensdag 6 februari 2019 @ 08:53:28 #270 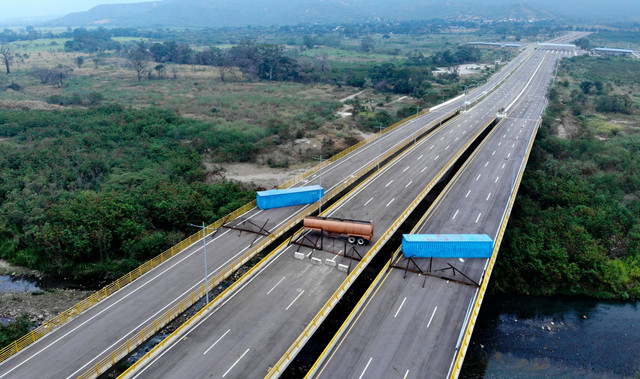