quote:
Russia claims to be ahead in race to put man on Mars
by Staff Writers
Moscow (AFP) Jan 8, 2008


Russia is leading the race to complete a manned mission to Mars and could land a Russian on the Red Planet by 2025, a leading scientist was quoted as saying on Tuesday.
"We have something of a head start in this race as we have the most experience in piloted space flight," the director of the prestigious Space Research Institute, Lev Zelyony, told Interfax news agency on Tuesday.

The goal of becoming the first country to land a human on Mars is "technically and economically achievable" by 2025, he said.

Mars is the most prestigious prize for the Russian space industry if it wants to boost the country's "scientific and political prestige" through manned space flight, he said.

"We lost the race to the moon," Zelyony said.

The United States achieved that goal on July 20, 1969, when Apollo 11 commander Neil Armstrong became the first man to set foot on the moon.

The last manned US mission to the moon was the December 1972 flight of Apollo 17. 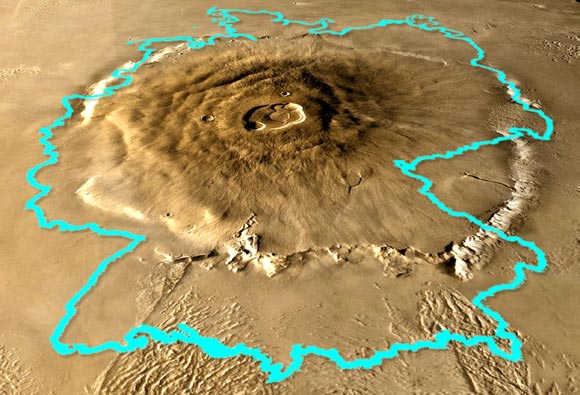 quote:
Russia is leading the race to complete a manned mission to Mars and could land a Russian on the Red Planet by 2025, a leading scientist was quoted as saying on Tuesday.
"We have something of a head start in this race as we have the most experience in piloted space flight," the director of the prestigious Space Research Institute, Lev Zelyony, told Interfax news agency on Tuesday.

The full image reveals features as small as a desk in a strip of terrain 6 kilometers (3.7 miles) wide and more than 10 times that long, at 84 degrees north latitude. Reddish layers known to be rich in water ice make up the face of a steep slope more than 700 meters (2,300 feet) tall, running the length of the image

quote:
March 3, 2008: A NASA spacecraft in orbit around Mars has taken the first ever image of active avalanches near the Red Planet's north pole.

"It really surprised me," says planetary scientist Ingrid Daubar Spitale of the University of Arizona who first noticed the avalanches in photos taken by the Mars Reconnaissance Orbiter on Feb. 19th. "It's great to see something so dynamic on Mars. A lot of what we see there hasn't changed for millions of years."

"We don't know what set off these landslides," says Patrick Russell of the University of Berne, Switzerland, a HiRISE team collaborator. "We plan to take more images of the site through the changing Martian seasons to see if this kind of avalanche happens all year or is restricted to early spring."

Material that fell from the upper portion of the scarp is probably more ice than dust. Imaging of the site in the months ahead may reveal changes in the new deposit at the base of the slope. That will help researchers estimate what proportion is ice.

"If blocks of ice broke loose and fell, we expect the water in them will be changing from solid to gas," Russell says. "We'll be watching to see if blocks and other debris shrink in size. What we learn could give us a better understanding of one part of the water cycle on Mars."

The avalanche photo is one of approximately 2,400 HiRISE images released on March 3, 2008. Click here to browse the full collection.

Another notable HiRISE image shows a blue crescent Earth and its moon, as seen by the Mars Reconnaissance Orbiter. The west coast of South America is visible in the photo. Still other images allow viewers to explore a wide variety of Martian terrains, such as dramatic canyons and rhythmic patterns of sand dunes.

The camera is one of six science instruments on the orbiter. The spacecraft reached Mars in March 2006 and has returned more data than all other current and past missions to Mars combined.

"Our Mars program is the envy of the world," says Alan Stern, associate administrator of NASA's Science Mission Directorate, Washington. "We plan to launch a total of five more missions in the next decade, beginning with the Mars Science Lab rover next year and a Mars Aeronomy Scout mission in 2013."

Large volumes of water ice have probably been detected below Mars' surface, far from the planet's polar ice caps, scientists have said.

The ice is found in distinctive geological structures on Mars' surface that are hundreds of metres thick.

The radar data suggest that some of these features consist mostly of ice.

The latest evidence was presented at the 39th Lunar and Planetary Science Conference here in Houston, Texas.

Sharad (SHAllow RADar) is able to probe up to 1km beneath the Martian surface to seek out liquid or surface water.

It sends out pulses of radio waves to the Martian surface and analyses the time delay and strength of the waves that return.

Analysis of those waves that penetrate the soil and bounce back can give information on transitions between materials with different properties, such as rock and liquid water, beneath the Martian surface.

The researchers looked at LDAs in the Deuteronilus Mensae region of Mars' northern hemisphere, where the features can be found at the bases of valley walls, craters and scarps of mesas.

Scientists have long suspected that LDAs were flows consisting of mixed up rock and ice.

The radar penetrated these geological features with very little attenuation (reduction in signal strength), suggesting they were predominantly made of ice.

"We would say, robustly, more than 50% ice by volume - but it could be much more," said Jeff Plaut, the chief scientist for Sharad.

If confirmed, the discovery could have important implications for the history of water and climate on Mars, because it suggests there were large reservoirs of subsurface ice when the lobate debris aprons formed.

Scientists think these features formed in mid- to late Amazonian times - the Amazonian being the cold, dry period of Martian history which began around 1.8 billion years ago and lasts to the present day.

He suggested these thick ice deposits should be targets for future robotic or manned missions to explore.

"These are certainly intriguing targets for in situ exploration, conveniently placed at mid-latitudes," the JPL scientist told the conference.

The radar data complemented other evidence presented at the conference on the icy nature of these geological features on Mars. Bron: BBC
vrijdag 21 maart 2008 @ 00:45:11 #281 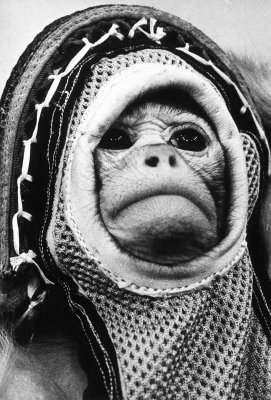