Germany🇩🇪 | @:eurovisionde have chosen their #ESC2020 song & artist by putting expert juries in charge!🤓The entry will be revealed on 27 February📅Find out about the new selection process👉 https://t.co/Pskgigmj2n#Eurovision | #OpenUp | #Germany https://t.co/Uvzd5m6Lfp reageer retweet

quote:
Mr. Schreiber, how long does it take to process a dark ESC evening like last year?
Rationally it comes quite quickly - it never comes as a complete surprise, but from an emotional point of view it takes a bit longer. However, we already started with the preparations for ESC 2020 far before the 2019 contest even took place.

Why so early?
We know how quickly a year passes and above all, how much time is required for certain things like staging. Hence we’ve started already in March last year - right after the so-called HoD meeting in Tel Aviv, we selected nineteen of the songs competing in the contest and got in touch with about 2,26 million people via social networks with videos of their live performances. From this, 15.000 people have taken their time to give us their personal ranking of their ten favourites. At a time when only those within the core fan group had their clear favourites, we already had the most unbiased possible judgment about the songs. We kept hold of this information and took it out again after the ESC final.

What happened next?
We compared which of our survey participants came closest to the televoting result of the Tel-Aviv contest with their personal ranking. From this, we then selected the best 100 people which reflect the taste of the viewers, the so-called “Eurovision-Jury”.

Are these 100 voices worth more than the votes of the viewers that took part in the televoting during the national selection in previous years?
I don’t want to compare that. These votes simply represent a different approach.

So will there be no traditional national selection on TV this year?
The national selection was put together with a great deal of effort, but it did not have the reach that we would have liked. For the viewing public, the show was simply not as relevant as the actual song contest. In addition to that, there was also the question of who was actually watching the national selection. So it’s worth taking a look at the exact numbers of televotes.

What do you mean with that?
Last year, we compared the telephone numbers of the people who voted in the national selection with the telephone numbers of the people who voted in the ESC final in Germany. We found that there was only a small overlap. In absolute numbers - at the national selection, there was 163.102 callers, who cast a total of 374.313 votes. Of these callers, only 26.794 people also voted in the actual contest - out of a total 406.886 voters in Germany. That means that 93,4% of all callers in Germany didn’t actually have a say in the preliminary decision. In addition to that, the ratio of SMS votes to calls shows that the audience tends to be older at the national selection, whereas the opposite is true at the ESC.

What does that tell you?
It seems that for the most part, both shows appeal to a very different audience group. For a successful showing at ESC, it’s rather crucial to have an opinion from those voting at the ESC final. This lead us to the 100-member audience jury, which this year, together with the 20 person expert jury, will determine the German act. Its important for me to emphasise that nobody from NDR and none of our partners took part in the decision. By restricting things like this to reflect the audience taste, I’m sure that I have found an act and song that won’t be chance-less on the international stage.

But how do you want to trigger Euphoria from the audience when only 100 fans took part in the selection process?
Of course I know that we pissed some people off with the lack of information so far. At the same time, I hope that this has created some curiosity from what’s to come. On February 27 we will present the act and song that will represent us in the form of an event and show on ONE, with which we will travel to Rotterdam. In the course of this we hope for.broad coverage from the media - and furthermore the song will be played on the radio from this day on. In addition to that, we’ll be making appearances on TV and we are also working on attracting international attention. The video with Barbara Schöneberger, which we just released, is also available in an English version and a Dutch-subtitled version. In this way, we want to create transparency in our process and bring the ESC fans on board without a classic NF.

How exactly was the artist and song found then?
I would like you to wait until next Monday to find this out - from now on, we’ll publish a small video explaining our procedure. Next week it’s in the form of a specialist in the fictitious ESC “institute” who gives the fans a small taste of how the juries worked and from what pool of artists and songs they made their decisions from. Everything will be known by February 27th.

Since when was the decision known?
We’ve known our act and the song that will represent us since December 12. Immediately after this we met with all of the parties involved and discussed how to move forward. Due to the fact we made this decision so early, we also approached some internationally renowned people who have experience with staging a musical act on such a stage - much earlier than we usually would. This is a big advantage compared to the previous years, since it’s important that those working on the staging know exactly what they are working with. So since the beginning of the year there have been a number of meetings, in order to see what approach is best for the song.

How big is the importance of staging to the success at ESC?
There hasn’t been any scientific investigation, but from my experience the staging is of course extremely important. Obviously the person on stage must be able to sing live. If you cant sing, things are going to be harder. And of course the song has to be engaging and appeal to the audience. But first of all, the ESC is a television show - and the image is more important than anything else. One of the greatest television moments of recent years was certainly the production of “Heroes” by Måns Zelmerlow. The song was probably not the most interesting of all time, but the performance was brilliant. At the end of the day, there are many different forms of staging - think of Loreen or Conchita. It’s crucial that the song, the singer and the staging are all coherent. With Michael Schulte we succeeded with this excellently, but unfortunately that hasn’t happened every year.

Where do you personally get the motivation to try something new every year at the ESC?
For me, the ESC is the greatest TV show in the world. The show features 40 European countries and Australia - it’s the only evening where the whole of Europe comes together in front of the TV. Unlike the World Cup, where you’re usually excited by your own team, every viewer here gets really excited. The intimate moments like with Salvador Sobral and the political gestures like Conchita are being seen at the same time by everyone across Europe. This European moment, the colourfulness and diversity - this is an expression of freedom. And when you get success and see the smiles that a good result can bring to people, it really shows - TV is still alive and can be a campfire today. Across all generations.

quote:
The video with Barbara Schöneberger, which we just released, is also available in an English version and a Dutch-subtitled version. 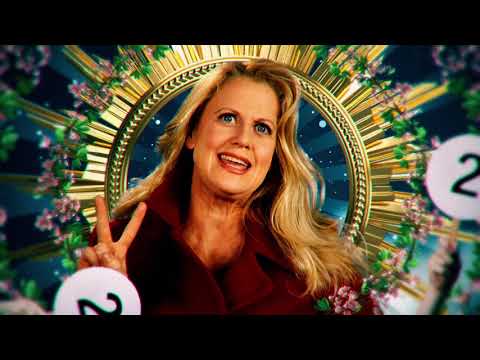 quote:
What happened next?
We compared which of our survey participants came closest to the televoting result of the Tel-Aviv contest with their personal ranking. From this, we then selected the best 100 people which reflect the taste of the viewers, the so-called “Eurovision-Jury”. 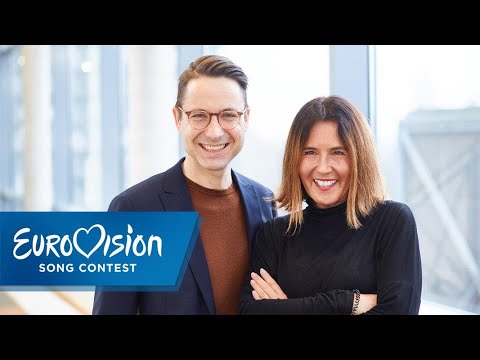 quote:
Really many information in this video. The video was with head of delegation Alexandra Wolfslast and ESC chef (with Schreiber) Christian Blenker.
They told us that they know the act since December with 2 jurys. Because they have so much time they wanted to create all the stuff around the act and the song like a promotour with Amsterdam and so on and the staging. They asked many (who we dont know) to create a staging for Rotterdam.

At 27nd february they will be shown the song, a video, the act, (live performance I guess), how they got the act and so on. 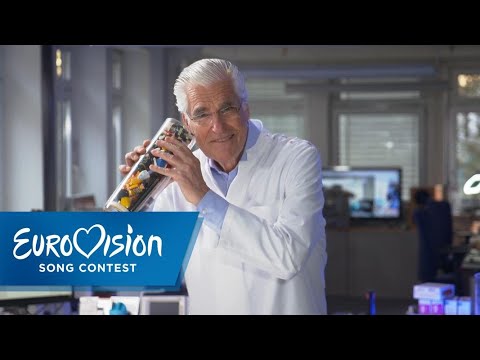