Zijn die twee volidioten inmiddels op staande voet ontslagen?
Much like down syndrom, red hair is a genetic mutation, and it occurs when a human has unprotected sex with a clown.
vrijdag 10 januari 2020 @ 12:59:19 #17 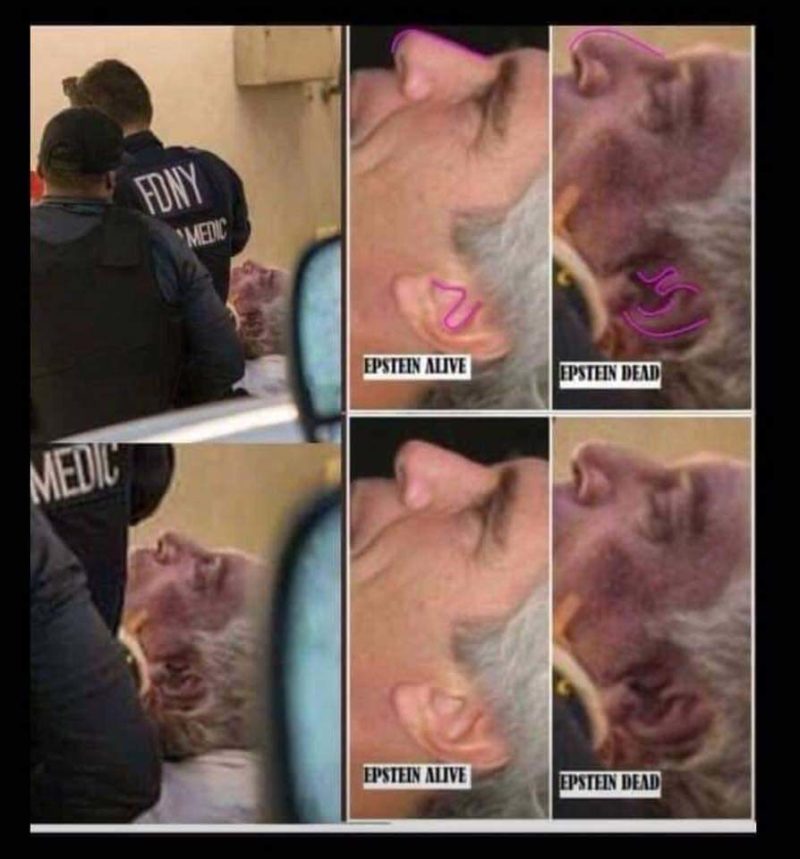 Dat is inderdaad een hele andere neus, oren verschillen ook behoorlijk in beide foto's.
Much like down syndrom, red hair is a genetic mutation, and it occurs when a human has unprotected sex with a clown.
vrijdag 10 januari 2020 @ 20:33:08 #33

quote:
'Epstein and I have everyone on videotape' Ghislaine Maxwell alleged to have confided

Ghislaine Maxwell told a former acquaintance that she and Jeffrey Epstein had “everything on videotape,” it has been claimed.

Christina Oxenberg, a socialite and distant relative of the royals, said Ms Maxwell also once told her that Epstein had purchased his own helicopter because commercial pilots were “eyes and ears” they did not need.

She revealed she had spoken to the FBI about what she had been told.

Ms Oxenberg, 57, first met Maxwell in the early 1990s and said she would never forget a conversation the pair once had in Maxwell’s home.

“We were alone,” she said. “She said many things. All creepy. Unorthodox. Strange. I could not believe whatever she was saying was real. Stuff like: 'Jeffrey and I have everyone on videotape.’”

Ms Maxwell is also said to have told Ms Oxenberg, daughter of Princess Elizabeth of Yugoslavia, that Epstein bought her a helicopter when she was awarded her pilot’s certificate.

“Jeffrey doesn’t trust commercial helicopter pilots,” she is alleged to have said. “They are eyes and ears we don’t need. And I can do anything. You see, I don’t make mistakes. I am indispensable to Jeffrey.

“This way nobody knows who’s going to the island. This way we have anonymity and secrecy and privacy.”

Ms Oxenberg wrote on the Patreon website: “When I told the FBI all of this they said they knew about the helicopter but they didn’t know why.

US prosecutors continue to investigate sex trafficking allegations and arelooking at possible "conspirators" who worked with Epstein, who killed himself in a New York prison last August.

They have accused the Duke of York of failing to respond to requests for an interview about his friendship with the convicted paedophile.

The Duke was targeted in a stunt by lawyers representing some of Epstein’s victims on Friday, who arranged for a US yellow school bus to be driven past Buckingham Palace with a message on the side appealing to the Duke to answer questions.

“I can assure Prince Andrew it's not over until it's over. You must do the right thing and stop shaming your family. for Andrew to answer questions from the FBI.”

A yellow school bus carrying a post-birthday message for the Duke of York, from Ms. Allred was seen driving around the streets of New York this week:

Sources close to the Duke of York suggested that he had not received a request to speak to the FBI.

Breaking news: A task force of the FBI and NYPD is raiding the N.Y. HQ of Peter Nygard, the Canadian fashion executive, as part of its investigation into allegations of sex trafficking against him. https://t.co/J7BESOJeif reageer retweet