Veel verpakking en bijzonder weinig inhoud ?
De EU is op sterven na dood.
The book argues that the euro is worth saving, but this will require reforms and some countries may be forced to leave. Geschreven door 1 van de founding fathers van de euro
vrijdag 7 december 2018 @ 04:12:13 #194

(Bloomberg) -- Italy’s populist government has a new problem brewing as it faces the risk that it could soon be dealing with the country’s first recession in five years.

The economy unexpectedly shrank in the three months through September and surveys suggest the weakness is persisting. Manufacturing contracted at the fastest pace in four years in November and services companies have seen export demand fall for five straight months, according to reports this week from IHS Markit. 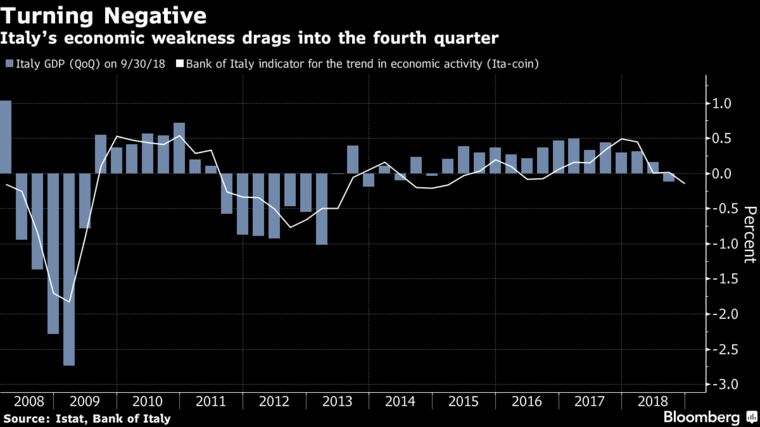 Italy Is Teetering on Verge of a Recession
“November’s data is consistent with a negative out-turn” this quarter, said Amritpal Virdee, economist at IHS Markit. That would means two straight contractions, the technical definition of a recession.

It’s another blow for the coalition, which has been locked in a tussle with the European Commission over its expansionary budget program since it came to power six months ago. While the government says its plan provides much-needed stimulus, the uncertainty surrounding it has pushed up sovereign borrowing costs and damaged sentiment, taking a toll on the economy.

There are other factors behind the weaker Italian numbers, including cooling global demand and a slump in Germany, one of its biggest markets. But the administration led by Matteo Salvini and Luigi Di Maio must also take some responsibility, economists say.

“Italy is starting to pay the price for the follies of its radical government,” Holger Schmieding at private bank Berenberg said in a note on Monday. “Risks are tilted to the downside.”

While many analysts said the budget figures were overly optimistic, Di Maio and Salvini took a different view and saw things more positively. The two deputy premiers say previous governments’ austerity and obedience to EU rules led to the current woes, and the outspoken leaders promise their economic pump-priming will set things straight.

But in fact, it’s hard to find much cheery news in Italy’s latest economic numbers.

Manufacturing has shrunk for two months, and third-quarter fixed investment plunged an alarming 1.1 percent. Looking at manufacturing and services combined, demand fell in both October and November. The unemployment rate, already among the highest in the 19-nation euro area, has risen for the past two months.

“Ultimately I expect Italy’s recession to worsen,” said James Athey, senior investment manager at Aberdeen Standard Investments. “The near-term path is very difficult.”
De EU is op sterven na dood.
The book argues that the euro is worth saving, but this will require reforms and some countries may be forced to leave. Geschreven door 1 van de founding fathers van de euro
vrijdag 7 december 2018 @ 04:18:41 #195 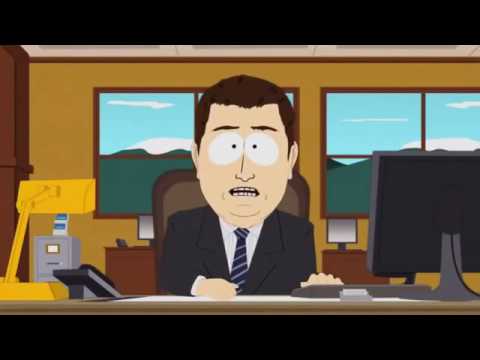