quote:
Online creator Chris Chan arrested on incest charge after leaked audio alleged she had sex with her mother

Christine Weston Chandler, known online as Chris Chan, was arrested on a charge of incest on Sunday.

On Friday, a call leaked that seemed to involve Chandler saying she'd had sex with her mother.

Chandler has a long, complicated online history fueled by trolls.

Chandler, 39, is being held in the Henrico County jail in Virginia after the police brought her in on Sunday afternoon. No court date or bond has been set, a representative for the jail said. Her arraignment will be in Greene County, a sheriff told Newsweek.

On Friday morning, an eight-minute recording was posted on Kiwi Farms, a forum dedicated to discussing internet figures that began as a way to chronicle Chandler's online presence in 2013. In the recording, someone purporting to be Chandler discussed sexual interactions with her 79-year-old mother, Barbara.

Chandler has for decades been known in niche online spaces as the creator of Sonichu, an animated character that's a cross between Pikachu and Sonic the Hedgehog. Online discussion about Chandler and the character began around 2000, and her persona became more widely known around 2007.

For years, Chandler has been the target of online scrutiny and trolling. Several internet denizens have made profiles pretending to be Chandler's friends or girlfriends and leaked personal details about her.

Engaging in sexual intercourse with one's father or mother is a Class 5 felony in Virginia.

Chandler did not respond to requests for comment.
Leaked audio spread online alleging that Chandler had sex with her mother

In the recording, the person said to be Chandler could be heard saying that since June "we've been doing it every third night" and describing sex acts in detail.

A text said to be from Chandler that was posted alongside the recording said, "Barb and I just had another romp in the hay."

The recording and texts spread like wildfire. Later on Friday, "Chris Chan" was a trending topic on Twitter.

"There is drama in the air today," Chandler tweeted on Friday. "Each and every one of you all are encouraged to withdraw from any and all dramas, gossip, rumors, and whatever else will, and already has, approached your way today."

On Sunday, a livestream from the alt-right podcaster Ethan Ralph appeared to show Chandler's arrest outside a hotel in Charlottesville. While it appeared that Chandler was in handcuffs, she told Ralph, "Everything is going to work out."

In October 2011, Chandler and her mother were arrested after her mother hit the manager of a game store with her car; they paid a fine and underwent community service and a year of probation.

In 2014, Chandler was arrested and barred from GameStop after she maced an employee who had asked her to leave. 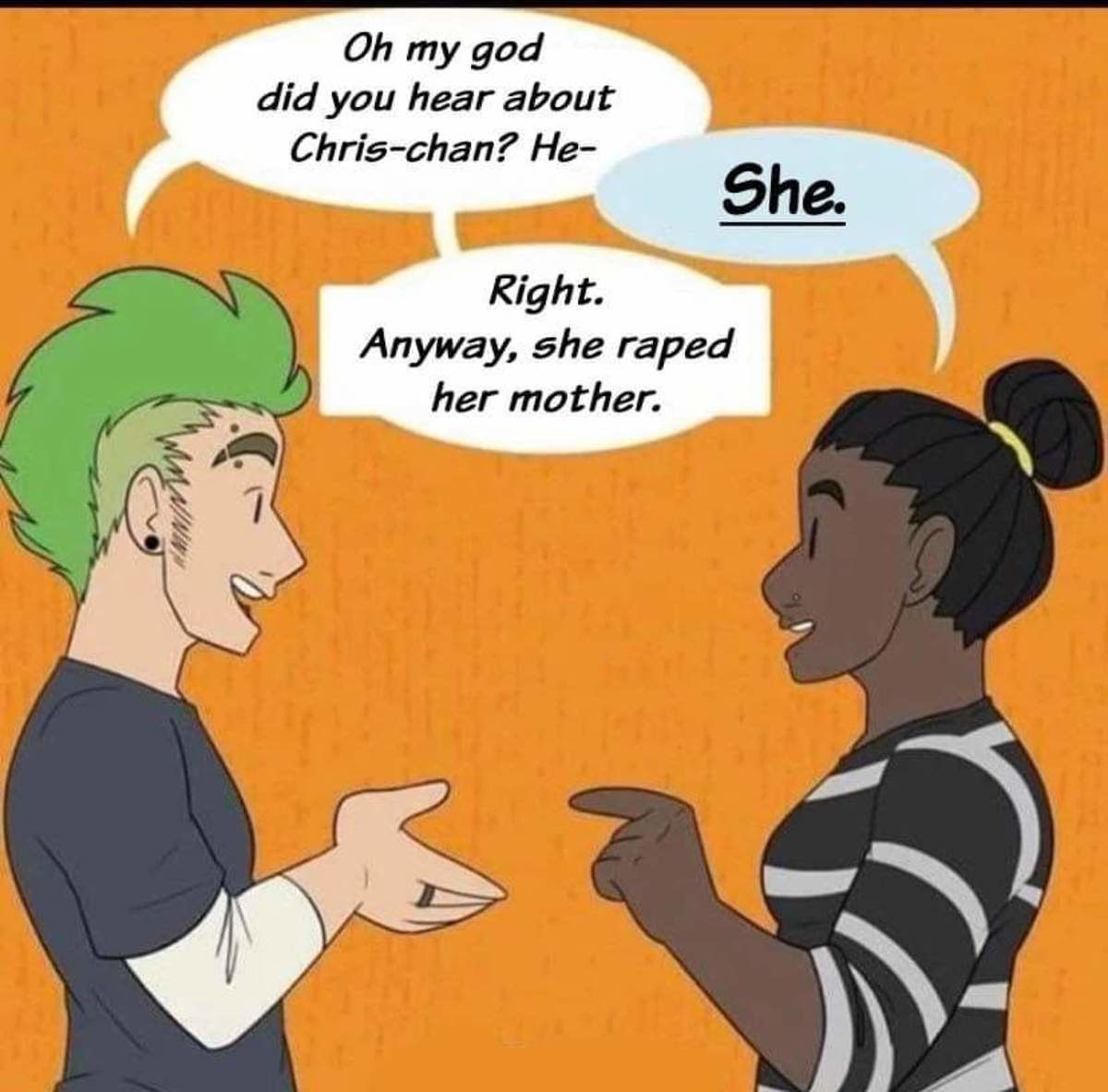 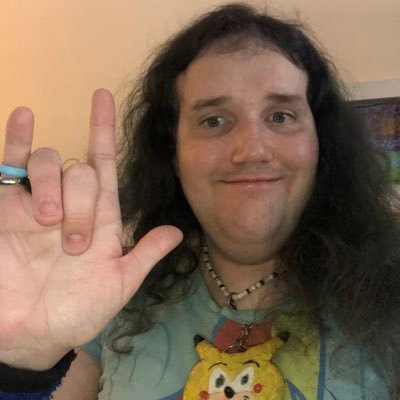 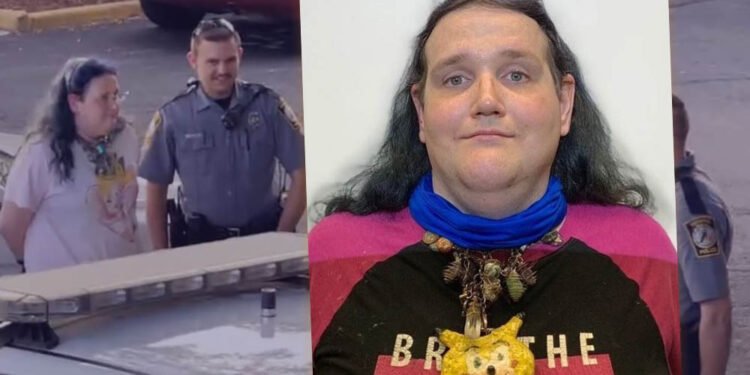 Maar blijkbaar kan je er voor worden gearresteerd in Virginia. Waanzin.
"Dear life, When I said "can my day get any worse?" it was a rhetorical question, not a challenge."
dinsdag 3 augustus 2021 @ 14:00:30 #37

quote:
Engaging in sexual intercourse with one's father or mother is a Class 5 felony in Virginia.

Maar goed, bij dementie kan je natuurlijk niet meer spreken van wederzijds goedvinden.
"Dear life, When I said "can my day get any worse?" it was a rhetorical question, not a challenge."
dinsdag 3 augustus 2021 @ 14:18:30 #40