UFC on Fox: Jacaré vs. Brunson 2 (also known as UFC on Fox 27) is an upcoming mixed martial arts event produced by the Ultimate Fighting Championship that will be held on January 27, 2018 at Spectrum Center in Charlotte, North Carolina 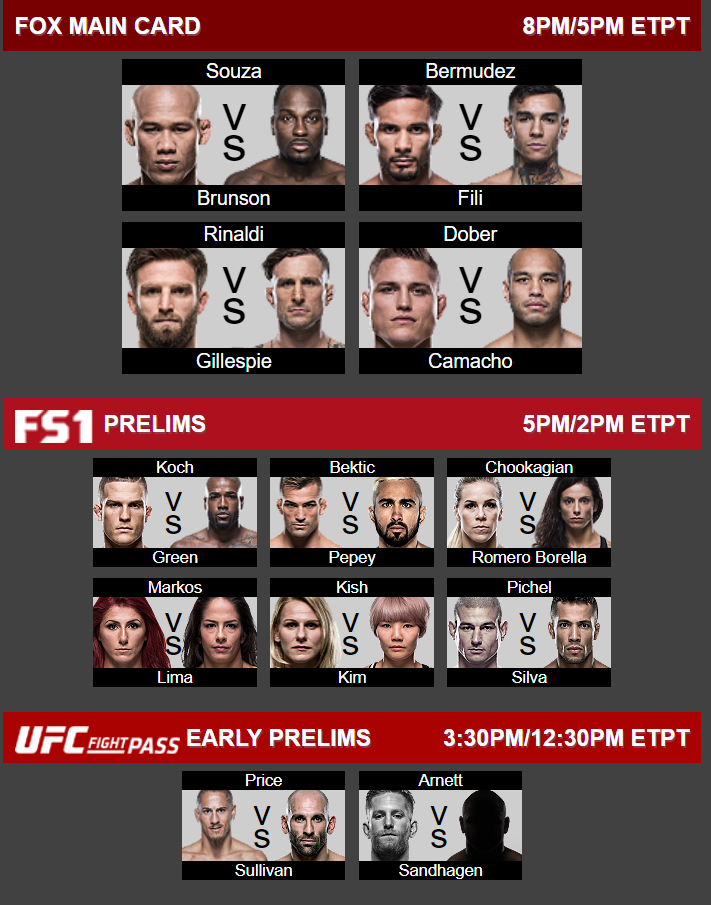 Op dinsdag 23 januari 2018 15:03 schreef Nober het volgende:
UFC on Fox: Jacaré vs. Brunson 2 (also known as UFC on Fox 27) is an upcoming mixed martial arts event produced by the Ultimate Fighting Championship that will be held on January 27, 2018 at Spectrum Center in Charlotte, North Carolina 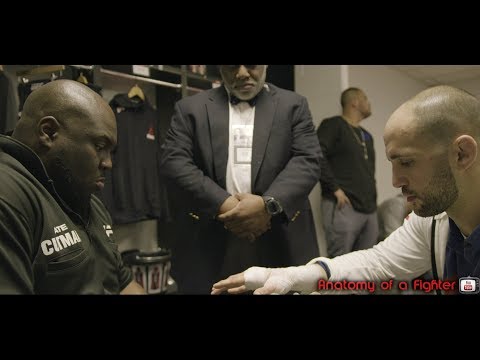 JRE MMA Show #13 with Rose Namajunas & Pat Barry
Rose:
"The Dutch style of kickboxing it's great it's hard it's very intimidating to stand across from but it is very rhytmic on the beat. It is just something that, it looks scary but it's not to be scared of, you know?"

JRE MMA Show #13 with Rose Namajunas & Pat Barry
Rose:
"The Dutch style of kickboxing it's great it's hard it's very intimidating to stand across from but it is very rhytmic on the beat. It is just something that, it looks scary but it's not to be scared of, you know?" 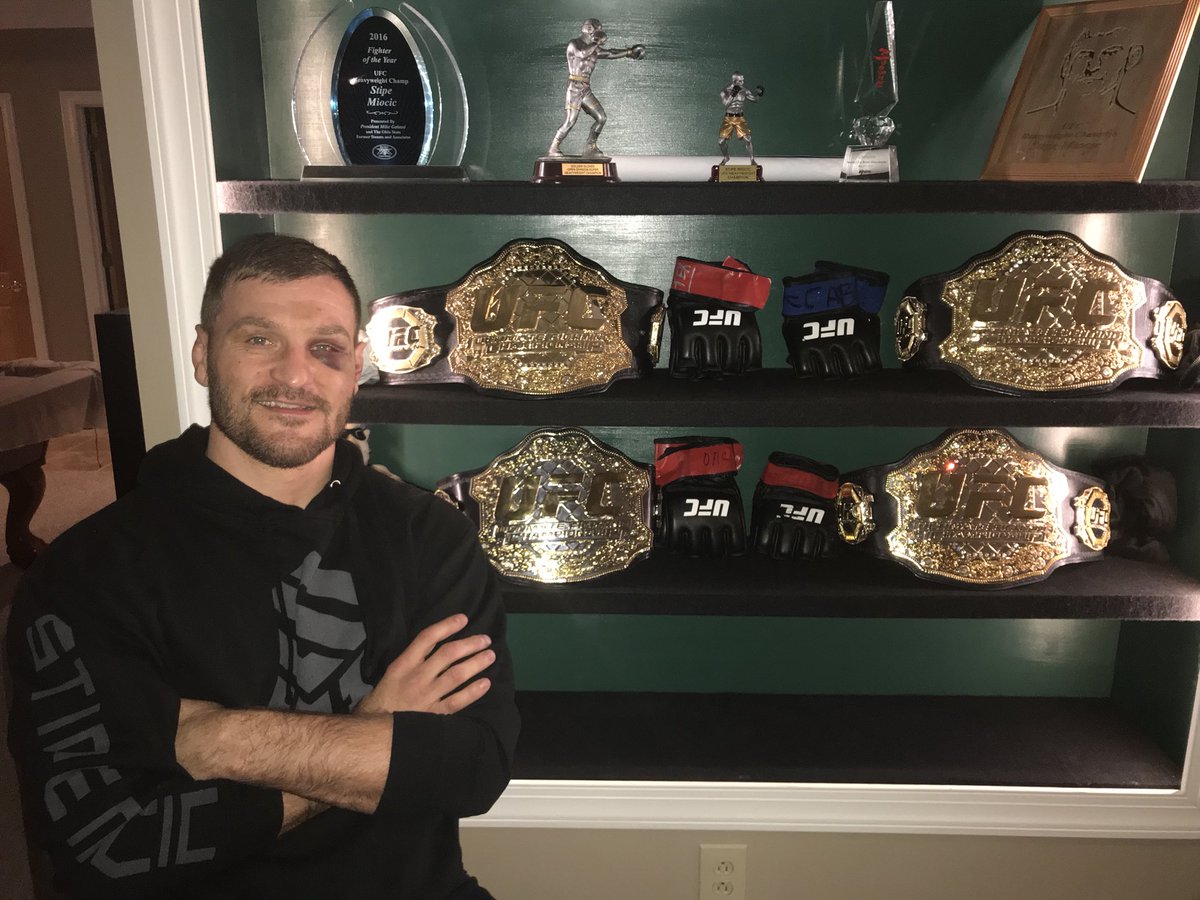 Get to the chopper! 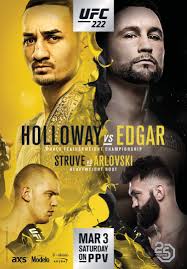 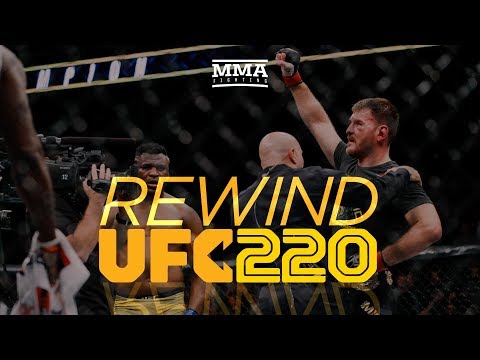 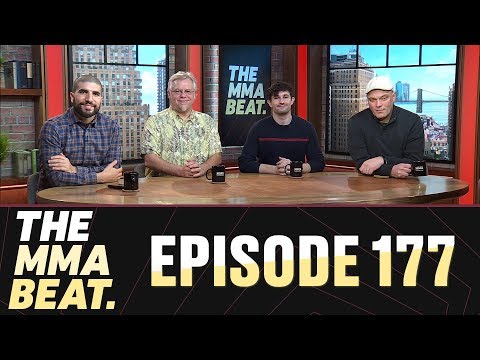 Demetrious Johnson wants to fight T.J. Dillashaw on “a stacked card,” not afraid of being stripped of his title.

.
Since reclaiming the UFC bantamweight title with a knockout win of Cody Garbrandt at UFC 217, T.J. Dillashaw has been aggressively calling for a flyweight title shot against pound-for-pound king Demetrious Johnson but “Mighty Mouse” has been mostly disinterested in the fight. But with the tides of inevitability moving inexorably towards the superfight taking place, Johnson has gotten fully on board with the bout, just so long as it takes place on a major pay-per-view event.

Speaking recently with ESPN, Johnson explained that he was ready to fight Dillashaw but he wanted to do it on a “stacked” card, one that would be sure to draw in large PPV numbers and guarantee a big payday for the all-time great.

“It’s the superfight everyone wants,” said Johnson. “I think TJ and I are both on board. We just want to make sure it’s on a stacked card. We want to make sure we can benefit from a good pay-per-view buy. I think I deserve it, and I think he deserves it.

“I’d rather have somebody else main event, [someone] who is going to bring in way more PPVs. In my opinion, that’s held up the fight on my end. I’ve seen guys jump on [stacked] PPV cards and make $1.5 million, fighting an inferior opponent than who I’m about to fight. Me and TJ could fight on a smaller card and pull 275,000 buys, get an extra check for $75,000. My management told me, ‘You know what, we’ll hold out for a big event.’

”A lot of media and fans think that’s a way of turning down fights or ducking someone, but that’s a way of being a smart businessman and getting the most money you can get. ... I’ll wait for that opportunity, because in that one card, I’ll basically make more money than three fights -- a year and a half of my life -- [combined].”

Johnson is the longest reigning champion in UFC history and generally considered to be one of the best fighters ever but despite his success, mainstream stardom has eluded him. His most recent PPV outing only drew in a reported 120,000 buys and his lack of stardom and the monetary compensation that goes with that has been a sticking point between him and the UFC for some time now. But inclusion on a UFC supercard with multiple title fights on it, like the PPV for International Fight Week this summer figures to be, that would make everything alright for “Mighty Mouse.”

“If we can get three title fights - a champions vs. champions edition - that should do well,” Johnson said. “If they did Georges St-Pierre vs. Tyron Woodley, Amanda Nunes vs. [Cris] Cyborg and me vs. TJ, they can send me the contract. They can negotiate that contract now.”

But if the UFC isn’t interested in doing that, Johnson says he is sticking to his guns and not going to fight Dillashaw otherwise, even if they try and strongarm him.

“I’m straightforward,” Johnson said. “If UFC comes back and says, ‘You know what, Demetrious, we’re not going to give you that,’ I’ll say, ‘Perfect, send me the No. 1 contender in the flyweight division and TJ can stay up and fight whoever he wants.’ That’s how I am when it comes to this.

”I’m not going to sit here and f**king argue. ‘This is what I want. If you’re not going to give it to me, that’s fine. I’ll just keep fighting guys in my division. You want to strip me? Fine, perfect. Strip me. I’ll work my way back up the ladder.’

”I’ve beat everyone in my division. Now I’m waiting for my opportunity to be on the kind of card that makes that kind of money. And I’m not trying to piggyback off anyone else. I feel I bring a lot to the table - 11 title defenses. I should get that opportunity. If people disagree, that’s their problem. That’s what I feel I am worth.”
actieve topics nieuwe topics
abonnementen ibood.com bol.com Coolblue
[MMA] Centraal MMA topic #388 Baddest Man on the Planet