Iron Maiden #1 : the legacy of the beast

quote:
The stunning cover art was created by Mark Wilkinson, who has worked with the band previously, and because this 11-track album has a total running time of 92 minutes, it is IRON MAIDEN’s first ever double studio album. There’s a broader split on the songwriting compared to previous Maiden records, with bassist and founder member Steve Harris contributing to seven of the tracks; 6 of them with Maiden’s guitarists and one sole composition. This is also the first time since 1984’s Powerslave that an IRON MAIDEN studio album also features two tracks written solely by Bruce Dickinson, one of which is the longest song Maiden has ever recorded! And also two Dickinson/Smith collaborations.

“We approached this album in a different way to how we’ve recorded previously. A lot of the songs were actually written while we were there in the studio and we rehearsed and recorded them straight away while they were still fresh, and I think that immediacy really shows in the songs, they have almost a live feel to them, I think. I’m very proud of The Book Of Souls, we all are, and we can’t wait for our fans to hear it, and especially to take it out on the road next year!”

“We’re really excited about The Book Of Souls and had a fantastic time creating it. We started working on the album in late summer 2014 and recorded it at Guillame Tell Studios in Paris, where we’d done the Brave New World album back in 2000 so the studio holds special memories for all of us. We were delighted to discover the same magical vibe is still alive and very much kicking there! So we immediately felt at home and the ideas just started flowing. By the time we’d finished we all agreed that each track was such an integral part of the whole body of work that if it needed to be a double album, then double its going to be!”

quote:
The Book Of Souls is the band’s 16th studio album since their eponymous debut in 1980 charted at #4 in the UK, in a career achieving sales of over 90 million albums worldwide. Their previous album, 2010’s The Final Frontier was Maiden’s most successful chart-wise to date, reaching Number One in 28 countries and was their highest chart debut in the U.S reaching #4 in the Billboard 200.

quote:
Due to Bruce’s illness the band had to delay touring plans but promise to be out on the road again early next year, giving time for Bruce to make a full physical recovery to be ready for the rigours of Maiden live performances. 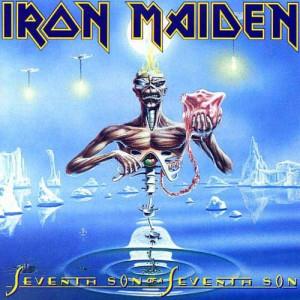 quote:
CONFIDENTIAL & EMBARGOED UNTIL WED OCT 7th @ 10AM CEST/9AM UK
IRON MAIDEN ANNOUNCE CONCERT IN THE NETHERLANDS ON
8TH JUNE 2016 ON THE BOOK OF SOULS WORLD TOUR
THE NEW ALBUM “THE BOOK OF SOULS” DEBUTS AT #1 IN THE
NETHERLANDS AND IN OVER 40 COUNTRIES ROUND THE GLOBE
MAIDEN, CREW AND EQUIPMENT TO TOUR ON ED FORCE ONE, A
BOEING 747-400 JUMBO JET
PILOTED BY VOCALIST BRUCE DICKINSON
Rock legends IRON MAIDEN, whose new studio double album The Book of Souls debuted at No.1 in
The Netherlands will make a highly anticipated return in June on their enormous Boeing 747-400
jumbo jet Ed Force One, piloted by vocalist Bruce Dickinson and carrying band, crew and stage
production and equipment over 50,000 miles (88,500km) around the world visiting 35 countries.
The band will play at the Gelredome Stadium, Arnhem on 8 June.
Tickets go on sale to the general public on Friday October 9th, 2015 @ 12 noon (CEST). As usual,
there will be an exclusive pre-sale for IRON MAIDEN Fan Club members, details of which can be
found on www.ironmaiden.com along with details of how Fan Club members can participate in the
draw to be “First To The Barrier”.
Bruce comments;
“We cannot wait to get back out on tour. Maiden thrive on touring and getting out to our fans, it’s also
what we enjoy most. When we start in the USA in late February it will be 19 months since our last
show at Sonisphere in the UK so we are raring to go. It will be a great feeling to board our new Jumbo
Ed Force One with the crew and the gear and head round the globe and get back on stage for you
guys! Last time we played at the Gelredome was back in 2011 so it’ll be great to come back to
Arnhem and see everyone again.
“Of course we haven't decided on the set list as yet and won’t until we start rehearsing but we really
look forward to playing a number of new songs live, especially as the recording was so much live.
However, as it’s been a while since we saw you all, I am sure we will include plenty of older fan
favourites too. I think the fans will be delighted by what we have in mind. We are also in the middle of
creating the new show and rest assured we are working hard to bring you all something spectacular,
something with a lot of heart !!! You certainly deserve it for your patience.“
The support band on The Book Of Souls Tour will be The Raven Age www.theravenage.com
Tickets go onsale at www.ticketmaster.nl
Both Iron Maiden Management and the Promoter Mojo Concerts urge the Public to only buy tickets
from the authorised Agency’s listed above.
END.
NOTES:
 The new Ed Force One will transport band, crew and over 12 tons of equipment across 6 of
the 7 continents of the world
 The band will visit around 35 countries on this tour, flying over 55 thousand miles (88,500km)
including first ever visits to China and El Salvador
 Bruce has started his training to qualify as a 747 pilot. He is using a Simulator based at
Cardiff Aviation, an aircraft maintenance facility he owns in Wales.
 Ed Force One will once again be customised on the outside with the Iron Maiden logo and
new album art de-cals. As the 747 is so huge, only minimal modifications will be needed to
the interior as all the equipment and production can be carried in the hold without having to
modify the plane for freight.
 New album The Book Of Souls debuted at #1 in 24 territories : Argentina, Austria, Belgium,
Brazil, Croatia, Czech Rep, Finland, Germany, Greece, Hungary, Israel, Italy, Japan, Mexico,
Netherlands, Norway, Poland, Portugal, Serbia, Slovenia, Spain, Sweden, Switzerland and
the UK. PLUS #1 in a further 19 territories where physical/retail charts are no longer
published, only Digital ones: Bolivia, Bulgaria, Chile, Colombia, Costa Rica, Ecuador, El
Salvador, Guatemala, India, Lithuania, Luxembourg, Nepal, Nicaragua, Panama, Papua New
Guinea, Paraguay, Peru, Romania, Slovakia. The album also debuted at #2 in Australia,
Canada, Denmark, France, Ireland and New Zealand, #3 in Turkey and #4 in the USA and
South Africa.

The Raven Age is het voorprogramma. 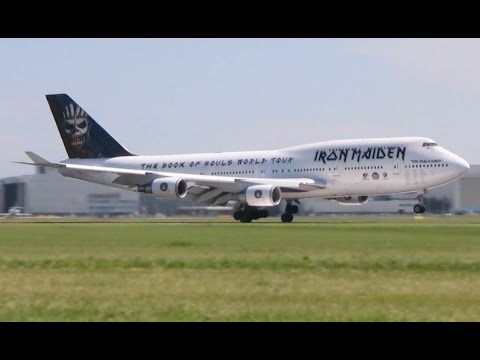 "Scientists are actually preoccupied with accomplishment. So they are focused on whether they can do something. They never stop to ask if they should do something."
- Ian Malcolm
woensdag 8 juni 2016 @ 15:30:14 #45

"Scientists are actually preoccupied with accomplishment. So they are focused on whether they can do something. They never stop to ask if they should do something."
- Ian Malcolm
donderdag 9 juni 2016 @ 15:42:36 #49