quote:
SAN RAFAEL, Calif. - June 9, 2010 - Telltale Games, the leading independent digital publisher and developer of episodic interactive entertainment, today announced a multi-year, two-title video game development deal with Universal Partnerships & Licensing. Telltale Games has secured the rights to create video games based on two of Universal Pictures' most popular intellectual properties, Back to the Future and Jurassic Park. The first game released under the agreement will be a Telltale Games "season" based on the successful Back to the Future series of films.

With more than five million episodes delivered to date across all major video game platforms, Telltale is the acknowledged leader in digitally delivering episodic content to consumers. The agreement broadens Telltale's product offerings into new genres and new styles of gameplay.

"Our partnership with Universal is an exciting next step in our continued growth as a mass-market games publisher and developer," said Dan Connors, CEO of Telltale Games. "We are all huge fans of both of these franchises. For Back to the Future and Jurassic Park we will leverage Telltale's expertise in story-telling and game design to deliver on the unique elements of each series with our goal being to create compelling cinematic adventures paying homage to each franchise."

Jurassic Park and Back to the Future are two of the most successful film trilogies ever, grossing over $3 billion dollars at the box office collectively.

"Telltale Games has succeeded in establishing a unique combination of digital and physical distribution models, and their reputation for quality production is well earned," said Bill Kispert, Vice President and General Manager, Digital Platforms, Universal Partnerships & Licensing. "Telltale's episodic story-telling is an ideal means by which to add compelling new content to these important franchises."

Look for the first video game based "season" of Back to the Future from Telltale this winter followed shortly by Jurassic Park. Telltale will release more information on both game series at a later date.

About the Jurassic Park franchise

Since Universal Pictures and Steven Spielberg's Amblin Entertainment first joined forces to unleash an adventure over 65 million years in the making, Jurassic Park has become the "premier" and "authentic" dinosaur brand the world over. When Jurassic Park was released in 1993, it became an instant phenomenon. In the years that followed, two additional films were released - The Lost World: Jurassic Park and Jurassic Park III - bringing the trilogy's worldwide box office total to more than $2 billion. The franchise continues to resonate with consumers worldwide via consumer products, popular attractions at Universal Studios Theme Parks and annual airings of the three films on a multitude of television networks.

About the Back to the Future franchise

UP&L oversees Universal's consumer product licensing, film and home entertainment promotions, and all corporate alliances for Universal's theatrical, home entertainment, theme parks and stage productions. This dedicated division is also responsible for monetizing the studio's vast library of films and characters through licensing, branding and marketing opportunities. UP&L is part of NBC Universal, one of the world's leading media and entertainment companies in the development, production, and marketing of entertainment, news, and information to a global audience. Formed in May 2004 through the combining of NBC and Vivendi Universal Entertainment, NBC Universal owns and operates a valuable portfolio of news and entertainment networks, a premier motion picture company, significant television production operations, a leading television stations group, and world-renowned theme parks. NBC Universal is 80%-owned by General Electric, with 20% owned by Vivendi.

Telltale is a leading independent digital publisher of interactive stories playable on every major gaming platform. Telltale is also the pioneer of episodic delivery of content developing games as series and successfully releasing on a schedule to create a longer consumer engagement for each release. Founded in 2004 by LucasArts veterans with decades of experience, Telltale has quickly become an industry leader, establishing the model for successful episodic game creation and digital publishing. Telltale has sold more than 5 million episodes since 2005. Telltale's reputation for quality has been established across more than 25 published releases that have cumulatively earned an average Metacritic score above 80%. Telltale's titles have won numerous awards including, "Adventure Game of the Year" accolades from publications such as IGN, PC Gamer, GameSpy, and Adventure Gamers, and have been recognized by mainstream outlets ranging from USA Today, to The New York Times to Variety. Telltale currently develops and publishes episodic series on PlayStation® 3, PC, Mac, Wii™, Xbox 360™ and iPad.

. Ik kan me daar maar moeilijk overheen zetten.
My mother was a drug addict. When she got pregnant, she took more drugs. She even tried to kill me inside her with a coat hanger, but I survived. I was born blind as a result, but my mother didn't care. She overdosed choking on her own vomit.
Moderator maandag 19 juli 2010 @ 13:00:54 #133 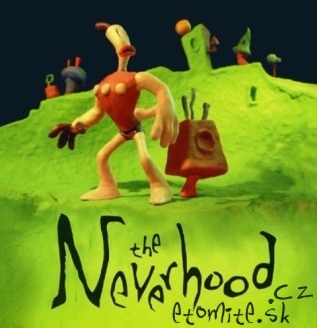