Symphony of Science - 'We Are All Connected' (ft. Sagan, Feynman, deGrasse Tyson & Bill Nye)
"We Are All Connected" was made from sampling
Carl Sagan's Cosmos,
The History Channel's Universe series,
Richard Feynman's 1983 interviews,
Neil deGrasse Tyson's cosmic sermon,
and Bill Nye's Eyes of Nye Series,
plus added visuals from The Elegant Universe (NOVA),
Stephen Hawking's Universe,
Cosmos,
the Powers of 10,
and more.
It is a tribute to great minds of science, intended to spread scientific knowledge and philosophy through the medium of music.


Symphony of Science - 'Our Place in the Cosmos' (ft. Sagan, Dawkins, Kaku, Jastrow)

Symphony of Science - 'Our Place in the Cosmos' (ft. Sagan, Dawkins, Kaku, Jastrow)
"Our Place in the Cosmos", the third video from the Symphony of Science, was crafted using samples from
Carl Sagan's Cosmos,
Richard Dawkins' Genius of Charles Darwin series,
Dawkins' TED Talk,
Stephen Hawking's Universe series,
Michio Kaku's interview on Physics and aliens,
plus added visuals from Baraka, Koyaanisqatsi,
History Channel's Universe series,
and IMAX Cosmic Voyage.
The themes present in this song are intended to explore our understanding of our origins within the universe, and to challenge the commonplace notion that humans have a superior or privleged position, both on our home planet and in the universe itself.

Our planet, the Earth, is as far as we know
Unique in the universe; it contains life
Here plants and animals proliferate in such numbers
That we still have not even named all the different species

[Carl Sagan]
Every cell is a triumph of natural selection
And we're made of trillions of cells (Within us is a little universe)
Those are some of the things that molecules do
Given four billions years of evolution (We are, each of us, a multitude)

Now how did the molecules of life arise?

These were the "seeds"
From which the tree of life developed
They were able to split, replicating themselves
As bacteria do

It's a very wuzzie line,
and it's getting wuzzier
All the time

We find animals doing things that we,
In our arrogance,
Used to think was "just human"

[Attenborough]
Its continued survival now rests in our hands

Symphony of Science - The Poetry of Reality (An Anthem for Science)

Symphony of Science - The Poetry of Reality (An Anthem for Science)

[Neil deGrasse Tyson]
If you're scientifically literate,
The world looks very different to you
And that understanding empowers you

Refrain:
[Richard Dawkins]
There's real poetry in the real world
Science is the poetry of reality

[Sagan]
We can do science
And with it, we can improve our lives

[Carolyn Porco]
The quest for the truth, in and of itself,
Is a story that's filled with insights

Alan Watts - The Real You

Symphony of Science - 'The Case for Mars' (ft. Zubrin, Sagan, Cox & Boston)
"The Case for Mars" is the sixth installment in the Symphony of Science music video series. It features Robert Zubrin, Carl Sagan, Brian Cox, and Penelope Boston. Samples come from the documentary "The Mars Underground", Cosmos, and Wonders of the Solar System. The video is intended to pique curiosity about the planet Mars and to promote human exploration of it.

It has water, it has carbon,
It has a 24 hour day
It has geothermal energy
Mars is a place we can settle

[Carl Sagan]
There is a giant rift in its surface
5,000 kilometers long
There is a volcano as wide as Arizona

[Sagan]
Mars is a world of wonders

[Sagan]
Mars is a world of wonders

But these are dragons that we can take on

[Cox]
We now have "eyes" and "ears" on the surface

Ode to the Brain!

Ode to the Brain! by Symphony of Science
[Robert Winston]
It's amazing to consider that I'm holding in my hands
The place where someone once felt, thought, and loved
For centuries, scientists have been battling to understand
What this unappealing object is all about

[Robert Winston]
It appears rather gruesome
Wrinkled like a walnut, and with the consistency of mushroom

The neurons store sounds too, and snatches of music
Whole orchestras play inside our heads

Symphony of Science - "Children of Africa"

Symphony of Science - "Children of Africa" (The Story of Us)
[Jacob Bronowski]
Man is a singular creature;
He has a set of gifts which make him unique among the animals
So that unlike them, he is not a figure in the landscape
He is the shaper of the landscape

[Jane Goodall]
We are not the only beings
With personalities, minds, and feelings
Chimpanzees have very clear personalities

[David Attenborough]
Using his burgeoning intelligence,
This most successful of all mammals
Has exploited the environment to produce food
For an ever increasing population.

Symphony of Science - Onward to the Edge!

Symphony of Science - Onward to the Edge!
[Neil deGrasse Tyson]
The act of moving onward means we pass these sign posts
One of them was first leaving earth
The next one is hanging out on the moon
What's next? The planets

[Tyson]
When I reach to the edge of the universe
I do so knowing that along some paths of cosmic discovery
There are times when, at least for now,
One must be content to love the questions themselves
Death Makes Angels of us all
And gives us wings where we had shoulders
Smooth as raven' s claws...
woensdag 30 november 2011 @ 09:14:58 #21

Symphony of Science - the Quantum World!

Symphony of Science - the Quantum World!
Morgan Freeman]
So, what are we really made of?
Dig deep inside the atom
and you'll find tiny particles
Held together by invisible forces

That's a wonderful and significant story

[Feynman]
I gotta stop somewhere
I'll leave you something to imagine
Death Makes Angels of us all
And gives us wings where we had shoulders
Smooth as raven' s claws...
dinsdag 17 januari 2012 @ 18:40:49 #22

Symphony of Science - The Greatest Show on Earth! A music video about Evolution

Symphony of Science - The Greatest Show on Earth! A music video about Evolution
Richard Dawkins' "There is grandeur in this view of life" speech
BBC Life
BBC Planet Earth
David Attenborough's First Life
Charles Darwin and the Tree of Life
Bill Nye Evolution episode
Death Makes Angels of us all
And gives us wings where we had shoulders
Smooth as raven' s claws...
zondag 23 september 2012 @ 00:13:31 #23

The World of the Dinosaurs - Symphony of Science

The World of the Dinosaurs - Symphony of Science

"We Are Star Dust" - Symphony of Science

Het is even geleden, maar er is weer een nieuwe

Symphony of Science - Secret of the Stars .

Symphony of Science - Secret of the Stars
!

Sources:
Through the Wormhole
Einstein's Big Idea (NOVA)
The Elegant Universe (NOVA)
Wonders of the Solar System (BBC)
Einstein's Equation of Life and Death (BBC)
What Time Is It (BBC)
Einstein (History)
The Universe in a Nutshell
Relativity and the Twin Paradox
What Lies Beyond Our Own Space-Time Continuum
The Universe - Brian Cox lecture

Say, do you like mystery stories?
Well we have one for you.
The concept: relativity. That strange fantastic relationship between time, distance, and mass.
Before we're finished, I think you'll agree that truth is stranger than the strangest fiction.

Why do the stars shine?
Why does the galaxy light up?

As you travel faster
Time slows down
Everything slows down

The beauty, the majesty,
The power of the universe
Into a single equation

Space and time are bent by stars and planets
As things move through this curved space, they bend

Now all of this is illustration of the fact
that time and space are linked together.

As you're moving through bent and curved space and time,
You feel like you feel a force (x2)
That force is gravity

MONSTERS OF THE COSMOS - Symphony of Science
There are monsters out in the cosmos
That can swallow entire stars
Inside these equations, there's a monster
Anything that strays too close will be pulled in

An anomaly of gravity so strange
Nothing is more seductive

In the last century, black holes have gone from being mathematical curiosities
To real objects in the cosmos
Seemingly crucial to the formation of galaxies
Nothing can escape it, even light

There must be millions and millions of black holes
Zipping around our galaxy, nothing there to light them up 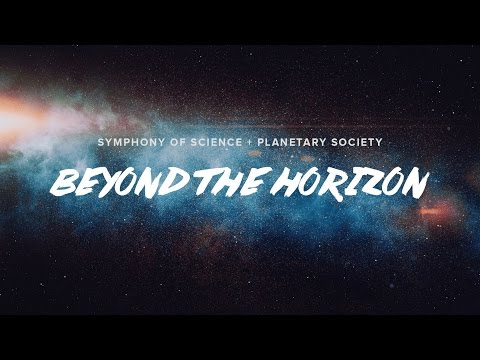 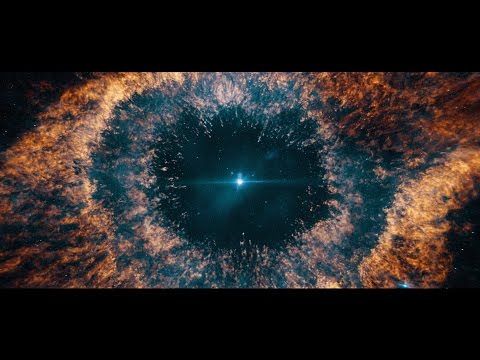 SYMPHONY OF SCIENCE - WAVES OF LIGHT 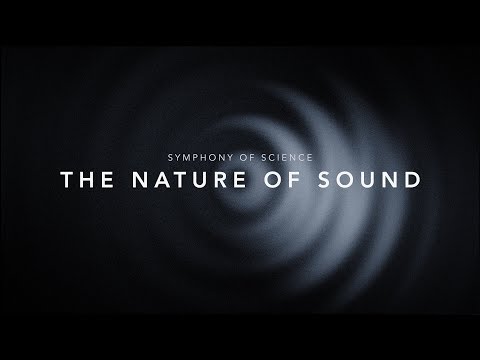 THE NATURE OF SOUND - SYMPHONY OF SCIENCE
A journey into the world of sound and music with Julius Sumner Miller, Brian Greene, Bill Nye, Yehudi Menuhin and more. Sound has always fascinated me - the way mere vibrations in the air can evoke such strong emotions, and how humans create our own meaning from arbitrary motion of molecules. We are like gods, building huge cathedrals of sonic beauty from minute, invisible physical forces that surround us.
Death Makes Angels of us all
And gives us wings where we had shoulders
Smooth as raven' s claws...
vrijdag 19 januari 2018 @ 09:19:13 #33 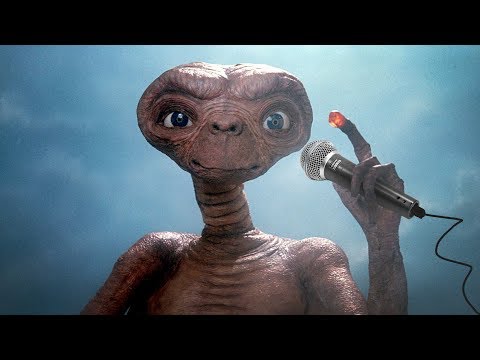 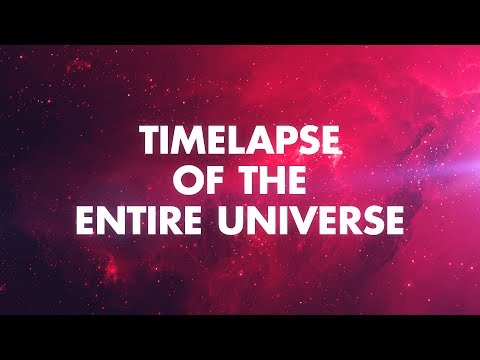 TIMELAPSE OF THE ENTIRE UNIVERSE 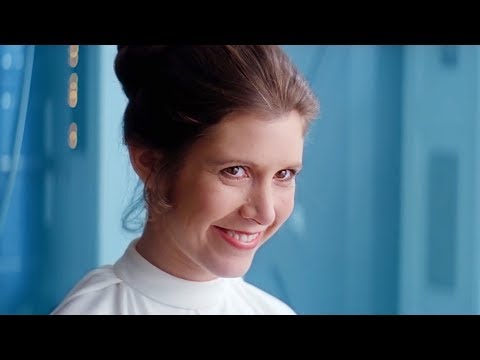 THE FORCE: A musical tribute to Princess Leia 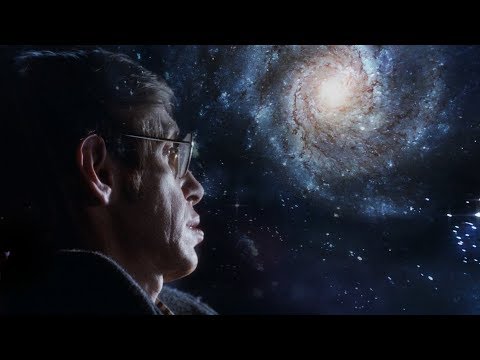 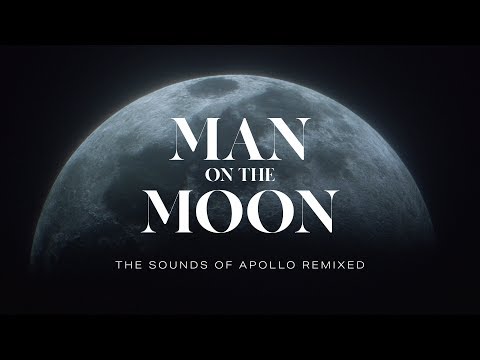 MAN ON THE MOON: The sounds of Apollo 11 remixed 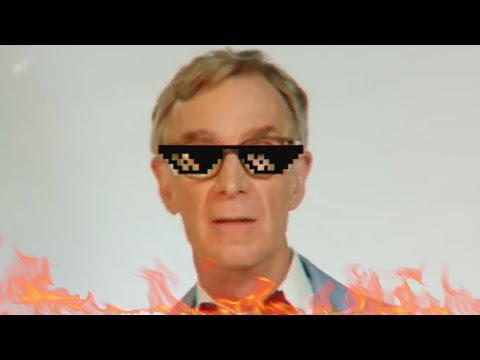 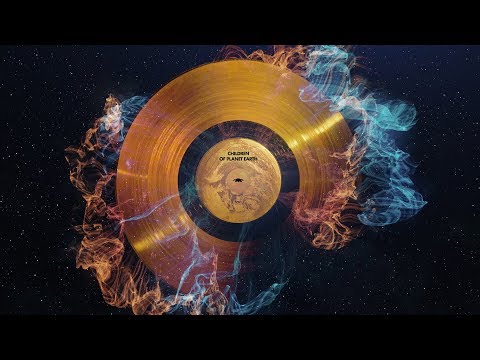 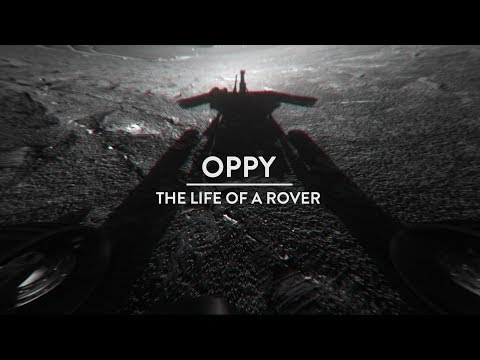 OPPY: The Life of a Rover 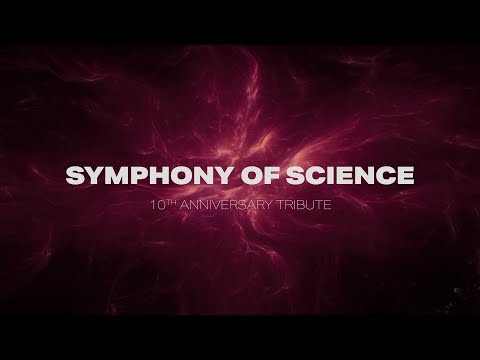 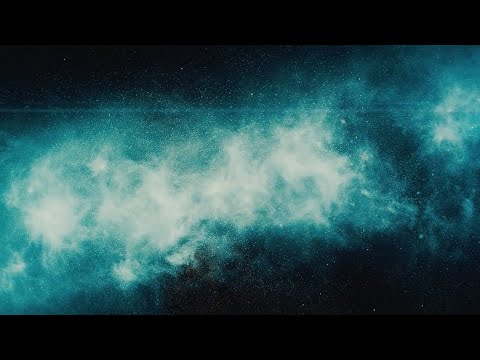 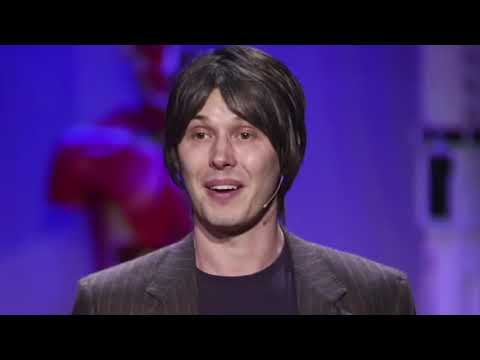 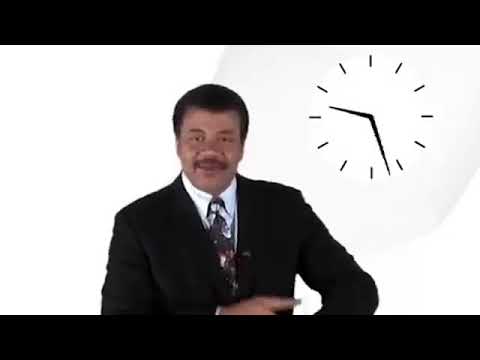