quote:
WTC Building 7 Data Released: University of Alaska Fairbanks has released over 600GB of data regarding their finding that fire did NOT bring down building 7 on 9/11, as claimed by NIST - which has yet to release their data.

A Structural Reevaluation of the Collapse of World Trade Center 7

In summary, several findings were made from the analyses above:

Columns 79, 80, and 81 did not fail at the lower floors of the building. Instead, they needed to have failed at the upper floors of the building all the way to the penthouse. Yet there were no documented fires above Floor 30. Therefore, fire did not cause the collapse of Columns 79, 80, and 81 nor the collapse of the east penthouse.

The hypothetical failure of Columns 79, 80, and 81 — the three easternmost core columns — would not trigger a horizontal progression of core column failures. Therefore, the hypotheses of NIST, Arup/Nordenson, and Weidlinger that the buckling of Column 79 would trigger a progressive collapse of the entire building are invalid, and the collapse of Columns 79, 80, and 81 high in the building was a separate and distinct event.

Even if we assume the failure of Columns 79, 80, and 81 could lead to the failure of the next row of core columns, the hypothetical failure of Columns 76 to 81 would overload the exterior columns around the southeast corner of the building, rather than overloading the next row of core columns to the west, which would result in the building tipping to the southeast and not in a straight-down collapse.

The hypothetical simultaneous failure of all core columns would cause the building to tip to the southwest and would not cause a straight-down collapse.

Despite simulating a number of hypothetical scenarios, we were unable to identify any progressive sequence of failures that could have taken place on September 11, 2001, and caused 112 a total collapse of the building, let alone the observed straight-down collapse with approximately 2.5 seconds of free fall and minimal differential movement of the exterior. 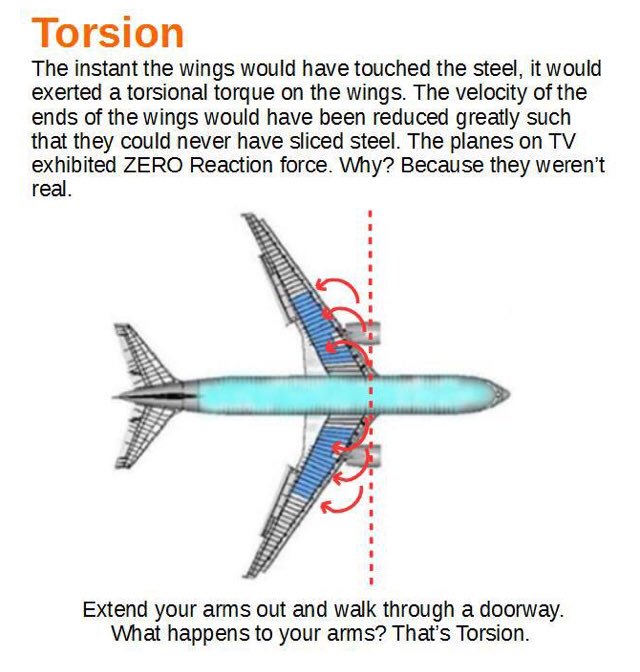 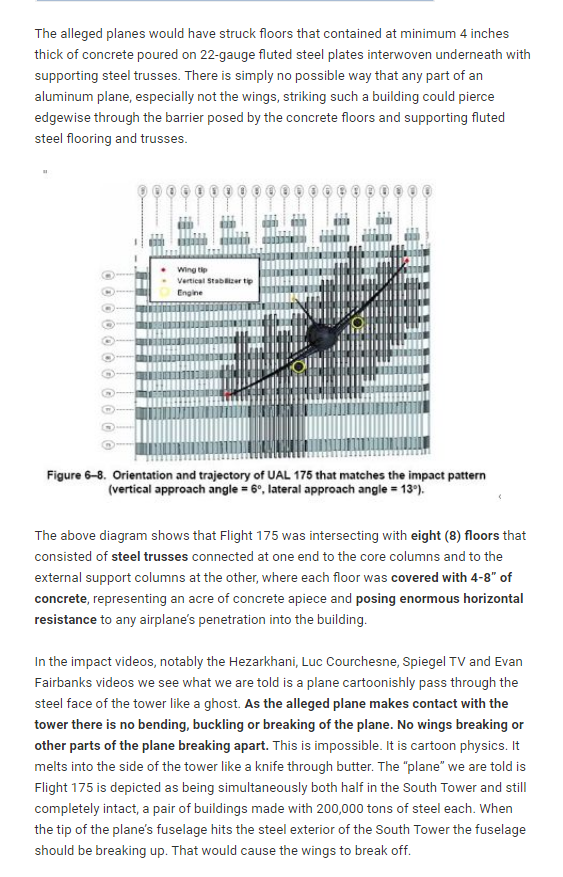 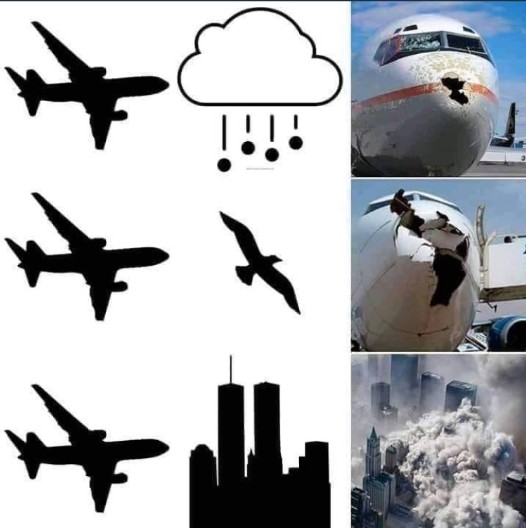 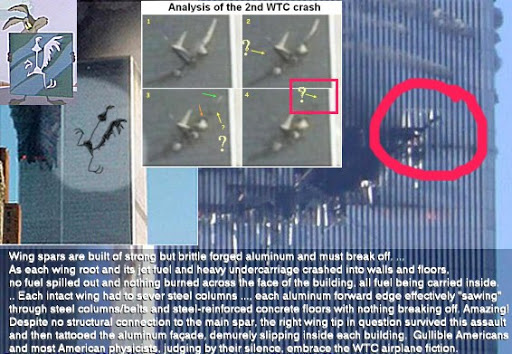 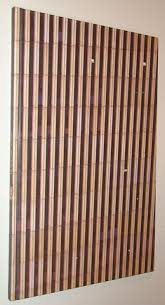 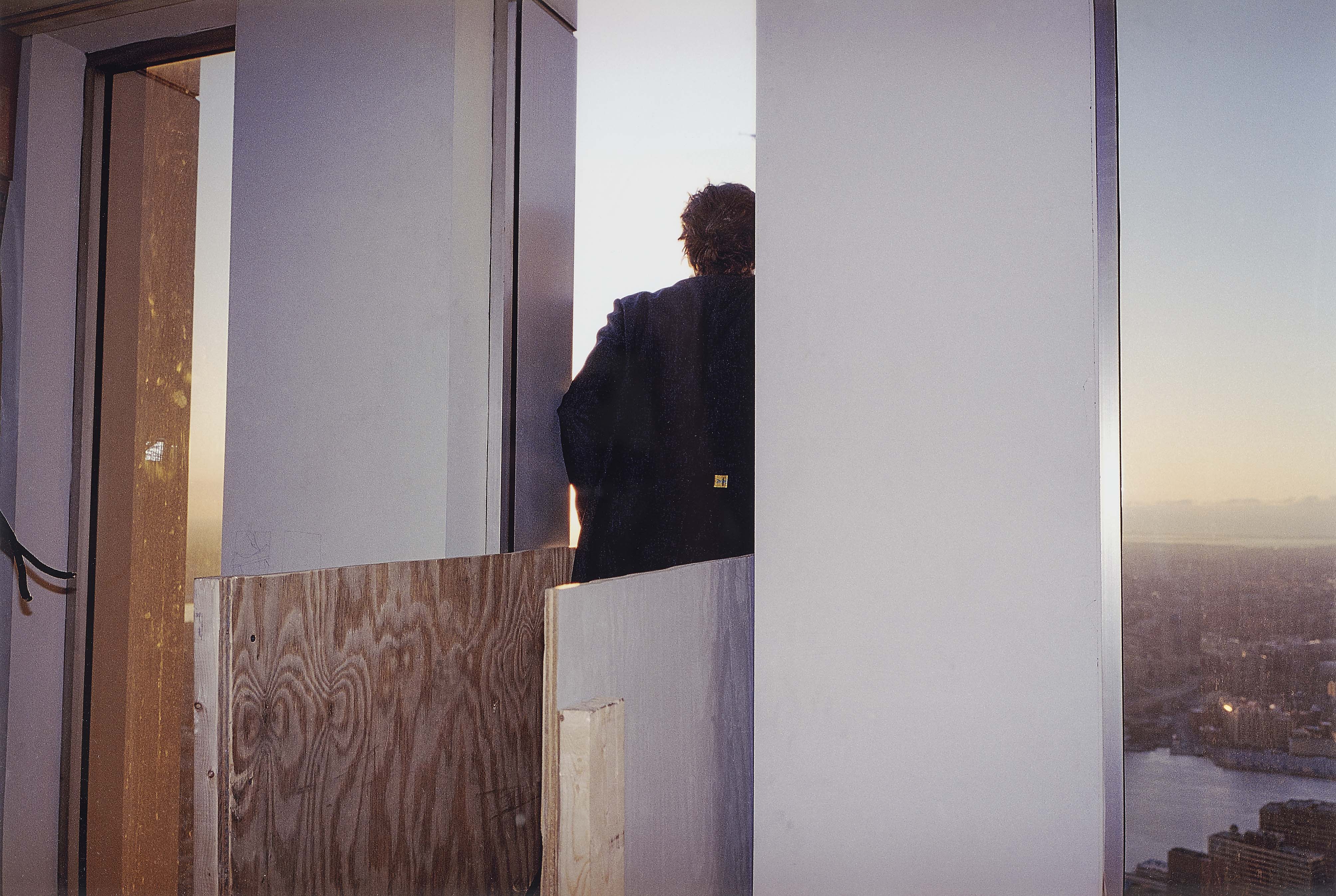 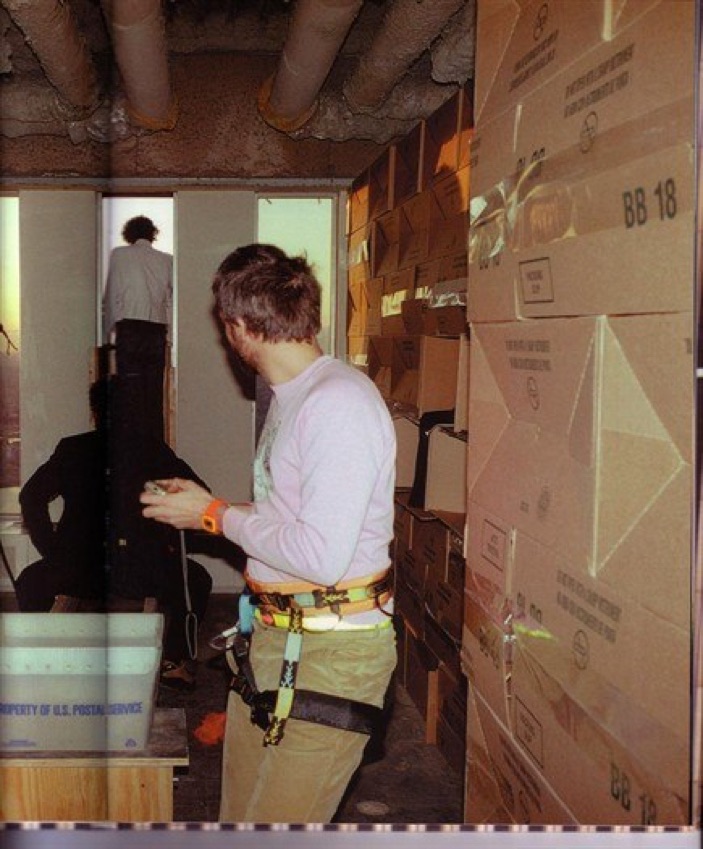 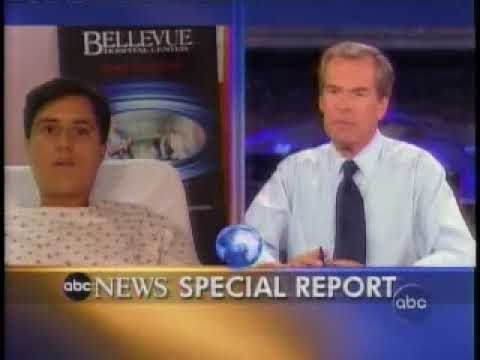 Maar goed, ben klaar met de 911 onzin.
In the new 'reality' we will be living in,nothing will be real and everything will be true-David A.McGowan
Why do some people not credit the origin of the quotes they use under their posts?- Tingo
zaterdag 19 maart 2022 @ 17:14:15 #9

Volgens mij ging het over totaal 2,5 seconden verdeeld over twee momenten, maar dat was één moment?
“My soul is impatient with itself, as with a bothersome child; its restlessness keeps growing and is forever the same. Everything interests me, but nothing holds me.” ― Fernando Pessoa
maandag 21 maart 2022 @ 13:25:30 #16

Inderdaad. Een aanpassing die wijst op enorme incompetentie óf iets kwalijkers.
“My soul is impatient with itself, as with a bothersome child; its restlessness keeps growing and is forever the same. Everything interests me, but nothing holds me.” ― Fernando Pessoa
dinsdag 22 maart 2022 @ 12:15:11 #18 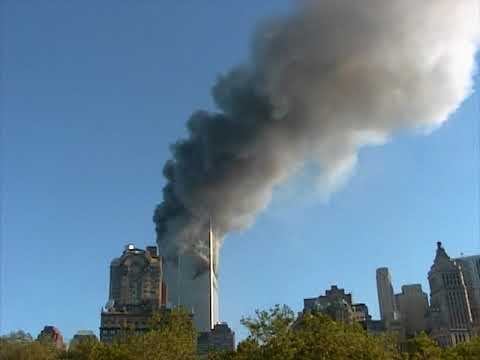 9-11 Kevin's Video with raw audio (includes swearing)
Kevin writes:
'I posted this video in the 2000's but accidently left it private for until now.'

Van de comments:
'he originally said 2001 and then changed it to 2000s when people pointed out the issue'

'He uploaded to YouTube as a private video, yet YouTube didn't exist when he uploaded it to YouTube.. for someone with as much aviation experience as him, he should have taken this straight to the relevant authorities'

9/11: 20 YEARS OF DECEPTION - EP 1 - FULL MOVIE IN HD
Nieuwe docu?
“My soul is impatient with itself, as with a bothersome child; its restlessness keeps growing and is forever the same. Everything interests me, but nothing holds me.” ― Fernando Pessoa
actieve topics nieuwe topics
abonnement bol.com Unibet Coolblue
9/11 #132: #Energy Beams