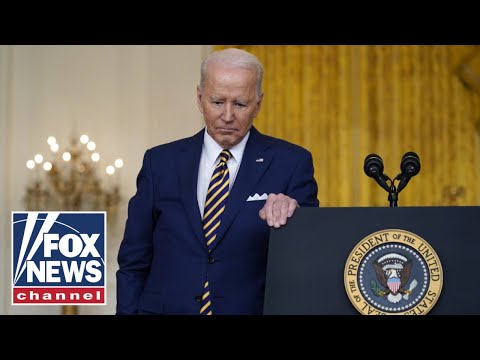 Biden admin torched over bombshell footage: 'Literally breaking the law'
Scratch a liberal and you will find a fascist
donderdag 27 januari 2022 @ 22:10:06 #2

obama heeft veel meer illegale immigranten afgevoerd, trump was een zwakkeling
Gold is the sky, in concentrate
Power in its purest state
Power surge, power will rise
Through the windows and through the skies
donderdag 27 januari 2022 @ 23:23:42 #13

Try not to think of me

Dit is wat ik in de gauwigheid even kon vinden;

[..]
Dit is wat ik in de gauwigheid even kon vinden; 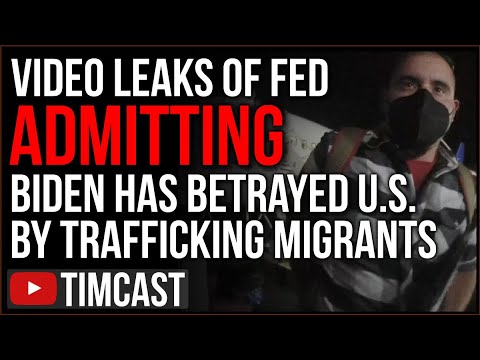 quote:
Leaked video shows illegal migrants landing at Westchester airport on secret charter flight - one of DOZENS carried out on orders of Biden administration: 'The government is betraying the American people'

In the August 13, 2021 footage, Westchester Police Sgt. Michael Hamborsky is captured questioning federal contractors about what exactly is going on

When asked why everything was being done secretly, a contractor tells the officer it is because 'the government is betraying the American people'

Leaked footage shows dozens of illegal migrants landing at a Westchester airport on a secret charter flight in the dead of night, just one of the dozens of such resettlements carried out by the Biden administration last year.

The bodycam footage, obtained through a Freedom of Information Act request by former Westchester County Executive Rob Astorino, shows migrants being flown from southern border states to White Plains, New York, and then on to other parts of the U.S.

In the August 13, 2021 footage, Westchester Police Sgt. Michael Hamborsky is seen questioning federal contractors, who are overseeing migrants embarking and boarding American Dream charter buses in the early morning hours on the tarmac of a Westchester Airport, about what exactly is going on.

The new footage shows Hamborsky speak to multiple contractors, who are employees of MVM Inc., a private security firm that signed a $136 million contract with the federal government last year to transport illegal migrants and unaccompanied children around the country, the New York Post first reported.

In the 51-minute footage, Hamborsky is clearly confused and digging for answers from the contractors.

'You're on a secure facility here; we really don't know anything and we're in charge of security,' he tells a federal contractor at one point.

'This is anti all our security stuff,' he adds.

It has since been revealed that the underage migrants were being secretly flown from Texas to New York for resettlement by the Biden administration as it continues to struggle with the ongoing southern border crisis.

Analysis of online tracking data done by the Post suggests that 21 flights brought around 2,000 migrants caught after crossing the border from Mexico to the Westchester airport since August 8.

In October, the White House commented that the flights have only been carrying children and teens, while the U.S. Department of Health and Human Services (DHS) said: 'It is our legal responsibility to safely care for unaccompanied children until they can be swiftly unified with a parent or a vetted sponsor.'

'Our Office of Refugee Resettlement facilitates travel for the children in its custody to their family or sponsors across the country,' HHS spokesman Jorge Silva told the New York Post.

'In recent weeks, unaccompanied children passed through the Westchester airport en route to their final destination to be unified with their parents or vetted sponsor.'

Astorino, a Republican running for governor of New York, told Tucker Carlson on Wednesday that the video shows a 'complete breakdown of our system.'

'Now they keep saying ''it's just unaccompanied kids.'' Completely a lie. And that these kids were not going to go into our own area. Completely a lie. [They're being put] into schools in Westchester, Long Island, the surrounding suburbs. So it is a complete breakdown of our system. It is a betrayal, as that gentleman said, a betrayal to the American people,' he told the Fox News host.

'Our government is completely out of control right now. They have lied to us. They've lied to the American people,' he said on 'Tucker Carlson Tonight', adding that he personally saw the migrants loaded onto a bus to a Costco, where they were 'then released into cars into the community.'

When Hamborsky asks to see the ID of the MVM contractors, he is told he can only see his state ID, 'but work IDs we're not allowed to.'

'I'm just trying to figure out what's what, who's who and how I'm supposed to keep this secure,' Hamborsky tells the contractors, who give him the lanyards from around their necks.

'We're not allowed to have our picture taken when we get on base,' one of them tells him.

'Yes, and the United States Army,' the contractor replies. 'You're on a federal installation but DHS wants everything on the down low.'

The officer is also captured asking a contractor why they came to a small airport like Westchester.

'You don't want to be in somewhere the spotlight is,' the contractor says.

'You want to try and be as down low as possible. A lot of this is just down-low stuff that we don't tell people because what we don't want to do is attract attention. We don't want the media. Like we don't even know where we're going when they tell us.'

Another contractor tells Hamborsky: 'I get the whole secrecy and all that s**t but this is even above my f***ing pay grade ... the f***k, you know what I mean?'

'And why? You know why?' Hamborsky asks.

'You know why, look who's in office. That's why, come on,' the contractor replies.

'You know why. Because if this gets out, the government is betraying the American people,' the contractor responds.

Another contractor tells Hamborsky that things are running the way they are because the goal is to keep the operation as secretive as possible.

'Listen, my thing is I like to comply but technically we're not supposed to show IDs or anything. Like I said, everything is supposed to be hush hush,' he tells him.

'And if you don't, I could just not let you out,' Hamborsky jokingly replies.

'I don't care if it's military or not... we gotta know who people are,' Hamborsky continues. 'The way TSA works is we're supposed to have a certain designated number (of passengers) for each chaperone. Well, there's 60 kids out here and there's two guys.'

'Two [migrants] grab their bags out here and next thing you know we could be playing tag all night.

'I have to take my shoes off when I get on a plane. These guys are grabbing their bags and getting on buses.'

Later in the video, Hamborsky asks a bus driver where he is taking the migrants, but the driver doesn't have any answers.

'They didn't tell you where it's going?' he asks the bus driver.

'They never do,' the driver tells him.

Illegal crossings began skyrocketing in the months after President Joe Biden was inaugurated - and while the administration initially tried to blame Donald Trump's policies for the increase. Migrants have repeatedly said they made the trek to the U.S. with the belief the new administration would allow them to stay.

The number of migrants arrested at the southern border in the 2021 fiscal year was the highest since 1986, according to data from Customs and Border Protection (CBP).

Border authorities detained more than 1.7 million migrants along the U.S.-Mexico border between October 2020 through September 2021, the data showed.

Biden described the rise in spring 2021 as consistent with seasonal norms. That, however, did not remain true as the highest levels of illegal crossings came during the hottest months of the year, July and August, when more than 200,000 migrants were taken into CBP custody each month.

Biden's team dismissed the crisis at the southern border, refusing to call it just that - a crisis - even as humanitarian issues emerged with overflowing holding and processing centers that reportedly served undercooked or spoiled food to unaccompanied minors, as well as limited outdoor time and shower use.

Vice President Kamala Harris also faced rampant criticism from Republicans and Democrats alike for being largely withdrawn from the ongoing migrant crisis at the country's southern border - a predicament that the president asked her to solve.

Since being named as the American point person on the migrant crisis in March, Harris visited the border region just once in June 2021 when she spent a few hours in El Paso, Texas, before jetting off to her $5 million Los Angeles mansion, where she spent the rest of that weekend.

The politician has also come under fire from other progressives after she declared publicly that undocumented migrants were not welcome in the U.S.

During Harris' sole, brief visit to the region, the politician was not brought to the actual border line, but to nearby immigration facilities where she met with migrant girls aged 9-16.

quote:
Also on board were 12 "chaperones" -- employees of MVM Inc., a controversial private security firm that was a major contractor for the CIA and the NSA in Iraq, and which last year signed a $136 million contract with the federal government to transport illegal migrants and unaccompanied children around the country.