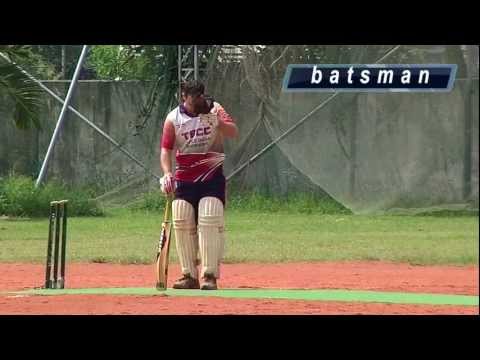 quote:
And that's the close. Australia's day. They skittled England's lower order and now trail by 200 with seven wickets in hand. Steven Smith has looked superb today. England's bowlers worked hard but lacked a cutting edge. Craig Overton's first spell was excellent as he struck twice but then had an injury cloud over him. Overall, though, they remain in the contest. Still, how crucial will the latest lower order demise prove? Questions will be asked about a couple of the shots played. Concerns, too, over Stuart Broad's bowling? Much to ponder. Australia had the day they needed, but things can change. England need to get past Smith (or maybe all the other Australian batsmen!). We'll have plenty more reaction on the site over the next few hours but for now, from Gnasher, Alan and Devia it's goodbye and see you tomorrow.

quote:
5.58pm Mitchell Marsh: "It was a great day for Australia. It's really special to make a hundred in front of my parents and grandparents, they aren't allowed to move while I'm batting..." Gosh, a tough day for the family. Hope the dunnies weren't too packed at the close...

Robert Crichton: "Smith should declare overnight for the simple reason that 229 is the lowest individual score never achieved by a batter in a completed Test innings!" This is the most compelling argument I have ever heard. Won't somebody think of the stats!

Talking of the close, don't forget to have a read of Brydon Coverdale's match report before you go, and remember to tune back in later for all the updates from our team at the WACA - George Dobell, Daniel Brettig and Melinda Farrell. From all of us at Cricinfo, good morning/night, and see you tomorrow.

5.55pm "We've had opportunities, we've not been good enough to take them," admits Paul Farbrace, England's assistant coach. "We think we worked hard today, but we haven't got that extra pace that the Aussies have got, and we haven't got that magical spin..." He's not wrong...

If you are in the UK, and can bear any more misery on this cold, cold December morning, here's a clip of Smith reaching his hundred, courtesy of BT Sport. Or, alternatively, here's a glimpse at my wife's gin collection, which might be more palatable viewing.

5.46pm What a brutal day of Test cricket, dominated by two humungous hundreds from Steve Smith and Mitchell Marsh. They are undefeated in a 301-run stand, and Australia's lead is already an ominous 146. There is the threat of rain tomorrow, but you suspect, two more sessions of Australian accumulation, before England begin the long haul to salvage a draw, and a chance (yes, a chance) of retaining the Ashes with back-to-back wins at Melbourne and Sydney. But, yeah, let's get real. This one is cooked!

quote:
5.18pm: Play has been abandoned, they've thrown in the (sopping wet) towel. That was rather abrupt, but the scenes were quite biblical during that first interruption. So, England's dream survives, at least for one more night... and the forecast is more than a little iffy for tomorrow, too. If they do get out, England face a huge task to save the game, having only got halfway to wiping out a deficit of 259, for the loss of four wickets. Can Malan and Bairstow rescue them again? Or will the rain gods intercede to keep the Ashes burning until Melbourne? We'll find out in the morning; for now, I'll leave you with Brydon's report and our thanks for your contributions. If you just can't get enough, India and Sri Lanka are playing on loop, but from myself, Miller and Varun, it's goodbye for now.

Australia
662/9d
Australia won by an innings and 41 runs

Australia
649/7d
Australia won by an innings and 123 runs

quote:
The Netherlands chances of securing a berth at the 2020 World Cup have received a major blow with the news that experienced opening batsman Stephan Myburgh will return home from South Africa with an ankle injury that requires surgery.

Myburgh injured his ankle at training four weeks ago and was hopeful of being fit for the first match of the ICC World Cup Qualifiers on March 4 against Ireland. Dutch physio Evan Speechly was not happy with his response to treatment and sent him for a scan in South Africa that confirmed the worse. Speechly said the recovery time from surgery would take at least 6-8 weeks, ruling him out of the Qualifiers.
The opener will be replaced in the squad by 18 year old Bas de Leede, who has spent the last two months at the Gary Kirsten Cricket Academy in Cape Town. He will join the team for the last practice match in South Africa, before leaving for Zimbabwe on Friday February 23.

Head Coach Ryan Campbell: “It’s not ideal that’s for sure, losing someone of Stef’s talent and experience is never great and I’m sure we will miss him. In saying that, we keep saying that the depth of our squad has improved and this will provide not only Bas a great opportunity, but also the likes of Max O’Dowd the chance to step up and grab their chance at the top of the order”.

The Netherlands team will play two warm up matches in Zimbabwe against Hong Kong (27 February) and Afghanistan (1 March), before taking on the Irish in their opening match on March 4.