quote:
We’re thrilled to announce that Ancient VVisdom has been add to the lineup for Roadburn Festival 2012 on Thursday, April 12th at the 013 venue in Tilburg, Holland.

Founded in Austin, TX in late 2009, Ancient VVisdom (pronounced “wisdom”) includes alumni of hardcore head splitters Integrity and Iron Age. Their style of honest, accoustic driven, pagan camp-fire doom (not unlike early death rock or neo-folklore) is complimented by lyrics ranging from mysteries of the occult, paganism, satanic philosophy, and forbidden knowledge. By stripping down their music, Ancient VVisdom, led by Nathan Opposition, achieve an unholy ambiance similar to the late occult mentality of the late ‘60s and early ‘70s spearheaded by Anton LaVey, and depicted in the disturbing movies of Kenneth Anger.

Ancient VVisdom‘s debut full-length, A Godlike Inferno, garnished praise from critics and cultists alike, and if you’re seeking the man down south, but are sick of black metal’s inferno machinations, the band’s ritualistic, blackend hymns will leave you in high praise of Lord Lucifer. All hail to thee! 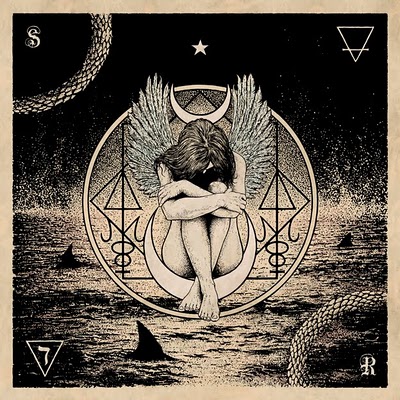 SubRosa - No Help For The Mighty Ones

quote:
Were extremely pleased to report that Nachtmystium will be playing a very special show at Roadburn 2012s Voivod-curated Au-delà du Réel event on Friday, April 13th. For the first and only time, Nachtmystium will play their landmark USBM album Instinct: Decay in its entirety.

When Instinct: Decay was released in 2006, branded as a psychedelic extreme metal record, it was met with deeply divided feedback some highly laudatory and some derisive. 5 years later, the record sounds as good as ever and it seems clear that the derision was merely the backlash of closed-minded black metal fans. Change turned out to be a good thing now Instinct: Decay is hailed as an enormous milestone in USBM history.

In fact, along with Leviathan, Krieg, and Wolves In The Throne Room, Nachtmystium are considered instrumental in forging a unique musical identity for the USBM scene. This is a unique chance to hear the entire album at this one of a kind show, something definitely not to be missed!

Nachtmystium is extremely honored to be a part of Roadburn again, says Blake Judd, The fact that we were picked by one our idols and perhaps the most forward thinking metal bands of all time, Voivod, makes it even more that extraordinary. We decided to do something hopefully just as equally special for everyone there. Well be playing our album, Instinct: Decay, from start to finish. We hope you enjoy it.

quote:
Much to the mutual pleasure of Voivod and ourselves, Witch will be playing a one-off show at the Voivod-curated Au-delà du Réel event at Roadburn 2012 on Friday, April 13th, 013 venue, Tilburg, Holland.

Witch have released two albums, Witch (2006) and Paralyzed (2008) that showcase their energetic music which is perfect for a live setting equal measures of Sabath/Zeppelin inspired heavy 70s rock and Dead Meadow meets The Wipers indie rock.

This will be one epic jam session for fans of shredding psychedelia. Expect hard rock blues, underpinned by the muscular rhythmic sensibilities of kraut-rock, and then have the lid blasted off with the unbridled energy of 70s psychedelic guitar rock.

quote:
Thorriors of the world rejoice, Valient Himself and his minions from Burlatia have been confirmed for Voivods Au-delà du Réel event at Roadburn 2012 on Friday, April 13th at the 013 venue in Tilburg, Holland.

For those who like high energy speed rock-n-roll, sweat drenched heavy metal or ass-shaking punk gospel, Valient Thorr are here to give you what you need. Valient Thorr fires on all cylinders and offer go-for-broke, piston-pushing, classic (hard) rock thats willing to get political on its own blue-collar yet interstellar terms.

Earning a cult following over the years from their hyper-agitated live shows and memorable antics on stage, Valient Thorr will rain down upon Roadburn a memorable intergalactic shitstorm!

quote:
Bong, Englands mystical masters of raga-inspired drone metal, will be returning to the Roadburn Festival in 2012 on Sunday, April 15th at the 013 venue in Tilburg, Holand.

Despite their stoner-simple moniker, Bong bring surprising depth and weight to their musical excursions, probing far beneath the superficial aspects of Black Sabbath-worship into the molten core of the essence of metal.

Bongs deep-delving yields a motherlode of subtle psychedelic riches amidst veins of pure drone which they excavate and manipulate into alloys of startling beauty and massive durability. We are very excited to have them back to Roadburn, unearthing more musical riches to strike us with awe.

quote:
L.A. based sonic cosmonauts Farflung will be be making a triumphant and highly anticipated return to Roadburn for Voivods curated Au-delà du Réel-event at the 2012 Festival on Friday, April 13th at the 013 venue in Tilburg, Holland.

Long time veterans of altering peoples brain chemistry with their heavy psychedelic punk-tinged sounds (over two decades and counting!), Farflung gets a change to reprise their their burning 2009 Roadburn performance, promising more fried minds as a result of their cosmic freakouts.

quote:
Once again, the Roadburn Afterburner scheduled on Sunday, April 15th at the 013 venue in Tilburg, Holland, will be a full-on festival day with bands playing on the Main Stage and the Green Room. Merchandise will be set up at Stage01, formerly known as the Bat Cave.

Whether the Afterburner will mark your fourth consecutive day at Roadburn 2012 or the first, you are in for a massive treat. With an emphasis on avant-garde, doom, outsider metal, dark psychedelica and sludge, this years event sums up everything that our festival has come to represent. The Roadburn Afterburner is perfect for those who want to experience the essence of Roadburn in just one day rather than attend the entire weekend. For Roadburn veterans, it is the ultimate way to stay on this planet we call home a little longer.

We are thrilled to announce that headliner Coroner will be bringing their amazingly tight brand of technical thrash metal to the 2012 Afterburner. The rest of the line-up is bursting with fantastic bands. With both Yob (Catharsis) and Bongripper (Satan Worshipping Doom) playing entire album sets, there is no shortage of psychedelic and instrumental doom. And do not miss the old school doom-riffage of legendary US-doomsters Internal Void who will be making a rare European appearance.

Dutch outsider black metal / doom experimenters Urfaust will bring their unique musical vision to the festival with an uncommon live appearance. The Mount Fuji Doomjazz Corporation, the improvisational side project involving members of The Kilimanjaro Darkjazz Ensemble, will cook up a heady mixture of sounds and sights with a film and music project at the Afterburner.

Relax in the ethereal buzz of Bong, get your post-metal / post-rock fix with Atlantis before submitting to a final dose of pummeling heaviness from Dragged into Sun Slight, Fleshpress and Black Cobra.