This image from the Opportunity rover shows an extreme close-up of round, blueberry-shaped formations in the martian soil near a part of the rock outcrop at Meridiani Planum called Stone Mountain. Scientists are studying these curious formations for clues about the soil's formation.

This image from the Opportunity rover shows an extreme close-up of round, blueberry-shaped formations in the martian soil near a part of the rock outcrop at Meridiani Planum called Stone Mountain. Scientists are studying these curious formations for clues about the soil's formation. 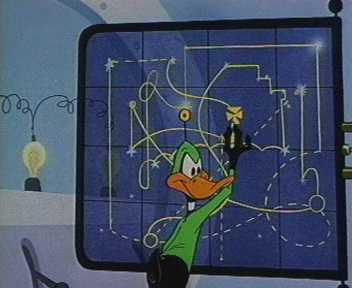 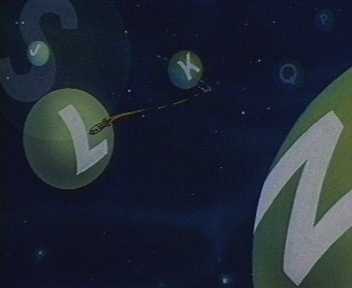 An aerospace executive warned a presidential commission Wednesday
that NASA does not have enough money
-- or bright young stars -- to achieve President Bush's
goal of returning astronauts to the moon and flying from there to Mars.

The Mars rover Spirit, after a standstill
caused by a cold shadow, rolled another
80 feet toward a crater that it should reach
within the next three weeks.

to baldly go where no man has ever gone before Spirit leaves Laguna Hollow and is resuming the journey toward the rim of a crater dubbed "Bonneville,"

NASA's Mars Exploration Rover Opportunity casts a shadow over the El Capitan area that the rover is examining with tools on its robotic arm. Opportunity took this image with its front hazard-avoidance camera on Feb. 23, 2004, during the rover's 29th martian day, or sol. Opportunity used its rock abrasion tool to grind a small hole into Opportunity Ledge later on sol 29 to prepare for using the other tools on its arm to analyze the freshly exposed rock during subsequent sols.

[quote]
ESA prepares mission to search for life on Mars -23 February 2004-
Before humans can leave their boot prints on the dusty surface of Mars, many questions have to be answered and many problems solved. [...] Through its long-term Aurora Programme of solar system exploration, ESA is already preparing a series of robotic missions that will reveal the Red Planet’s secrets and pave the way for a human expedition in decades to come.

A major step towards the realisation of this ambitious robotic programme was completed this week with the selection of two industrial teams to carry out the detailed design of the ExoMars rover and its Pasteur payload of scientific instruments. [...]
ExoMars , which is scheduled for launch in 2009, includes an orbiter and a descent module that will land a large (200 kg), high-mobility rover on the surface of Mars. After delivery of the lander/rover, the ExoMars orbiter will operate as a data relay satellite between the Earth and the vehicle on the Martian surface. [...]
[quote]

[quote]
These are some of the highlights of the current Aurora roadmap:

2009 – ExoMars, an exobiology mission to send a rover to Mars in order to search for traces of life – past or present – and characterise the nature of the surface environment.

2011 / 2014 – Mars sample return, a split mission to bring back to Earth the first samples of Martian material

2018 – a technology precursor mission to demonstrate aerobraking/aerocapture, solar electric propulsion and soft landing (formerly envisaged as a smaller Arrow-class mission to be launched in 2010)

2024 – a human mission to the Moon to demonstrate key life support and habitation technologies, as well as aspects of crew performance and adaptation and in situ resources utilisation technologies

“This plan is based on inputs from industry and previous working meetings, as well as deliberations with the Aurora Exploration Programme Advisory Committee,” said Dietrich Vennemann, head of the Aurora long-term planning team.

“This is Europe’s roadmap, and its implementation will take into account co-operation with international partners. We see this objective as an ambition for humanity,” he explained. “Aurora is Europe’s opportunity to fulfil this ambition.”
[quote]

The engineering and science teams are preparing to brush and then grind "Humphrey" with Spirit's rock abrasion tool. The hope is to remove as much dust as possible so they can examine the coating and then the exposed undersurface after grinding with the cameras and the miniature thermal emission spectrometer.