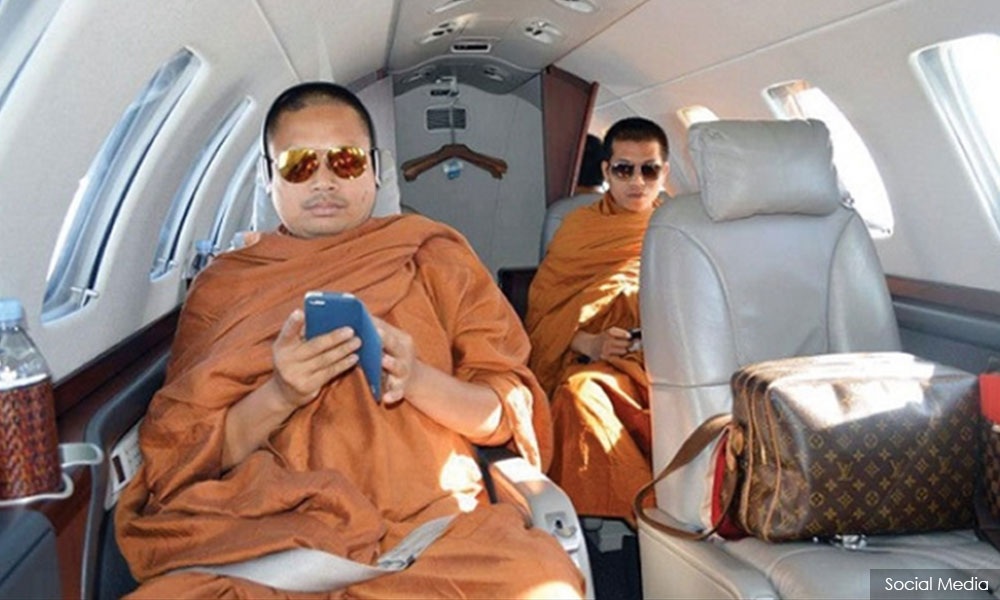 Try not to think of me Een tempel in het Bung Sam Phan-district.
“My soul is impatient with itself, as with a bothersome child; its restlessness keeps growing and is forever the same. Everything interests me, but nothing holds me.” ― Fernando Pessoa
vrijdag 2 december 2022 @ 12:25:02 #19

quote:
Buddhism is so revered in our Thai culture it is custom for all Thai men to become a monk at some point in their lives, even if only for a short period of time. It’s thought that this tradition brings with it good karma and merit.

quote:
Temporary ordination is the norm among Thai Buddhists. Most young men traditionally ordain for the term of a single vassa or rainy season (Thai phansa), three months or so. Those who remain monks beyond their first vassa typically remain monks for between one and three years, officiating at religious ceremonies in surrounding villages and possibly receiving further education in reading and writing (possibly including the Khom or Tai Tham alphabets traditionally used in recording religious texts). After this period of one to three years, most young monks return to secular life, going on to marry and start a family or going on to higher education or the military. Young men in Thailand who have undergone ordination are seen as being more suitable partners for marriage; unordained men are euphemistically called "unripe", while those who have been ordained are said to be "ripe". A period as a monk is a prerequisite for many positions of leadership within the village hierarchy. Most village elders or headmen were once monks, as were most traditional doctors, spirit priests, and some astrologists and fortune tellers. Thai society also sees short ordination as an appropriate transition from things like being discharged from the military and going back to civilian life.

In a country where most males can be ordained as monks for even short periods of time, the experience can be profitable. The Thai musician, Pisitakun Kuantalaeng, became a monk for a short period following the death of his father in order to make merit. He observed that, "Being a monk is good money,... When you go and pray you get 300 baht [about £7] even though you have no living expenses, and you can go four times a day. Too many monks in Thailand do it to get rich. If you become a monk for three months you have enough money for a scooter."

quote:
The Thai media often reports on Buddhist monks behaving in ways that are considered inappropriate. There have been reports of sexual assault, embezzlement, drug-taking, extravagant lifestyles, even murder. Thailand's 38,000 temples, populated by 300,000 monks, are easy targets for corruption, handling between US$3 to 3.6 billion yearly in donations, mostly untraceable cash. In a case that received much media attention, Luang Pu Nen Kham Chattiko was photographed in July 2013 wearing Ray-Ban sunglasses, holding a Louis Vuitton bag full of US dollars, and "...was later found to be a trafficker of methamphetamines, an abuser of women and the lover of a pregnant fourteen-year-old."