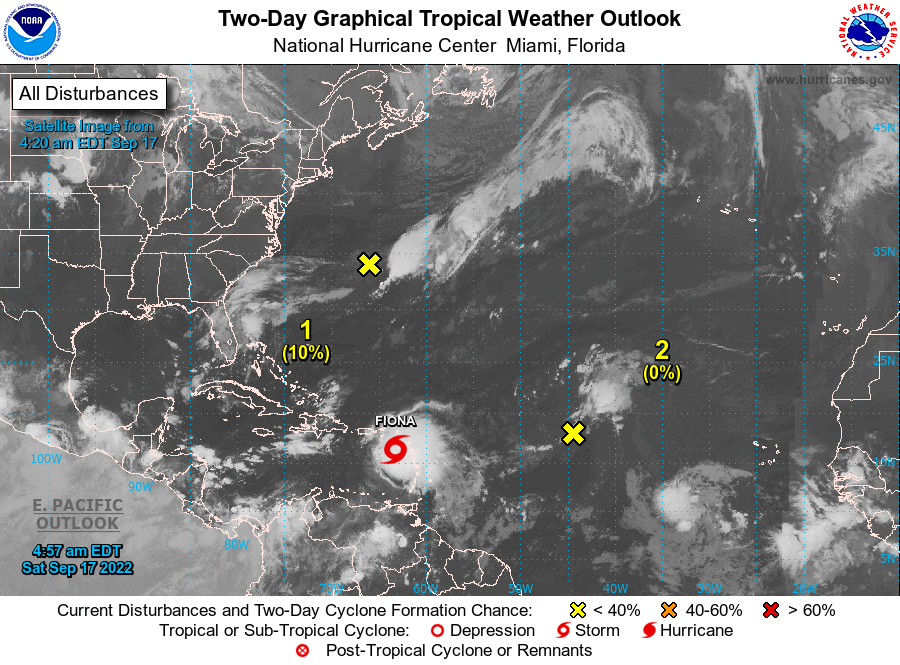 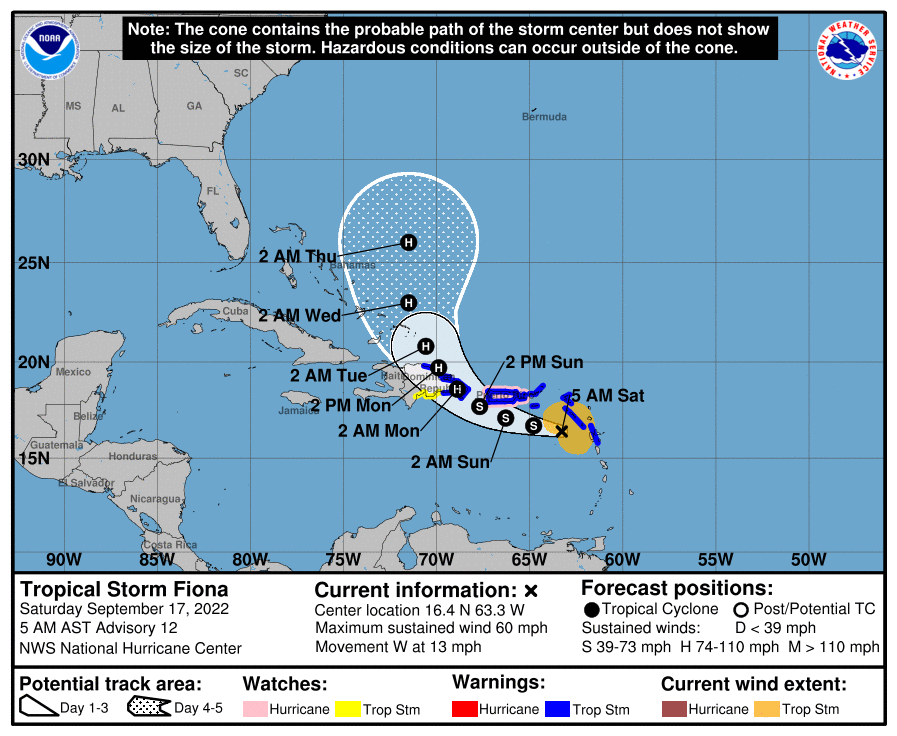 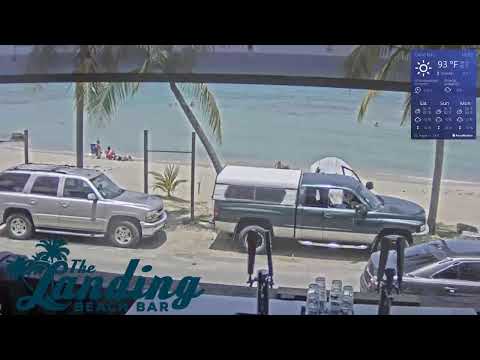 Fiona's center has entered the northeastern Caribbean after passing over Guadeloupe. Tropical-storm-force conditions will continue in the northern Leeward islands Saturday morning.

The worst of the rain and gusty winds are occurring on the central Lesser Antilles now after the center has passed because most of the thunderstorm activity is on the eastward side of the system due to wind shear.

O​n this track, Fiona will move near or just south of the U.S. Virgin Islands and Puerto Rico this weekend, then into Hispaniola Sunday night or Monday. A slightly more favorable environment may allow for some intensification this weekend and Fiona could strengthen into a hurricane as it tracks near Puerto Rico and Hispaniola (the Dominican Republic and Haiti).

A​fter that, uncertainty grows because of that possible land interaction, but some intensification is expected once Fiona reaches the waters north of Hispaniola. 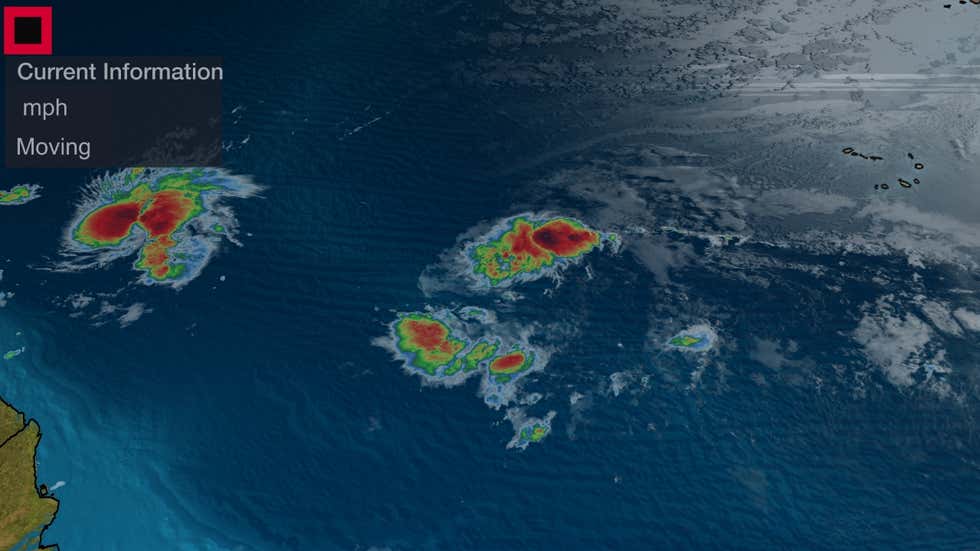 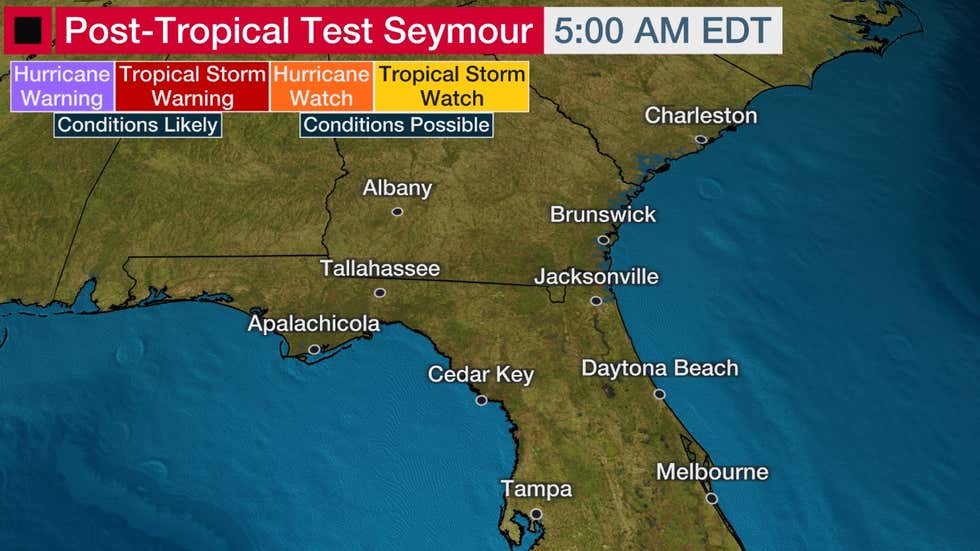 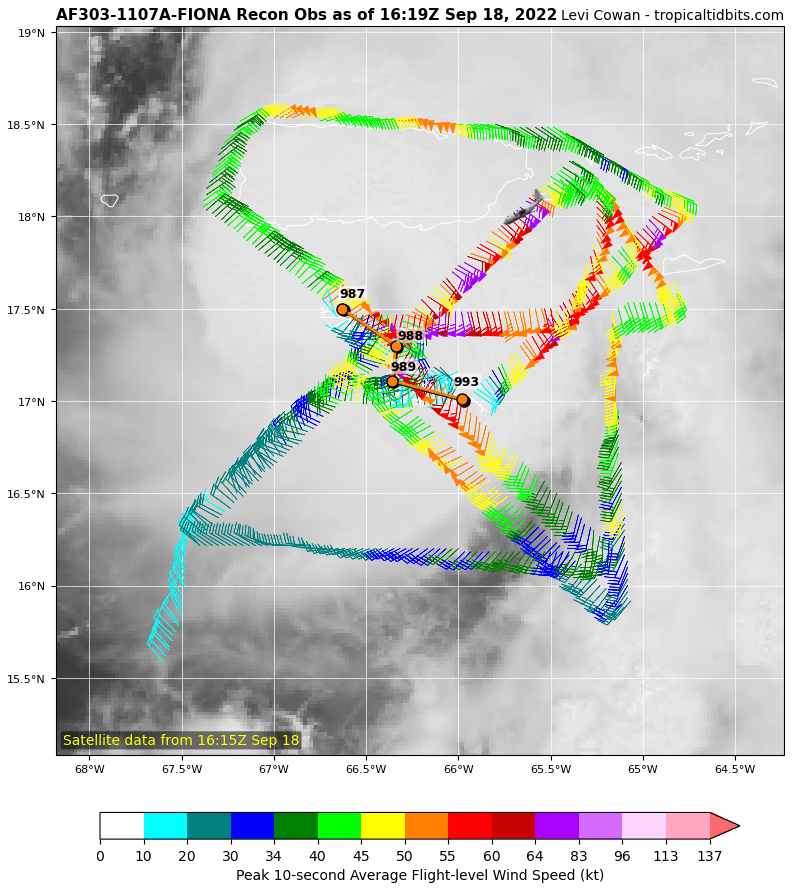 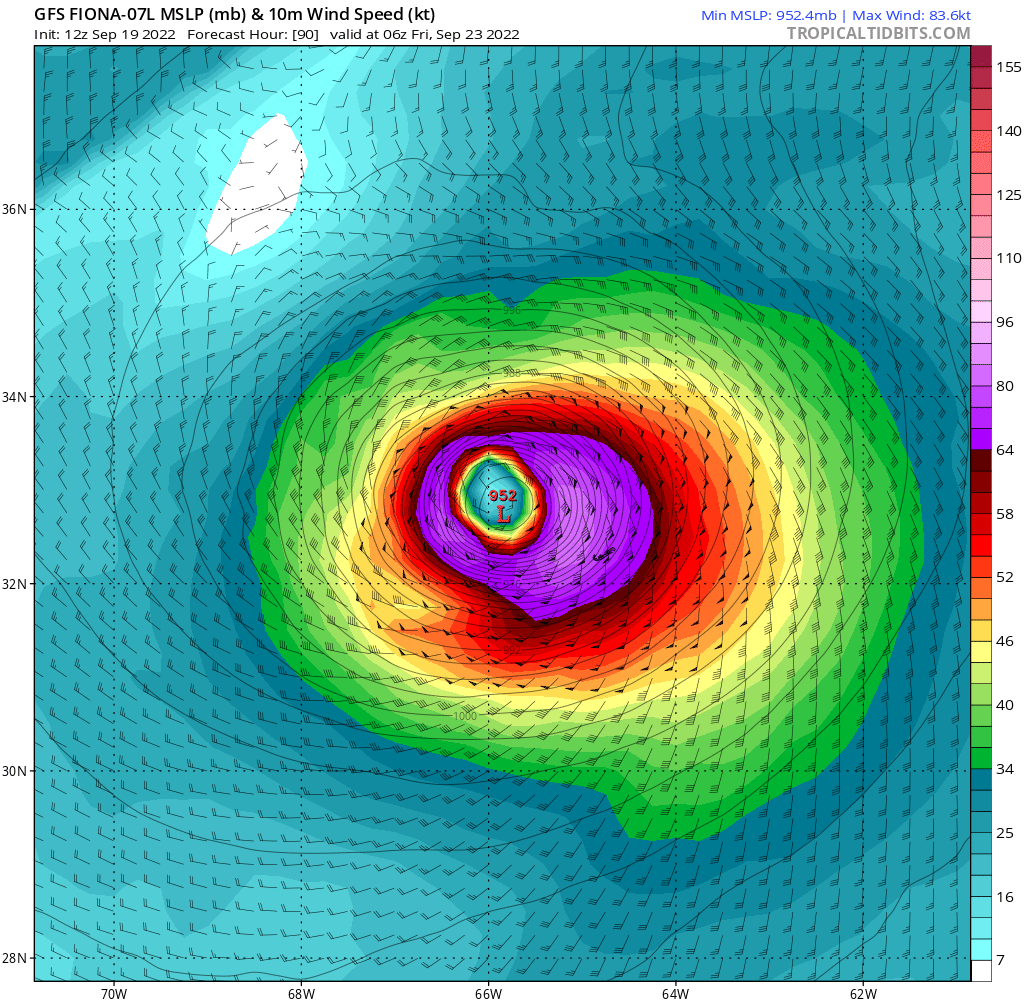 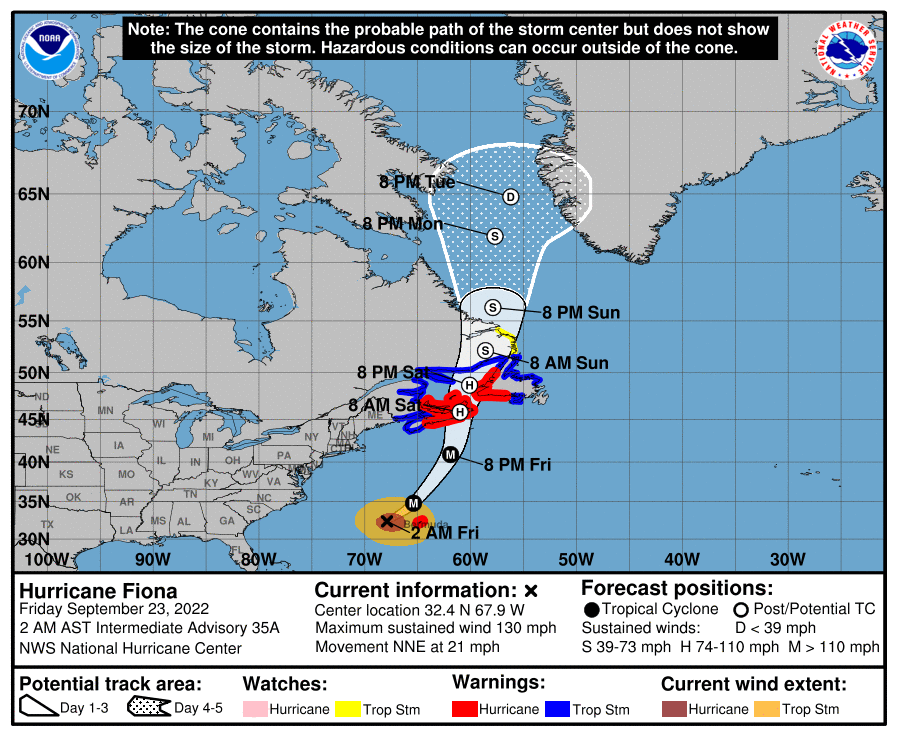 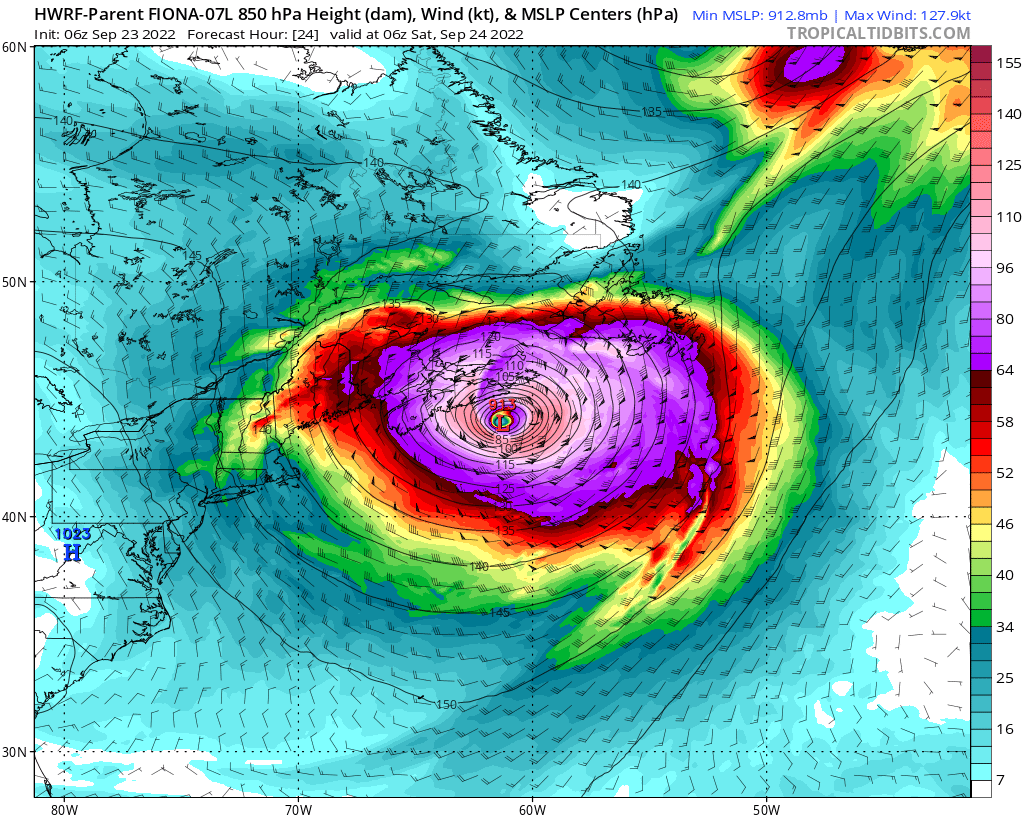