https://qr.ae/pv5NPN
What is the chain of events that led to the most recent Israel - Gaza escalation? I'm talking about operation break of dawn.

Ever since 19 Israelis were killed by terror attacks a couple of months ago, the IDF has been making almost daily raids into the Jenin area, where the terrorists are concentrated, and where the Palestinian Authority has no more control. They engage in daily gunfight battles there, and they thwart terror attacks at least once a week. Finally this week they got to the head of the Islamic Jihad on the West Bank and arrested him.

The Jihad threatened reprisal, threats that Israeli intelligence took seriously enough so that all trains in the range of Gaza stopped, if you worked in Ashkelon and had to get to Beer Sheva you couldn’t, everybody living in missile range of Gaza was told to stay home or within reach of bomb shelters, and life pretty much stopped in that area.I guess the government figured we couldn’t go on that way. It’s possible the fact that this is just before elections had an effect - if there were massive missile strikes, Netanyahu could say it was all because he wasn’t in power, and nobody was going to elect a party that couldn’t keep Israeli lives safe.The IDF is taking pains not to harm Hamas but only the Jihad. I hope they succeed, for my sake of course but also for the Gazans, who have been issued thousands of work permits to come work in Israel, and can finally make enough money to keep their heads above water. If there’s a large scale war and Hamas gets involved that would probably end.

quote:
Foreigners must tell the Israeli defence ministry if they fall in love with a Palestinian in the occupied West Bank, according to new rules.

If they marry, they will be required to leave after 27 months for a cooling-off period of at least half a year.

It is part of a tightening of rules on foreigners living in, or wanting to visit, the West Bank.

Palestinians and Israeli NGOs have accused Israel of "taking restrictions to a new level".

The new rules are due to come into force on Monday.

The regulations laid out in a lengthy document include a demand on foreigners to inform the Israeli authorities within 30 days of starting a relationship with a Palestinian ID holder.

New restrictions on Palestinian universities include a quota for 150 student visas and 100 foreign lecturers, while there are no such limits in Israeli ones.

Businesspeople and aid organisations say they will also be severely affected. The rules set strict limitations on the duration of visas and visa extensions, in many cases preventing people from working or volunteering in the West Bank for longer than a few months.

"They make it much more difficult for people to come and work in Palestinian institutions, volunteer, invest, teach and study."

'One state, two systems'
Israel captured the West Bank from Jordan in the 1967 Middle East War. Today, Cogat, a unit of the Israeli Ministry of Defence, is responsible for the administration of its occupation of the Palestinian territory.

The new 97-page Cogat order is titled Procedure for entry and residence of foreigners in the Judea and Samaria area - the biblical name Israel uses for the West Bank. It was first published in February, but its introduction has been delayed.

Qalandiya checkpoint in the West Bank
IMAGE SOURCE,GETTY IMAGES
Image caption,
Israel says the restrictions are necessary for its security
The document says it sets out to "define the levels of authority and the manner of processing for applications from foreigners who wish to enter the Judea and Samaria area".

It cites interim peace agreements reached in the 1990s, which required Israeli approval to grant residency to spouses and children of Palestinian residents of the West Bank and Gaza, and approve visitor permits.

The new rules do not apply to those visiting Israel as well as Palestinian-controlled parts of the West Bank, nor Jewish settlements. In such cases, entry involves the Israeli immigration authorities.

The PLO - the umbrella body representing the Palestinian people - has said they bring in "apartheid regulations that impose a reality of one state and two different systems".

The BBC contacted Cogat for a response but did not receive one. Israeli authorities say that restrictions on travel into the territory are needed for security reasons. 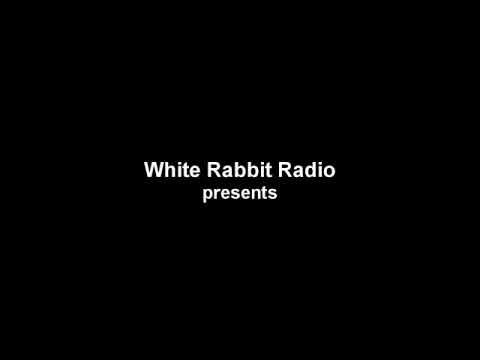 Israel needs multiculturalism
“My soul is impatient with itself, as with a bothersome child; its restlessness keeps growing and is forever the same. Everything interests me, but nothing holds me.” ― Fernando Pessoa
zaterdag 3 september 2022 @ 21:04:42 #139