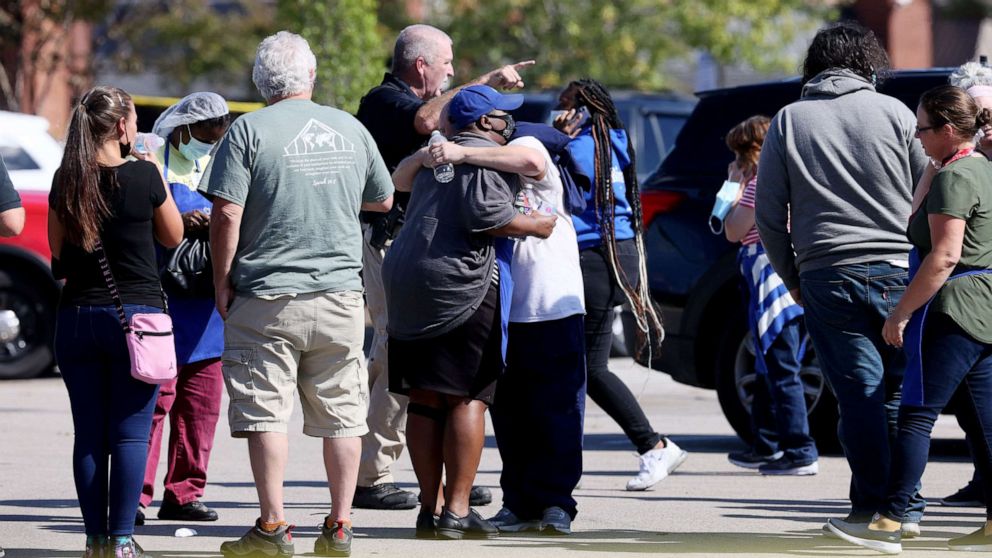 One person was killed and 13 others were hurt in a shooting at a Kroger grocery store in Collierville, Tennessee, near Memphis, authorities said.

Police said there were "very serious" injuries among those taken to the hospital. Twelve people were transported for injuries, while at least one person walked into the hospital.

Some hid in freezers and locked offices when the gunfire broke out at about 1:30 p.m. local time, police said. One employee fled to the roof and was escorted to safety by police.

1 dode in een druk winkelcentrum.
Ze kunnen blij zijn dat het een amateur was.
Deceit for a lifetime has taken it's toll.
An emotional void, I feel numb and cold.
You're all dead to me now. And has been for long.
The time has come to reap what you've sown.
zaterdag 25 september 2021 @ 14:53:37 #19