There was a conspiracy unfolding behind the scenes, one that both curtailed the protests and coordinated the resistance from CEOs. Both surprises were the result of an informal alliance between left-wing activists and business titans. The pact was formalized in a terse, little-noticed joint statement of the U.S. Chamber of Commerce and AFL-CIO published on Election Day. Both sides would come to see it as a sort of implicit bargain–inspired by the summer’s massive, sometimes destructive racial-justice protests–in which the forces of labor came together with the forces of capital to keep the peace and oppose Trump’s assault on democracy.

This is the inside story of the conspiracy to save the 2020 election, based on access to the group’s inner workings, never-before-seen documents and interviews with dozens of those involved from across the political spectrum. It is the story of an unprecedented, creative and determined campaign whose success also reveals how close the nation came to disaster. “Every attempt to interfere with the proper outcome of the election was defeated,” says Ian Bassin, co-founder of Protect Democracy, a nonpartisan rule-of-law advocacy group. “But it’s massively important for the country to understand that it didn’t happen accidentally. The system didn’t work magically. Democracy is not self-executing.”

That’s why the participants want the secret history of the 2020 election told, even though it sounds like a paranoid fever dream–a well-funded cabal of powerful people, ranging across industries and ideologies, working together behind the scenes to influence perceptions, change rules and laws, steer media coverage and control the flow of information. They were not rigging the election; they were fortifying it. And they believe the public needs to understand the system’s fragility in order to ensure that democracy in America endures.

Dat is er wel, zoals bij iedere verkiezing in de VS. De vraag is of het in een significante mate was.

Dat is er wel, zoals bij iedere verkiezing in de VS. De vraag is of het in een significante mate was. 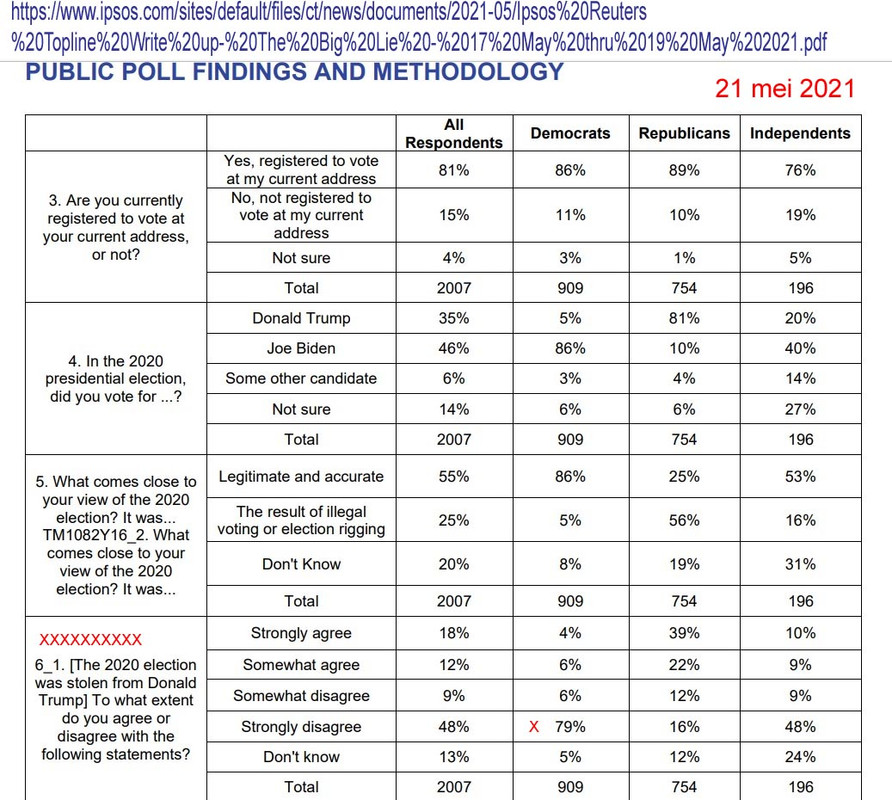