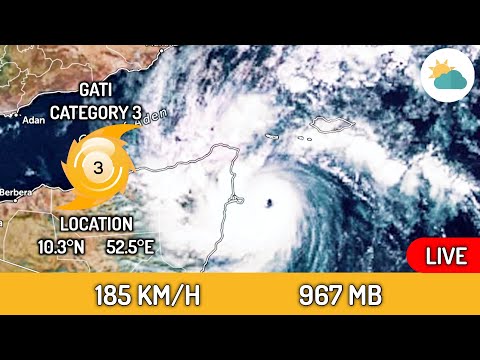 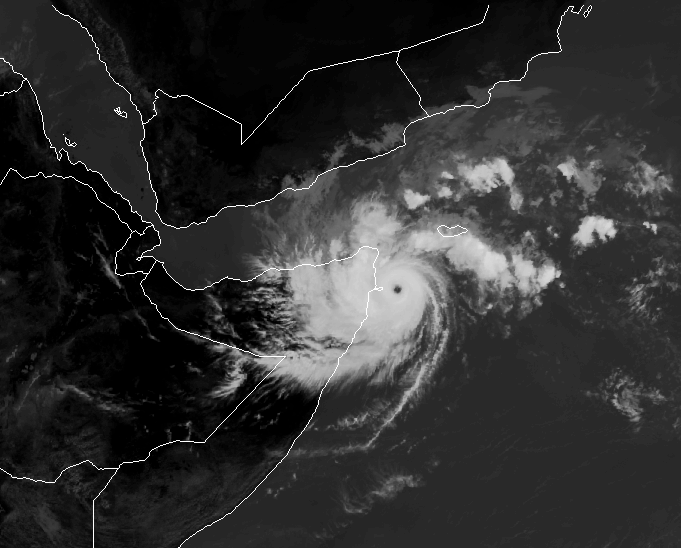 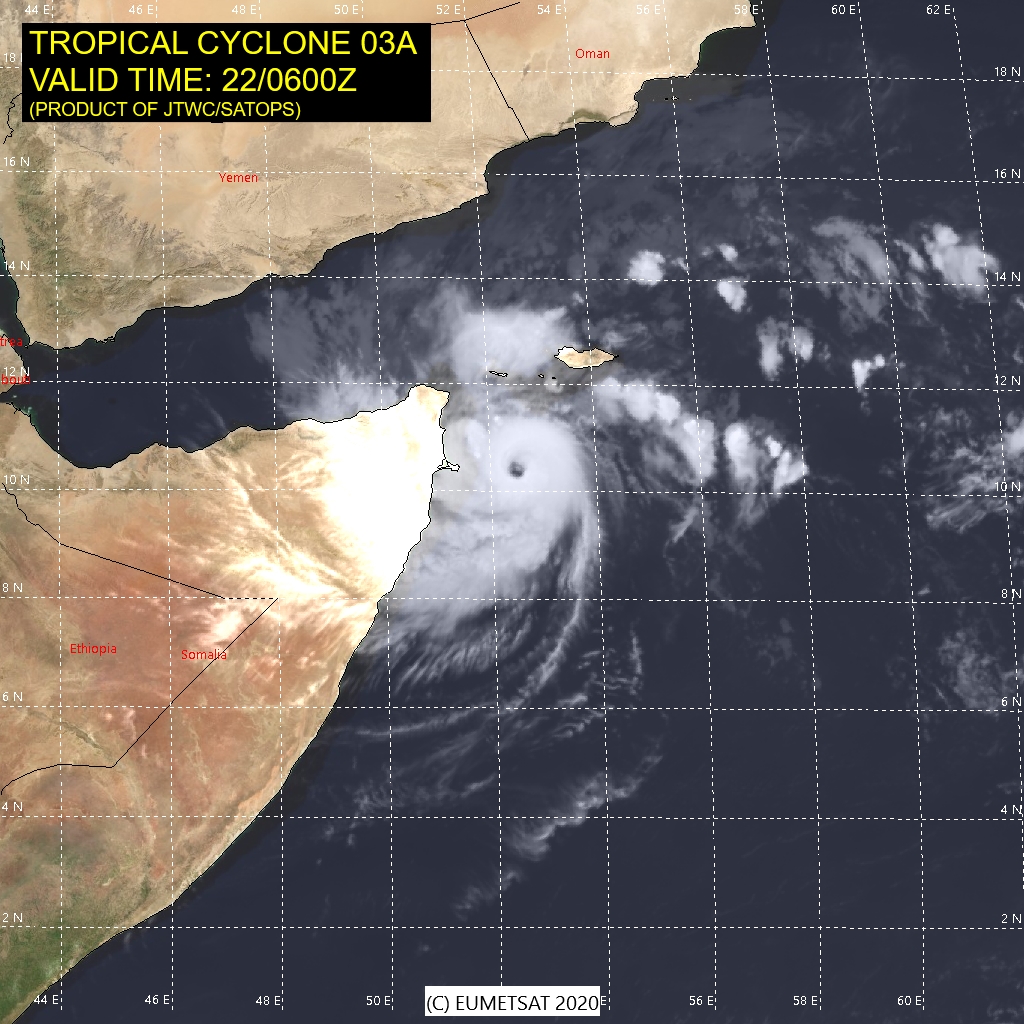 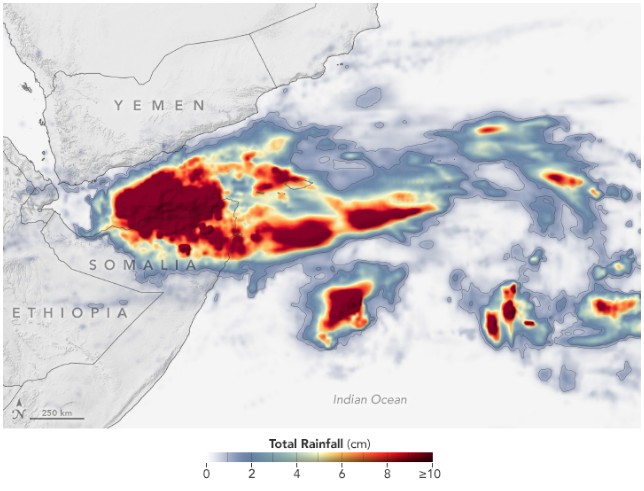 quote:
Gati leaves trail of destruction in Somalia
Tropical Cyclone "Gati" made historic landfall in Somalia on November 22, 2020, with maximum sustained winds of 170 km/h (105 mph) - category 2 hurricane equivalent on the Saffir-Simpson scale - making it the strongest storm to hit Somalia since satellite records began 50 years ago.

The cyclone brought more than a year's worth of rain to the region in 48 days and left at least 8 people dead in Somalia. At least 5 Yemeni fishermen have died after their ship was caught in the storm near the coast of Somalia.

The storm left behind significant physical and economic damage, especially in the Bari region, FAO reports.

More than 700 houses were destroyed, several boats and fishing gears damaged, and loss of a large number of livestock.

This has led to the loss of livelihood for most families and may take time and huge financial input to replace the loss, FAO said.

GPM's IMERG estimated much of the region received more than double it usually sees in a whole year (100 mm / 4 inches in 12 months). The city of Bosaso, one of the worst-hit areas, reported 128 mm (5 inches) of rain in 24 hours.

"These rains have brought upon us a huge calamity. Several villages were severely affected by the floods, but the hardest hit is our coastal city of Bosaso," Abdisamad Abwaan, Governor of Bosaso town said.

It entered history as the strongest known tropical cyclone to make landfall in Somalia and the strongest ever recorded in this part of the planet -- further south than any category 3 equivalent cyclone in the North Indian Ocean, according to Sam Lillo, a researcher with the National Oceanic and Atmospheric Administration's Physical Sciences Laboratory.

In addition, its rapid intensification from 65 km/h (40 mph) to a peak of 185 km/h (115 mph) in just 12 hours is the largest on record for any tropical cyclone ever recorded in the Indian Ocean.