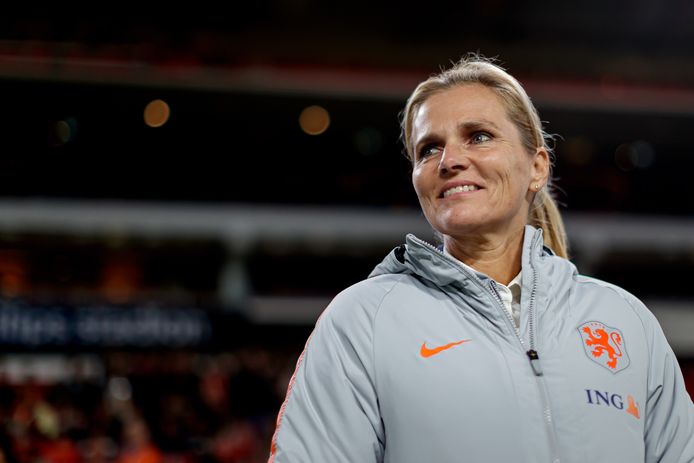 The FA is in negotiations with the former Netherlands midfielder, whose team won the 2017 European Championship and reached the 2019 World Cup final.

England-born ex-USA manager Jill Ellis, who has won the past two World Cups, is also thought to be in the running.

One of the negotiating points is whether Wiegman would be appointed before the rescheduled Tokyo Olympics in 2021 and therefore manage the Great Britain team.

The Games in Japan are due to take place from 23 July to 8 August.

Neville's contract is set to run until July 2021, meaning he could take charge of Team GB should Wiegman prefer to remain with the Netherlands for that tournament.

The FA hopes the situation could be resolved this week or next.

Last month, the FA revealed it had 142 applicants for the job, with head of women's football Baroness Sue Campbell saying: "The players deserve the best and I want to get them the best if I can."

Having reached the semi-finals of their past three major tournaments, England want to appoint someone who can take them to the next step.

Wiegman led her side to glory as hosts at Euro 2017, where they beat the Lionesses - then managed by Mark Sampson - 3-0 in the last four.

Wiegman is well-acquainted with the English game and there are several Netherlands internationals who play in the Women's Super League - including forward Vivianne Miedema and midfielder Danielle van de Donk at Arsenal and Manchester United midfielder Jackie Groenen.

Oh jee, vrouwenvoetbal.
Nou, hier gaan alleen maar serieuze reacties op komen.
Deceit for a lifetime has taken it's toll.
An emotional void, I feel numb and cold.
You're all dead to me now. And has been for long.
The time has come to reap what you've sown.
Moderator / Redactie Sport donderdag 13 augustus 2020 @ 18:49:41 #4